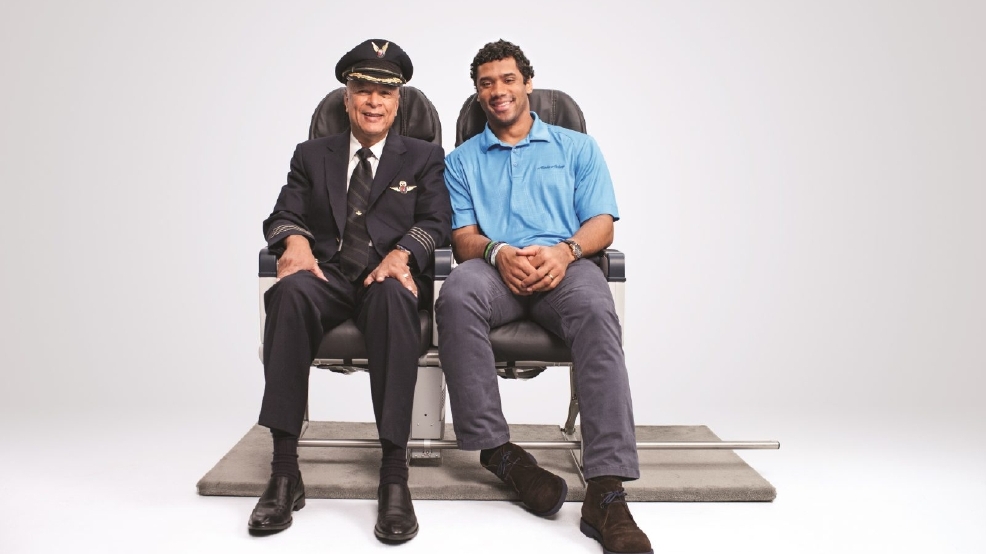 Obviously Russell Wilson is the star in his Alaska Airlines commercial, but you might remember his co-star too. This is CaptainMike Swanigan, fondly referred to as Captain Swani.

Captain Swani has flown with Alaska Airlines for 36 years, and flew his final retirement flight this past weekend. Co-star Russell Wilson surprised him at the airport during his send-off.

While starring with Wilson was an exciting highlight of his career, it was nowhere near the only one. Swanigan was the second African-American pilot hired at Alaska Airlines, and eventually the company's first African-American vice president.

"I was nervous coming into that environment in the airline business," said Swanigan. "But I was really welcomed by senior pilots at Alaska; they took me under their wing and mentored me."

Another stand out? The inaugural flights to Russia in 1991.

"It was exhilarating and scary building the bridge between Russian and American people," he said.

Retired Alaska Airlines pilot David Smith said that Swanigan has never sought out success and recognition - it has always found him.

"Mike's humor is never at anyone's expense; it's powerful stuff," Smith said. "He makes sure everyone has a good time; he never strips anyone of their dignity."

Congrats Captain Swani. We will miss you in the skies!