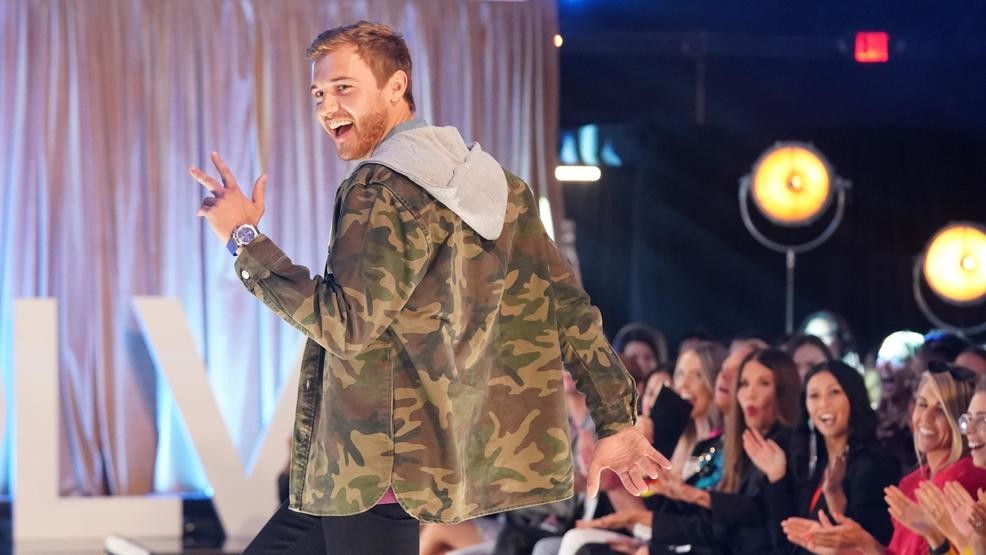 Rose Recap: What happens when no one likes the Bachelor on 'The Bachelor'?

Every week before the next episode, we hold a Bachelor Round Table with our staff to recap the last episode and guess as to what's coming. If you want more #BachelorRoundtable, join our Facebook group - where we post rankings, discussions, and general Bachelor Nation gossip all week long. Our Round Table this week is made up of TV producer Brandon Burnstead, sales lead Mike Oboy and web editors Britt Thorson and Gena Wynkoop.

Brandon: This week the tears will be a'flowing on 'The Bachelor' - but first we’ve got to talk about last week’s episode, which was one of the most bonkers two hours I have seen on this franchise. And it starts with Chris Harrison telling the women they are going to the beautiful city of Cleveland, Ohio.

Britt: This was, without a doubt, one of the funniest reactions the women have ever had to saying 'Here’s where we're going!" There were crickets, there were crickets. You could hear them audibly and as much as Chris Harrison and Peter try to sell it, the girls aren’t fooled. It’s still Cleveland.

Gena: They were literally waiting for something, for some better news and it was just 5 seconds of 'Ahh'. And then 'Okay, alright ladies, we’re going to Cleveland.'

Mike: Whatever the city of Cleveland paid for that, they did not get their value. I don’t care what ABC showed, that reaction alone cost them money.

Brandon: Peter really tries to oversell it when he arrives in town and he proclaims that Clark Kent, Superman, is from Cleveland, which - by the way - is completely false. So he couldn’t come up with a fun fact that was actually true about the city of Cleveland.

Britt: Alright, we’re in Cleveland. There’s nothing we can do about it now. We might as well fly in some sort of mobile aircraft because remember, Peter is a pilot. So that’s exactly what he does on a One-on-One date with Victoria F. They have the usual wonderful time riding some rides. She’s scared, 'Waaa I don’t think I can do it'. She does it. 'Peter hold me'. And then they go to 'The Bachelor' trope we all know and love - a private concert just for them.

Brandon: Peter informs us that Victoria is a big country music fan, so he’s so excited because the musical guest this week is one Chase Rice, a legitimately successful country artist. As Victoria walks up to the stage and hears the first strands of this song...her reaction is like high art. Why you might ask? Because Victoria apparently dated Chase Rice.

Britt: As she’s walking towards the stage and it’s becoming clearer and clearer what’s happening - you can see the panic setting in, in her eyes. And Peter meanwhile, bless his damn heart, is just skipping. Just geeked to be at this concert and seeing Chase Rice. He’s like a little boy in a candy shop and Victoria is like shrinking into herself.

Mike: That’s the best part of it. You have Peter who is so beside himself, can’t clue in to the fact that this woman is not at the same emotional level that he is about this concert. It doesn’t even cross his mind that there could be something wrong.

Britt: The producer who got Peter to say 'Maybe Chase Rice will play at our wedding' deserves a huge bump in salary.

Gena: The two go to dinner together and Victoria is having a Stage 10 Meltdown about breaking the news to Peter. Newsflash Victoria, everyone has an ex okay? Let’s not make this a huge deal. Not a fan of Victoria. She brings way too much drama.

Brandon: After copious tears, Peter does give Victoria a rose. She remains and then we get a really landmark group date. The women play legitimate tackle football at the Cleveland Browns stadium. It is a rough and tumble ballgame, but the night portion of this date is what really makes it an all-timer.

Gena: I do have to say I’m a little confused about the relationship between Victoria P. and Alayah. Turns out Alayah shows up to clear her name. There’s something that was said about her by Victoria P. that wasn’t correct. And again, more questions than answers. What happened between the two, we don’t really know.

Britt: In any situation on a group date, this would have been bad news, but this was an especially awful time for Alayah to walk in. You have 13 women who have literally been on the field bruising themselves for some one-on-one time with this Bachelor, and then not only does this villain walk in and take him to the side, he brings her back out and hands her the Group Date Rose. If I was one of those women, I would have tackled the hell right out of Peter.

Mike: And he deserved it. I mean, he should be put out on the field and they run over him back and forth, back and forth because he can’t make a good decision to save his life.

Gena: I think the thing about Peter is that he’s such a sweet guy, he now becomes a doormat. He thinks everyone is telling him the truth. There’s a liar somewhere in the mix. We don’t know who it is.

Brandon: Peter’s biggest issue is he believes whichever woman he talked to last. He talked to Victoria and believed what she said. Then he talked to Alayah and believed what she said. Now he doesn’t know who to believe, which brings us to a key question. Is Peter good at being the bachelor? An investigative study. And here are four key questions. Does he take charge of situations? No. Just objectively he doesn’t. Is he good at conflict resolution? Absolutely not. This entire season has been about conflict. If Peter had just kicked one of these women off the show, he can’t do that because he sees them and he’s like 'Oh they’re hot'. Conflict resolution. No he doesn’t get that. The final question. Do the women like him? We have discussed this ad nauseam. The answer, unequivocally is no. Oh for four. To me that says that Peter, while a good guy, is not actually good at being the Bachelor.

Britt: At this point in time, the women are in full mutiny. We don’t know if anyone really likes Peter and right about then we get the 'To be continued...' that Bachelor producers are so fond of giving us.

Brandon: We’ll see if Peter can, in fact, resolve a conflict tonight on 'The Bachelor' and get ready because it’s a two episode week. So we’ve got four hour of this show. It’s going to be exciting.