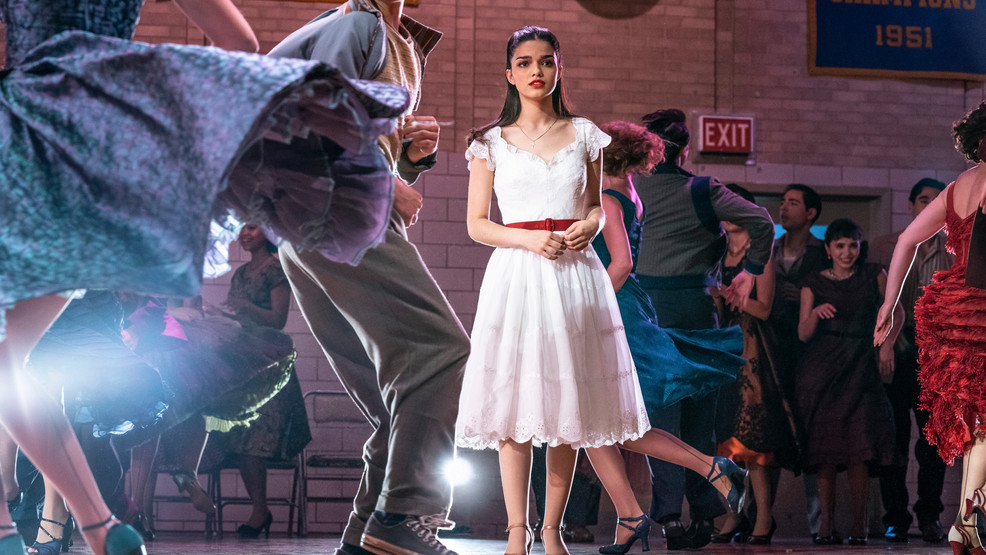 Review: 'West Side Story' is like a feast for the senses

Successfully reimagining a property so beloved, so highly ingrained in popular culture, and the hearts of steadfast fans can feel like an impossible feat. But Steven Spielberg, arguably one of the greatest (and certainly one of the most box office-friendly) directors in the history of cinema, has achieved just that.

The 1957 musical, itself based on Shakespeare's "Romeo and Juliet," has been reconfigured and cinematized into a glorious, meaty, entrancing new version of "West Side Story," a film that is like a feast for the senses. If you try hard enough, you can almost feel the sweat dripping off the dancers and smell the juicy, bedrock themes of love triumphing over hate and the destructiveness of xenophobia.

Spielberg doesn't just seek to repeat what worked so well in the 1961 film version, which won 10 Academy Awards including Best Picture. He keeps the things we want to see unchanged — the dancing, the music which moves the action and operates more as its own character than merely an accompaniment and the star-crossed chemistry between Maria and Tony that pops off the screen — but allows for a new generation of viewers to enjoy the story without the problematic bits of the original.

For one, the silver screen Maria portrayed by Natalie Wood — undoubtedly a wonderful actress — put on a forced Puerto Rican accent despite her own Russian ancestry. The members of the Puerto Rican gang known as the Sharks were predominantly played by non-Latinx actors, including George Chakiris, who starred as Maria's brother and the leader of the Puerto Rican gang Bernardo. It is a tough watch through our current lens, 60 years after its release.

Refreshingly, our new female leading lady, Rachel Zegler, not only has Columbian roots, but she's a bonafide star on the rise. She nails the musical numbers with effortless pitch and endless charm (Woods notoriously had ghost singer Marni Nixon perform many of her singing parts) and can act to boot, with an accent and a non-trivial amount of Spanish dialogue that comes across as authentic. Spielberg also makes the admirable decision not to caption the Spanish dialogue, which would be immaterial to understanding the scene. This way, it gives the film a larger stamp of authenticity.

Accomplished actor Ansel Elgort complements Zegler as Tony, the former member of the white, territorial nemesis gang, the Jets, who patrol Manhattan's West Side with self-righteous fervor. Elgort is serious and dry, an acting choice that amplifies the emotional resonance in the heavier final scenes. It works, maybe not for everyone expecting a loud performance with lots of bravado and pearly white smiles, but with his soothing voice and smooth dance moves, it demonstrates his fine acting instincts and undeniable screen presence.

The Sharks head honcho Bernardo (David Alvarez) clashes with Riff (Mike Faist), the ringleader of the Jets, over rights to the neighborhood. In a new twist, both sides spend so much energy on the other without realizing their one common enemy: the Mayor's Committee on Slum Clearance. They are preparing to evict the entire community to build what is now the Lincoln Center arts complex. The displacement of some 8,000 residents — predominantly Hispanic — is a terrible true story. While the 1961 adaptation avoids this sordid history, screenwriter Tony Kushner places it at the forefront of the film's foundation with a pointed monologue by Lieutenant Schrank (Corey Stoll), a hardened detective with a distaste for both gangs.

Their beef may be moot, another thematic reinforcement of the blinders formed by bigotry and irrational hatred, but the true threat looms over them as residents are preparing to vacate the neighborhood in the coming weeks. The iconic opening setting — Jets dance-traipsing through a basketball court and confronting Sharks outside bodegas and shadowed alleys — is replaced with the construction site where the Jets steal paint to deface a mural of Puerto Rico's flag. Tensions rage until they reach a boil. Ariana DeBose as Anita, Bernardo's girlfriend and Maria's confidante, is as sparkly magical as Rita Moreno's take, which won her the Oscar for Best Supporting Actress.

Moreno is back too, this time as Valentina, a reworked character who replaces Doc as the owner of a shop that serves as neutral ground for the two sides. She takes Tony in following his stint in jail, acting as his Jiminy Cricket to keep him from trouble. But we know this story and how it ends for the fateful lovers. We yearn for it not to be so. Zegler and Elgort are immensely magnetic, personifying that puppy love of our wistful youth with charm and grace.

But Spielberg has his mark all over this one, accomplishing what he sets out to do: making the first truly cinematic adaptation of "West Side Story." This isn't a film that feels like it was shot on a set somewhere on the backlot, stagnant and working from musical number to musical number without much flow. This time, there is real movement and emotion. Every performance is strong, committed by professionals who truly understand the musical genre and the story being told. Despite the inevitable ending, there is still hope, love and camaraderie that shines through the film, ushering in more life for Tony and Maria.