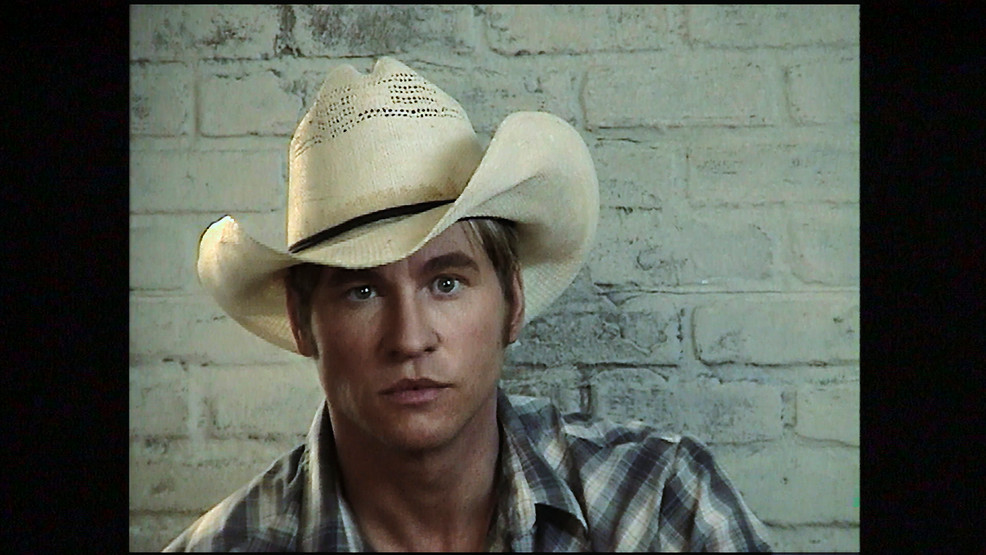 Review: The true Val Kilmer is explored with thoughtful, soulful intimacy in 'Val'

What I didn't know about Val Kilmer could easily fill the pages of this review, and then some. Peripherally, you may recognize him as Iceman from "Top Gun" or Batman in Joel Schumacher's "Batman Forever". If you're my father, then it's his take on Doc Holliday in "Tombstone" that first comes to mind. But the true Val - the actor, public figure, but more esoterically the husband, the father, the son and the brother - is explored with thoughtful, soulful intimacy in a new documentary. Comprised mainly of home footage shot by Kilmer himself over the years, "Val" benefits from this insider look, pulling back the constricting veil of Hollywood hearsay and tabloid fodder to give audiences a real, unfiltered glimpse at the veteran actor.

In fact, Kilmer was so consumed with documenting his life, there isn't a period of it he didn't contribute to his archives, which have accumulated into boxes and boxes of tapes, scripts and personal memorabilia stored in a warehouse through which directors Ting Poo and Leo Scott wade, pulling out and piecing together the silly, meaningful and innocuous moments from Kilmer's life. Raised in Chatsworth, a small suburb of Los Angeles, Kilmer was one of three sons. He was particularly close with Wesley, his precocious younger brother with an eye for filmmaking even at an early age. Wesley was talented too, writing, shooting, starring in and editing his own little films that, particularly given accessibility to the technology in the 1970s, showed his distinct voice and skill with the medium.

Unfortunately, Wesley drowned at the age of 15 after an epileptic episode in a hot tub, an event that hangs over the entire film as you imagine it must similarly hang over Kilmer's real life. He lost his best friend at the most formative moment in his life: as he began studying across the country at Juilliard. Kilmer plastered his brother's art around his dorm room for comfort, and threw himself into his art. With classical training under his belt, Kilmer was eager to perform. The stage was his calling, and he had his eyes on performing the most serious work like "Hamlet". In endearing footage, we watch tape he shot of himself as he performs the same line in various ways, trying to land on the most authentic delivery. As an actor, he did this quite a bit. They all do, though most rarely make audition tapes public, particularly ones like he made attempting to land big jobs with directors Stanley Kubrick and Francis Ford Coppola. The vulnerability required to allow strangers in on these intimate, important moments shows an artist unabashed, one who embraces his flare and who was confident in his ability.

It is, to quote Burns, the best laid plans of mice and men that often go awry, which explains how a such a serious performer and a slave to his craft was roped into Hollywood. The money was certainly a draw, as were the personalities. His home footage shows his time with famous co-stars who were just starting out just as well, like Kevin Bacon, Sean Penn and Tom Cruise. The early years feel like magic on the screen, which is how they must have felt to a young Kilmer then as well. He fell in love with his costar Joanne Whalley. They had a daughter and a son, and the whirlwind and vibrancy of youth is tangible through the screen. Though he was raised in the Christian Science faith, Kilmer is a student of the world and all the world's religions, landing somewhere on the plain of ethereal spiritualism. His former 6,000-acre ranch in New Mexico where he and his family could shoot, hunt, fish and escape his line of work for a while is a physical reflection of the kind of man Kilmer is.

But what is never out of mind is Kilmer's current heath status which is addressed head-on, first thing in the film, adding to the audience's firm desire to not just believe our titular specimen, but to like him as well. Following throat cancer, numerous rounds of radiation and several procedures on his trachea, Kilmer was left with a stoma in his neck, causing his voice to sound raspy and often unintelligible. For this reason, his son Jack, who flits in and out of the documentary as well, both as a child and in present day, narrates Kilmer's words. Their voices are strikingly similar, and the sentiment is another reminder that Kilmer is not the tough guys he's played in film, but a family man.

The heart of "Val", however, is the emotional connection Kilmer has to the moments of his life and the people along the way. His brother's death hangs over the film as you imagine it would hover over Kilmer himself, like a forlorn shadow that the actor has learned to embrace. He has hoarded these moving images and memories like one might collect coins. They are sacred, yet accessible. Precious, but copious. Most importantly, they are an enchanting reminder of the magnificent life lived.