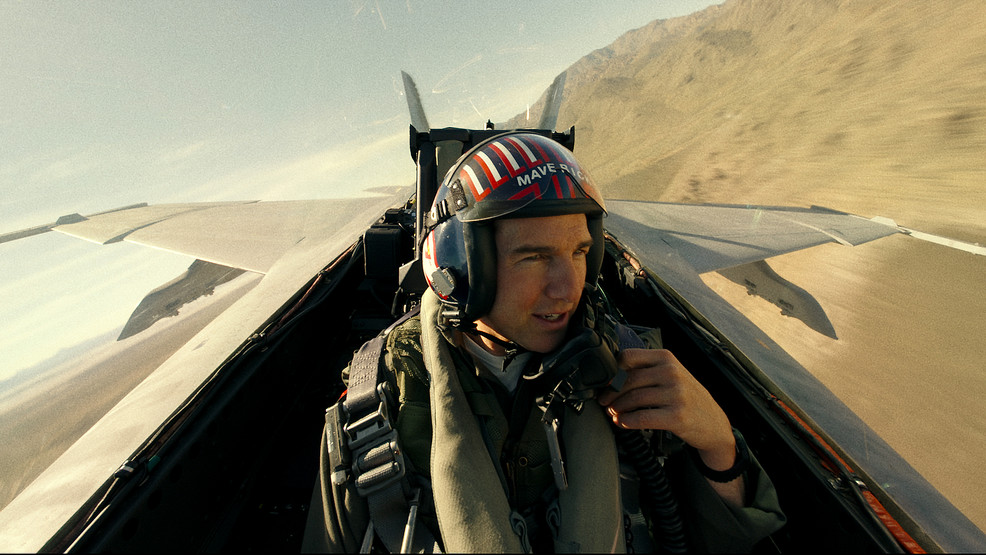 Review: 'Top Gun: Maverick' is worth the 36-year wait

Originally slated as a summer blockbuster to release in June 2020, only to be rescheduled five times, "Top Gun: Maverick" is finally reaching its fans nearly two years later, in what is possibly the most anticipated sequel of this century. Director Joseph Kosinski along with a cache of screenwriters (Ehren Kruger, Eric Warren Singer, Christopher McQuarrie) have focused their energy on bringing the charm of its 36-year-old predecessor, "Top Gun" into the 21st century with a film that leaves behind any sticky realities of the modern era and attempts to capsulize the romanticism so characteristic of 80s blockbuster cinema. Social media and cellular communication are ignored. Entertainment is found primarily at the local bar in the form of a jukebox and pool table. Its wholesomeness is earnest, and the film’s familiar soundtrack taps at our nostalgia receptors, allowing even those without any attachment to the first film to appreciate this new installment. (But certainly for those who cruise down the highway belting the film's catchy unofficial anthem by Kenny Loggins, there is much more here to get you approaching the "Danger Zone.")

Tom Cruise’s Pete "Maverick" Mitchell, once the suave, cocky young hotshot, has, like Cruise himself, aged over these three and a half decades into a Peter Pan figure of aviation, holding tight to relevancy and the ingénue role that he once personified, one that inevitably wanes with time. The remedies to that, with a twofold purpose of drawing in a new generation looking for a cool set of young thespians to drool over, are Miles Teller and Glen Powell, all glimmering smiles and taut muscles, amplified by the costume department's fondness for tight tank tops and a sunset beach football montage stolen directly from its predecessor, albeit changed to a different sport. There is no lacking in eye candy, and "Maverick" is sure to renew viewers' love for a man (or woman) in a uniform.

Cruise, who ignited this uniformed obsession for many fangirls of his generation, has made a name for himself in a spectrum of Maverick-type roles: highly trained, ultra-masculine operatives who spend the majority of the films jumping out of airplanes or moving trains, all the while shooting up his pursuers in a thunderstorm of bullets. By comparison, this Maverick is tame, solely interested in satisfying his need for speed, and boy, even all these years later, does "Top Gun" know how to thrill audiences.

Maverick, slowly becoming obsolete thanks to robotics and modern technology, is asked to return to the school of elite pilots known as Top Gun where he will help train a new set of aviators for a dangerous mission that requires precise flying skills and balls of steel: destroy a uranium enrichment plant in an unidentified rogue country without getting shot down by the enemy or passing out from the physical strain of the G-force. Still haunted by the accidental death of his wingman Goose, Maverick struggles to connect with Goose’s son (Teller) who goes by his codename Rooster.

This wouldn’t be a Tom Cruise action film without a snarky, beautiful leading lady, in this case, Penny (Jennifer Connelly) who fills the almost exact same high-waisted mom jeans worn by Kelly McGillis 36 years ago. Penny and Maverick have an off-film history of dating, but when he shows up in the bar she now runs, it is inevitable that history will repeat itself. Maverick is given the fulfilling - albeit fictional - life, and his relationship with Penny is a re-meet-cute that, though saccharine and undeterred by any real-life problems, is hardly more than a shallow tick of the box. Maverick - and Cruise - must get the girl, even if audiences today don’t require such archaic, normative determinations of what it means to have a happy, successful life.

Regardless, its harmless love story doesn’t detract from the central action: Maverick reliving his school days by training a new crew. The meat of "Top Gun: Maverick" is a juicy, adrenaline-pumping good time, aided by strong performances from the headliners as well as the other newcomers flying around with zippy one-liners and endearing friendships. Val Kilmer, whose voice was irrevocably damaged by throat cancer a few years ago, reprises his iconic role as Cruise’s arch nemesis-turned-lifelong friend Iceman, now at the head of Top Gun. His role, though small and concise, offers a proper, tasteful send-off for the character that put Kilmer on the map.

It might seem like a video game mission at times, but the straightforward nature of the team's strict assignment - fly this high, for this long, shoot this, then shoot it again, and get the heck out of dodge - is comforting, in a way. Like the first film, the focus is on relationships. Viewers aren’t interested in technically sound, overly complicated details that get lost and fly quickly overhead. We struggle and overcome obstacles with these fully-formed characters whose chemistry is undeniable. And, luckily, the ending, though satisfying, is not the cliché most would anticipate. It pushes the envelope for Cruise and viewers, offering a sequel well worth the wait. Even those of us who have no sentimental connection to the property may just find themselves full Maverick converts.