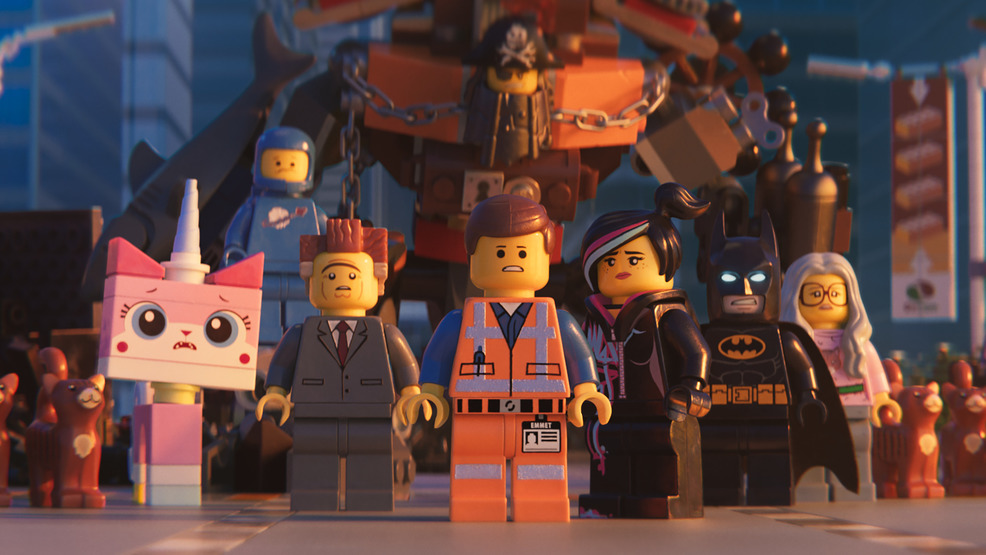 Review: Don't worry parents, 'The Lego Movie 2' has something interesting for you too

Remember that song from the animated movie you couldn’t stop singing? I’ll give you a hint. “Everything is...”

Awesome, now it’s stuck in your head again. Makers of the film’s sequel "The Lego Movie 2: The Second Part" have upped the ante by cranking up the annoyance dial with “Catchy Song” whose only lyrics repeat in drone-like detachment: “This song is gonna get stuck inside your head”.

Despite its dreams of hypnotizing the viewer and eliminating the potential of any productivity, this song doesn’t have the same punch as its predecessor. Luckily, the same can’t be said of the film as a whole, which picks up five years after the 2014 original left off. Bricksburg has become Apocaslypseburg, a barren wasteland a la "Mad Max".

Emmet (Chris Pratt) is the unchanged, sickeningly cheerful Master Builder who breezes through town with a smile and a palpably positive attitude, much to the irritation of his partner Lucy (Elizabeth Banks). One day, invaders descend upon the town led by General Sweet Mayhem at the behest of Queen Watevra Wa’Nabi (Tiffany Hadish). Batman, whom she intends to wed in order to unify the two worlds, will not go peacefully, forcing the general to kidnap him and his friends. They are taken to Systar System, a frilly, glitter-tastic new world where everyone is a consistent level of sprightly and energetic.

Emmet rushes to save his friends, but is caught in a meteor storm, narrowly evading destruction with the help of Rex Dangervest, an enterprising, swash-buckling adventurer who has tamed dinosaur raptors and seen the world – well, as much of “the world” as a Lego piece can. He takes Emmet under his wing, coaching him through the rescue of his friends, the infiltration of the Systar System and the demise of the queen.

As in all kid-centric animated films, good prevails, and even the bad guy evolves for the better. The interesting and unique aspect of this film is that the entire world is merely a metaphorical representation of the narrative belonging to the two children, Finn and Bianca, who own the toys. An idea first established by "Toy Story", this film takes it further, fully cementing the world it builds as a mirroring subplot that correlates to the human world.

This is to say simply: with a storyline that isn’t scared to attempt a level of complexity and depth, there is something interesting here for the adults, too. The jokes for the young ones abound throughout – plenty of teary-eyed hearts that talk in adorable voices and stars that barf glitter – but there are an equal number of allusions and subtleties that movie theater chaperones will appreciate, particularly those that reference pop culture films, like "Hot Tub Time Machine" and "Justice League". A character even disappears like Michael J. Fox in "Back to the Future", a joke that will surely go over the heads of the intended audience, but elicits some chuckles from the older crowd.

With prior children's films like 2016’s "Trolls" under his belt, director Mike Mitchell is a seamless fit in the "Lego" movie franchise, keeping up with Phil Lord and Christopher Miller’s screenplay that is quirky, fast-paced and incredibly detailed. It flits back and forth from the real world to the Lego universe in a way you would expect to find corny, but is ultimately charming to no end.