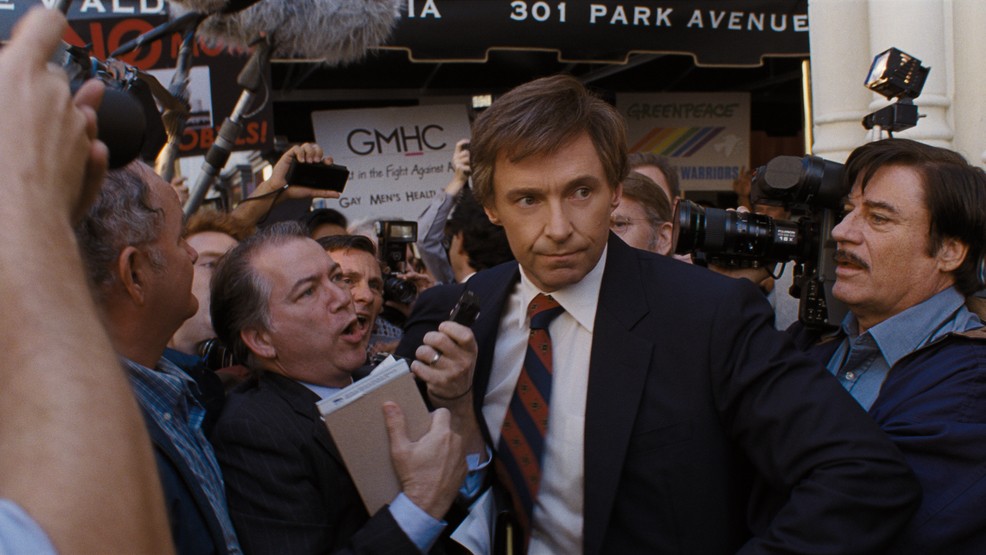 Review: 'The Front Runner' is a captivating case study on the role of press in our world

Perhaps I’m a product of my generation, but politicians and adultery are, for lack of a better pun, frequent bedmates.

I was a child in the 90s, a “Harriet the Spy” kind of kid who sought the hushed details whispered from the front seats of every Honda Odyssey on the block. Names were spit around with gossipy disdain. Most famous of those was, of course, Monica Lewinsky’s.

This wasn’t always the case, and the man who was caught in the first public political cheating scandal over thirty years ago was Gary Hart, a U.S. Senator from Colorado. He had, if not Jack, definitely a Bobby Kennedy kind of following. He was earnest in his hopes for what he could do with his position in political office, the radical change he could make. But all of that work and determination was undermined by his penchant for women - who weren’t his wife.

Based on the novel, “All the Truth Is Out There” by Matt Bai, “The Front Runner” adeptly portrays the three fateful weeks during Hart’s 1988 presidential election that changed his career – and the delicate relationship of politics and journalism – forever. Hugh Jackman stars as the lawyer-turned-politician who first loses the nomination for president in 1984, only to invigorate his resolve to garner it four years later. His team is strong and mighty, consisting of J.K. Simmons as his campaign manager and a handful of talented young actors you’ll surely recognize.

On a yacht in Miami in the heat of campaigning, Hart meets a woman and begins an affair. Friends of the woman call The Miami Herald with details of the relationship, prompting journalists to follow her on a trip to Washington D.C., staking out Hart’s townhouse and confronting him about the affair. It spirals into front page news and fodder for late night hosts, forcing Hart to pull out of the race a week later and begging the question of how much we are entitled to know about our public figures.

Jackman portrays Hart with an unwavering, often-frustrating idealism, a cold, one-dimensional straightforwardness that doesn’t ever allow us to fully connect with him. It isn’t hard to believe Hart meant well, that he didn’t womanize, per se, or have any intention other than serving his country - but - in the film, there isn’t ever a break in his shield. By refusing to let the wall down, we never see the man beneath, leading us to the only real conclusion: Hart was an egomaniac, unable to concede his wrongdoing or admit his failure and move on, even in the face of insurmountable evidence.

But perhaps it isn’t just Jackman forcing us to look at Hart as a could-be martyr for the American people. Writer-director Jason Reitman positions the audience in a way that forces the tough questions to zip through our conscience. Should we feel guilty for Hart? Was the press in the wrong? Or is it part of their job, to highlight a civil servant’s personal life and possible immorality?

It’s a matter of opinion, though Reitman establishes his pretty clearly. The press can be part of a vicious cycle of expose and destroy in the name of readership, in spite of the fact that Hart was a qualified candidate with forward-thinking ideas who could have gone on to do good things for this country. Taking queues from political drama predecessors like “All the President’s Men”, “The Front Runner” is beautifully shot and written with a hearty mix of humor and intrigue. There are surprisingly light moments amid the darker ones, and the story is a captivating case study on the role the press plays in dictating what we see of the world. But it ends there, and frankly, in 2018, it’s hard to have pity for the philanderer and not the women whose lives he changed irrevocably.

As I said, I’m a product of my times, and as much as I did enjoy this film as a whole, at no point did it shock me. With the advent of social media and the 24-hour news cycle, politician’s discrepancies are hung to dry with the same frequency as laundry day. The ending doesn’t explode, but fizzles, and by then, I couldn’t listen to Jackman as Hart give one more self-righteous, holier-than-thou speech. But as a study of this insular moment in time, the film does more right than wrong by inciting a discussion worth having.