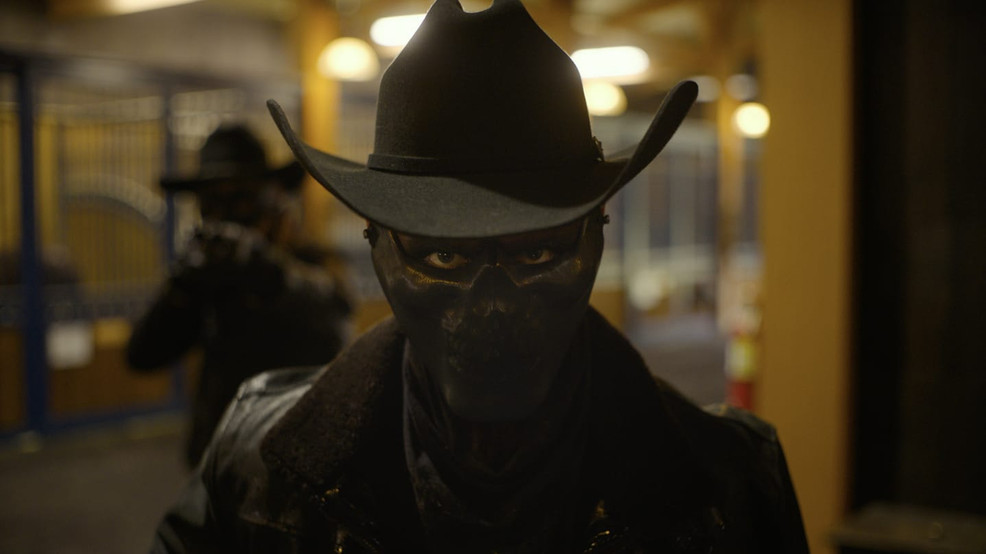 Review: 'The Forever Purge' plays out like a bad TV movie

When the first film in the Purge franchise released in 2013, there was, across the board and inter web, a poor response from critics. It was called a lot of names, but despite the naysayers, "The Purge" ended up pulling nearly $90 million in box office revenue. It was made for a mere $3 million.

A numbers business when it counts, Hollywood took this success and sought to duplicate it by regurgitating the same format over and again, deigning to switch out the themes pertinent to the times, but always releasing in July to coincide with Independence Day. The point they make is that, though this may be a dystopian view of the America, the truth is we aren't that far removed from this reality at all. It could become our own with a little more disfunction and in-fighting.

It's silly, and often comes across as laughably hyperbolic, but audiences have continued to come back, year after year, for more Purging. Coupled with the fact that the films have remained relatively low cost (thereby low risk) to make, the Purge franchise has remained a no-brainer for movie executives. However, "The Forever Purge", the fifth film and this year's Fourth of July release, is by far the most expensive in the series. What do we get for $25 million? Nothing new, and, in fact, so many cliche characterizations that we're not just swimming in overt socio-political allegory, we're drowning in it.

This isn't something to say lightly about a Purge film. The franchise has "gone there" before, particularly when it tackled the 2016 election and alluded to the many high profile people and businesses that were in the headlines. This year, the soapbox they pull out is clunky, loud and rhetoric-heavy.

In (where else but) Texas, the annual purge is tinged with racial tensions between the disenfranchised white and Mexican workers who are trying to live the American Dream so well publicized. Adela (Ana de la Reguera) and Juan (Tenoch Huerta) are two such immigrants. He works on a ranch for the wealthy Tucker family. Mr. Tucker (Will Patton) is the patriarch, a benevolent millionaire who treats his staff well. His son Dylan (Josh Tucker) who also works for his father is less than hospitable to Juan and the other ranch hands.

The 12-hour Purge comes and goes, without any bloodshed. But this year is different. A large community of marginalized, angry, anti-establishment rogue bandits aren't using the Purge to commit their crimes. They are holding out until the Purge officially ends and people have let their guard back down. The strike is then simple and efficient. They ride onto the Tucker property and take the family hostage, toying with them as they threaten death. This throws Juan and Adela into an impossibly difficult situation, aiding and protecting people they don't particularly like, while also dealing with the implications of their new reality: the United States - the home they've adopted for a better life - has become inhospitable, and their best option is to flee to the border, back to the country they once forsook.

The film, however politically pertinent and socially advanced, plays out like a bad TV movie. The character development is elementary and trite, the premise is paper thin, and the villainous entity is broad with no mission statement except, conveniently, to cause chaos. Their endgame is not just unclear, but, as their own prey points out to them, counterintuitive and hypocritical. They hate the wealthy elite, but they also hate immigrants. The enemy is everyone and no one. The dissenters wear contrived face coverings - skulls with lots and lots of make-up, strange wire-eared bunny masks - and pop up in alleys and from around corners, making it feel less like a horror film and more like an ad for a Halloween horror maze where actors in elaborate costume and make-up are paid to jump out unexpectedly from the dark crevices of artfully decorated rooms.

"The Forever Purge" ends on a lofty question that encourages sedition, but is ultimately just a tiresome rehash of an overused adage. It's making an obvious statement about the callous attitude we as Americans take with those less fortunate, without accounting for the many complications and intricacies within our nation as well. But shock, awe, and letdown is all that's left of a franchise that's been bled dry of originality as it sputters towards, but likely won't make it to, forever.

"The Forever Purge" is in theaters now.