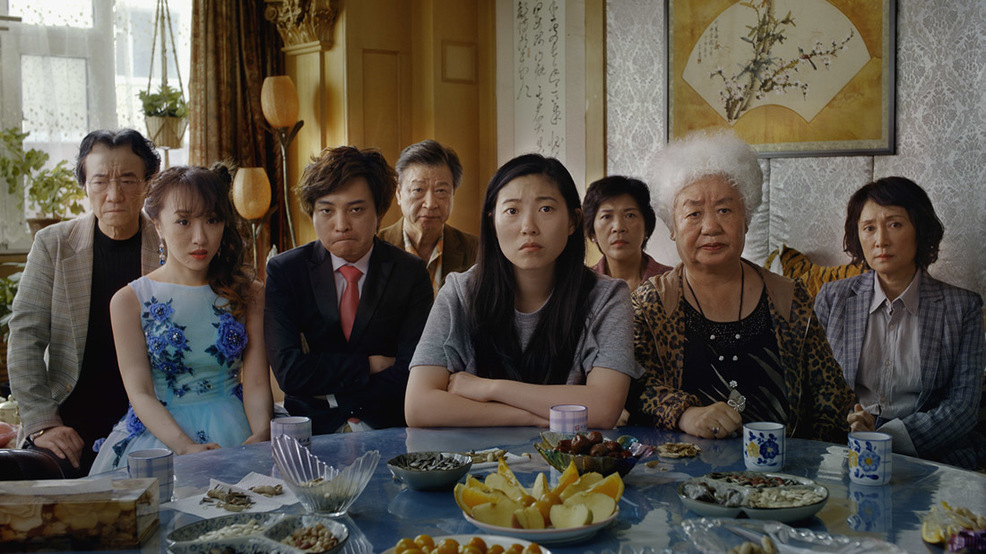 Diana Lin and Awkwafina in The Farewell. (Image courtesy of 'The Farwell')
SEE MORE

Review: 'The Farewell' is a heart-wrenching film about family, identity, love and loss

“There is a Chinese saying: when people get cancer, they die.”

Sad, with a funny, ironic bite. That very aptly describes the indie darling that charmed audiences at Sundance and is poised to be this summer’s breakout hit. And for good reason. The dramedy starring Awkwafina in a surprisingly serious role breathes life into the family drama genre while simultaneously telling a tale as old as time.

“The Farewell” is universal story of one family struggling to deal with a hard diagnosis. Based on writer-director Lulu Wang's own life, the film follows Billi (Awkwafina), a Chinese-born, American-raised woman struggling to survive as a writer in New York. Her money troubles evaporate when she learns that her grandmother Nai Nai has the dreaded c-word and, even more troublesome, her family plans on keeping the truth from her. In fact, they use Billi’s cousin as a scapegoat, planning him a quickie wedding as an excuse for the relatives to flood back into Nai Nai’s home one last time.

Of course, this doesn’t jive with Billi’s Western sensibilities, so when her family tries to prevent her homecoming because they fear her emotions will give away their con, Billi surprises them all by returning to China in time to help Nai Nai assemble the gaudy banquet hall wedding that every Chinese grandmothers’ dreams are made of.

The film isn’t just autobiographical for Wang; it’s a highly personal story that highlights the diasporic journey she’s traveled as a Chinese-American. Despite her looks, Billi is a complete outsider even amongst her family. She is self-conscious of her poor Chinese, and the differences in thought and action between the Chinese and the Americans are the film’s greatest constant. Billi goes to China on a crusade to free her grandmother from the shackles of ignorance, but what she finds instead is catharsis and a greater understanding for the country and culture that she left behind.

“The Farewell” doesn’t succumb to the traps often set in a Hollywood film (unnecessary love interests, heightened reactions, overly dramatized situations, etc.), and because of this, it is a complete revelation.

The drama is contained within the internal morals and sensibilities of the characters to whom we warm up along with Billi in real-time. For a film about the dynamics between East and West starring an actress in last year’s biggest studio-backed rom-com, it never feels like it compromises its authenticity to appeal to a bigger demographic. It is exactly what it is, unapologetically. A funny, sweet, heart-felt, heart-wrenching film about family, identity, love and loss.