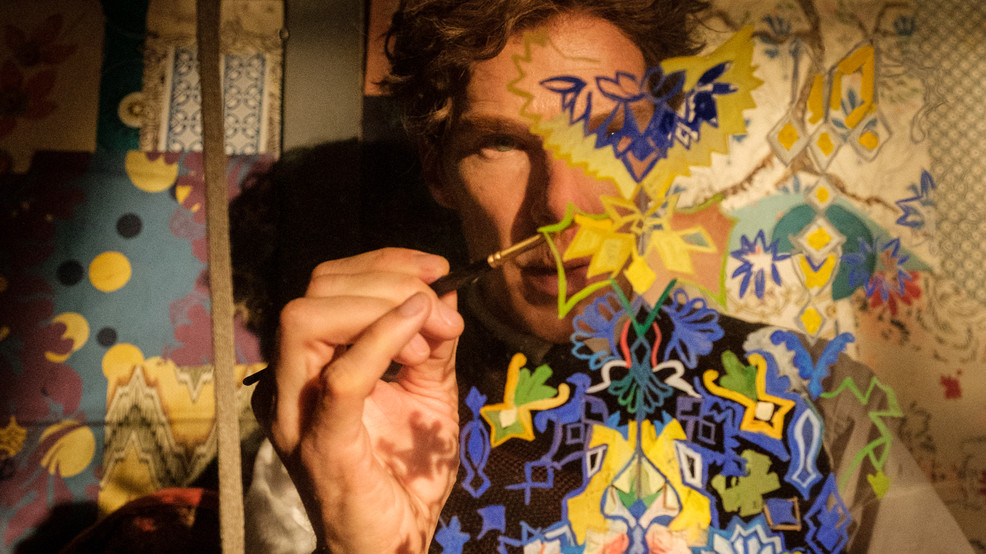 Review: 'The Electrical Life of Louis Wain' could use a shock from a defibrillator

In "The Electrical Life of Louis Wain", Benedict Cumberbatch's titular character finds great fascination with and eventual fame because of...cats. The four-legged creatures were in vogue among the upper echelon of society during the Edwardian era. The wealthy were known to import exotic breeds to display their fortune and fancy taste. But Wain was more than a trend. He kickstarted an entire aesthetic of giving animals anthropomorphic features. His love for the felines was authentic as he was also the Chairman of the National Cat Club. This wasn't a fad; this was a lifestyle.

And this, perhaps, would have been an interesting, engaging angle for a film about Wain's life to take. Instead, his work and contributions to the art world take a backseat to the sometimes fascinating - other times tedious - intricacies of his personal life and the relationships that restrained but also defined his creative output. Cumberbatch is our sole Wain, despite the large jumps in time and space (both physical and mental) within the artist's life, a product of the scattered script co-written by director Will Sharpe and Simon Stephenson. There is a droll, lightheartedness that permeates the story, jumping forward and backward in time with often no rhyme nor explanation, leaving ends loose and details a little hazy.

The film begins so promisingly - with his ill-fated love to his sisters' governess - and ends so uneventfully, dealing too much as a lackluster family drama and not enough as biographical introspection. It opens on an aged Wain, succumbed to a catatonic stare in the mental institution where he eventually died. His psychedelic cat portraits surround him. Cut to a slow motion funeral procession decades prior. Olivia Coleman, a tranquil voice amidst the clatter of chaos, eases us through, also explaining the thin, undeveloped connection between Wain's life and the advent of electricity. (Something about being before its time, undervalued and misunderstood by the population at large. If there are further associations made between the two, they are slight and fail to leave an impression.)

This was certainly true of Wain, whose popular drawings were well known but, because they were never copyrighted, they left him without much money and without the rights to his own work. His life ended in grief, art and madness, but it began as a struggling artist. He would sell his sketches to a top publication, impressing the editor with his speed and accuracy. He needed the money to support his five high-spirited, strong-willed sisters and widowed mother, which is how Ms. Emily Richardson (Claire Foy) comes into his life, as a governess to the Wain girls.

After a buttoned-up courtship of longing looks and tense discussions in public restrooms, the two marry. They adopt a cat who helps the newlyweds distract themselves from Emily's scary diagnosis. Breast cancer is a death sentence, a slow one that Louis also must bear witness. The growing kitten becomes a distraction for Emily and a muse for Louis who can't help but entertain his wife with his unusual drawings. Emily passes, flitting out of the film as quickly as she had flown in, a real waste of Foy's talent.

The electricity noted in the title is misleading; this biopic could certainly use a shock from a defibrillator to bring it back from the purgatory in which the film resides. "The Electrical Life of Louis Wain" rests on laurels that do not adequately explain who Wain was or paint a full picture of his life and tribulations. It does capture his unique genius which is this: the speedy ability to draw great likeness without much energy and his unparalleled peculiarity, a way of seeing the world from a wholly original perspective. Sharpe has a particular vision for Wain, one that allows him grace for the immense grief that defined his life and demonstrates his differences as a case of struggling to get out of his own head.

Like the eccentric paintings for which he was known, the film has plenty of color, but this faux vibrancy of writer-director Will Sharpe's vision, while appealing and eye-catching, is underscored by a lack of depth. Cumberbatch, for his part, commits to Wain's supposed insanity with his usual impeccable bravado. He nails Wain's growing psychosis, brought on primarily by age, though the early death of Richardson only expedites his reputation as an oddball who was chained to his large family and who became inordinately obsessed with his models.

It should be said that experts are not completely convinced that Wain did in fact suffer from schizophrenia. That speculation stems from several violent outbursts and because his work became less structured than his early stuff. He was locked away, in real life and in the film. In both instances, the details are blurry, which wouldn't matter so much if we weren't searching to connect with our lead character, fighting through lightning and fur balls to get a glimpse of the true Louis Wain. The cat's still in the bag this time.

"The Electrical Life of Louis Wain" is streaming now on Prime Video.