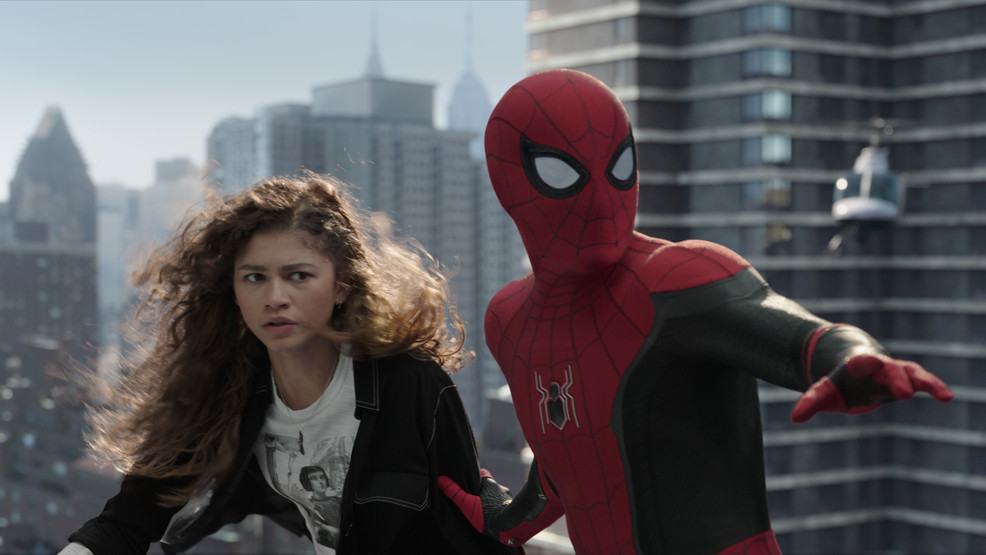 Review: 'Spider-Man: No Way Home' is possibly the greatest Spider-Man film ever made

Of all the superheroes, Spider-Man is perhaps the most curious of properties. It isn't just because he has had many iterations and dedicated films in the past half-century (he'd surely fall short to that megalomaniac Batman). Though Sony purchased rights to the web-slinging protagonist in 1998 and made two separate Spider-Man feature film series — led first by Tobey Maguire and then by Andrew Garfield — they struck a deal with Marvel in 2015 to lend the character and split the profits, which is why the new Spidey — portrayed by Tom Holland — has a spot in the Avengers and has frequent crossovers with other MCU characters.

All this to say, this new Spider-Man resides in a universe that is richer, riper and way more rock 'n' roll than those that came before. And his latest solo outing, "Spider-Man: No Way Home," is possibly the greatest Spider-Man film ever made...with the caveat that it only succeeds because of the films — the good, the bad and "The Amazing Spider-Man 2" — that came before it. Our treasured time spent with the many versions of this character, fighting the memorable, sometimes laughable evil-doers, has brought us here and would be completely impossible without pioneers like director Sam Raimi, whose iconic camera style and techniques were a point of homage in this installment.

Holland's Spidey was thrown around the world in his last film, which ended with the live-streamed death of his enemy Mysterio (Jake Gyllenhaal), who, in the process of framing him, also unmasked his true identity: a relatively anonymous high school kid named Peter Parker. Now a target of gotcha journalism and angry Mysterio fans alike, Parker worries, not for the effects it will have on his own life, but what it has already done to those closest to him, his girlfriend MJ (Zendaya), his best friend Ned (Jacob Batalon) and his beloved mother-replacement, Aunt May (Marisa Tomei).

Parker's solution is not an extended sabbatical from crime-fighting and a talented crisis publicist. Instead, he seeks the mystical help of Dr. Strange (Benedict Cumberbatch). He begrudgingly agrees to commit a spell that would have the entire world forget who Peter is. Predictably, it goes wrong, and though it sounds a thin premise with a formulaic result (even thinner and more formulaic as I recount it in so unceremoniously), it works far better than anticipated. It also allows the film to progress from one action sequence to another, hiking up the adrenaline and splitting it up with smart, witty dialogue. All this makes for a high-octane, endlessly thrilling film.

It's no surprise if you've seen the trailer alone that the poorly committed spell actually cracks open the multiverse, a hypothesis in theoretical physics suggesting other universes reside in parallel with our own. "Spider-Man: Into the Spider-Verse," an Oscar-winning animated Spidey feature from 2018, tackled a similar concept. So in creep villains from yester-films, most notably fan favorites Dr. Otto Octavius/Doc Ock (Alfred Molina), Norman Osborn/Green Goblin (Willem Dafoe) and Max Dillon/Electro (Jamie Foxx).

Does it feel improbable and extremely convenient that Parker and Strange opened some wild gateway for the most notable, brand-recognizable characters of previous films to pass? Absolutely. Is it blatant, downright good entertainment that nudges at our nostalgic hearts and reminds us how good these villains still are and how dearly we hold this franchise? You bet your spidey senses.

There is more, of course, that can't be discussed without divulging some big secrets, so it behooves you to watch for yourself. Writer Chris McKenna and Erik Sommers, who also co-wrote the previous two Holland-led Spider-Man movies, have found the groove and developed a real voice for this Peter Parker and his outlandish mission. There are no gimmicks, just pure story-telling. Our three young leads — Holland, Zendaya and Batalon — have undeniable, unstoppable chemistry with conscientious, Gen Z sensibilities. As a stalwart Millennial, I never thought I'd say that I find Parker's earnest, though hesitant optimism and MJ's grounded snark to be unwittingly charming.

To say this film is 20 years in the making is not just an idiom. If you want to take it even further, the creation and subsequent decades of fine-tuning Spider-Man in comic, television and cinematic forms have led to this. "No Way Home" is not just another superhero-supervillain showdown; it's an existential divergence for the character who is finally given the opportunity to address the ones he wasn't able to save: the lab-born enemies who have time and again, died at his hand. More than that, it's saved our faith in Spider-Man. Long may he swing.

"Spider-Man: No Way Home" is in theaters now.