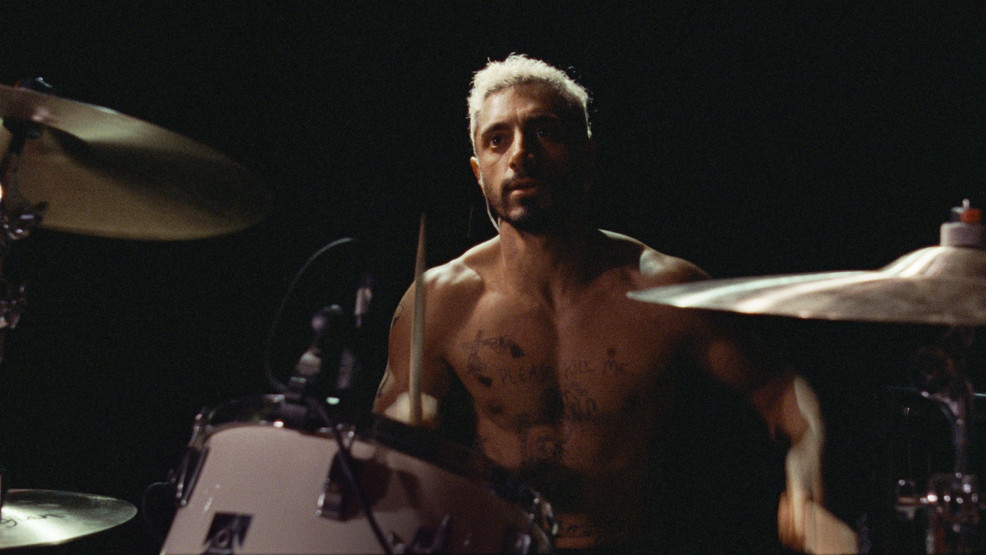 Review: 'Sound of Metal' is a story the deaf community has not yet seen from Hollywood

A film about someone - a musician no less - who loses his hearing is an uncomfortable premise that actually compels unexpected introspection. Can you even fathom what it would be like to wake up one day and be completely deaf? The small things we take for granted - the background noises that remind us that we're walking through downtown, or the honking of a horn that warns us of impending danger - seem mundane, perhaps, but they are a large part of our daily life. Losing even one of your senses requires a complete remodel of lifestyle and a processing of a death of sorts that, until you are confronted with it yourself, can be easily underestimated.

So is the premise of the new film "Sound of Metal", a sensitive, heartfelt look at one man's journey to come to terms with sudden deafness. That man is Ruben (Riz Ahmed), a drummer living the bohemian lifestyle out of an airstream with his bandmate and girlfriend Lou (Olivia Cooke). Their heavy metal band, Blackgammon, is on the rise. As they are tour the country, performing small gigs in random cities, Ruben begins to notice something change. He hears a buzzing, then awakes one morning to find that all sounds around him are muffled. He can hardly hear himself speak. The doctor confirms his suspicions: he is progressively and permanently losing his hearing.

Ruben is also an addict, four years sober. The diagnosis is sending him into a tailspin of temptation to use again, so it is Lou and his sponsor who find a special place Ruben can go to adjust to his new life. Joe (Paul Raci) is the welcoming but firm head of the deaf community halfway house Ruben joins. The others there are like him: former addicts learning to cope and accept their change in situation. Like most deaf communities, it is insular, teaching them ways to be self-reliant and embrace their loss of hearing.

As an aspiring rocker longing to live out his dream, Ruben pushes against what he views as their resignation into deafness. He appears to be doing better, keeping a journal and interacting with others as he learns American Sign Language (ASL), but secretly he schedules and undergoes surgery for cochlear implants, a small device that he views as the answer to all of his problems. Ahmed handles Ruben with both tender vulnerability and bulldozing assurance that teeters into complete loss of control. The double-edgedness of Ruben's situation - his desperate need to gain his hearing and regain his lifestyle that then spoils his relationship with the community which opened its arms to him - is handled with the utmost intimacy by both Ahmed and co-writer/ director Darius Marder.

Marder makes it very clear, first and foremost, which audience this film is meant to reach. The film actually includes subtitles throughout, the only exception being during some interactions in ASL. Rightly so - this is the story the deaf community has not yet seen come from mainstream Hollywood. Like another film we reviewed recently, "Run", which headlined an actress who actually used a wheelchair in real life, "Sound of Metal" stars actors who are deaf. Raci is hearing, but he is a prominent figure in the deaf community as a CODA (Child of Deaf Adults) and a member of Hands of Doom, a band that performs in ASL. Having been raised by deaf parents, Raci gives the authenticity factor to his part as someone who can read lips and sign fluently.

However, it is Ruben's story, and Riz Ahmed, who reportedly learned both drumming and ASL for the role, is the one we can't peel our eyes off of, like a five car pile-up. Because that is what the title implies as well, right? It is the sound of his own heavy metal music that Ruben longs to hear again, yet the only noise that is, pun unintended, deafening throughout the film is the sound of metal on metal, a metaphorical car crash that changes not only Ruben's physical make-up, but destroys the life path he thought he was on.

"Sound of Metal" is streaming on Amazon Prime Video.