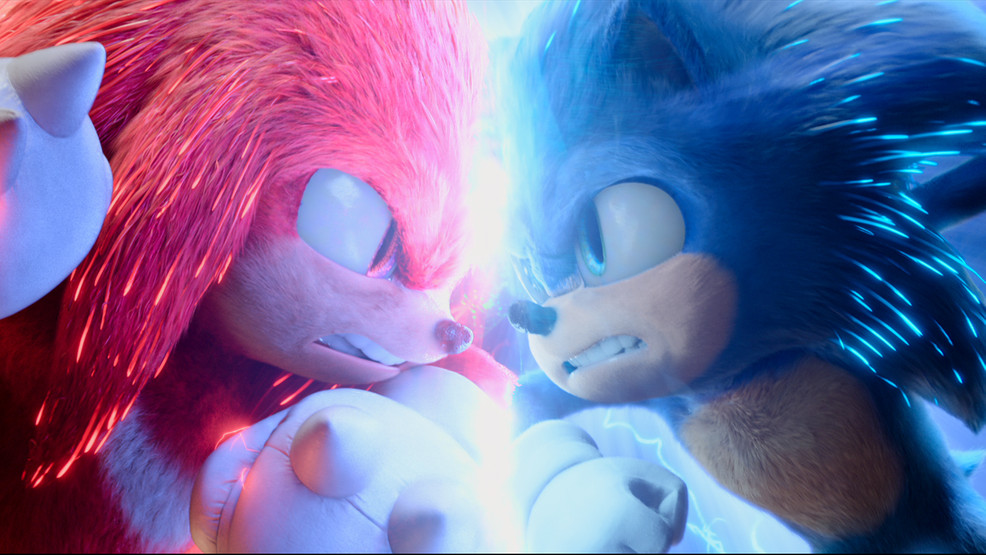 The first "Sonic the Hedgehog" was released in 2020 to surprisingly positive reviews. For a kid's movie that sparked plenty of headlines surrounding its poorly conceived CGI lead and prompted a complete overhaul of the film's visual effects, the film had a sweet, derivative plot and an endearing protagonist, even if it wasn't setting Hollywood alight with innovation.

The same team - director Jeff Fowler and screenwriters Pat Casey and Josh Miller - return for "Sonic the Hedgehog 2," a similarly-sweet sequel that follows the same playbook as its predecessor on how to make a successful children's action-adventure comedy that is for the young ones, but can still be enjoyed by their adult chaperones.

Giving off 90s film feels ("Space Jam" anyone? ), the second in the video game adaptation series does two things really well: it marries the live-action and animation into one cohesive motion picture, and it monetizes and prioritizes its star power in Jim Carrey, whose Dr. Robotnik is what goofy childhood villains are made of. As demonstrated by some of his past roles that have become iconic trademarks for the actor, Carrey is a physical comedian, and this is a caricature of a role that benefits from his maniacal facial expressions and deviously illustrious declarations of world domination. It's all ridiculous, yet, somehow in these professionally ridiculous hands, Robotnik is alive and authentic.

This waltz around the crime-fighting block, Sonic (voiced by Ben Schwartz) meets his match in Knuckles (voiced by Idris Elba), a power-armed Echidna warrior from somewhere in space. Knuckles unwittingly saves Dr. Robotnik from the mushroom planet to which he was banished in the last film, and the brains and brawn join forces to track down the Master Emerald, a creator and destroyer of civilizations that can only be located using a map that Sonic inherited from his owl guardian Longclaw. The premise, as was with the first film, is shaky at best, convenient in its coincidences and with plot points that can be seen coming with each revelation. Older viewers will roll their eyes at parts, with the silly references to other movies like Sonic sliding into frame in socks and a white top ("Risky Business"), home alone, binge eating and styling the dog's fur into a mohawk.

James Marsden and Tika Sumpter reprise their roles as Tom and Maddie, Sonic's adopted human parents. Their characters and storylines root the film in something other than video game whimsy. With the introduction of another animated character Tails (voiced by Colleen O'Shaughnessey), a helpful, light-hearted twin-tailed fox, "Sonic 2" would feel overrun by its post-production creatures if not for Sonic's human influences. It is their trip to Hawaii for the wedding of Maddie's sister Rachel (Natasha Rothwell) that inspires the most humor, a comedy of errors and female fury meant to incite a chuckle in older viewers.

There are plenty of vapidly gratuitous scenes as well; the film can't fully escape its often infantile sensibilities. For example, the animated rodents enter a breakdance competition with a room full of hostile Siberians swigging jugs of beer and threatening violence, only to show their soft side when the dance sequence tugs at their heartstrings. Or, as in the opening scenes, Sonic inexpertly takes down some comically-masked bank robbers that leave multiple blocks of downtown Seattle torn apart. Wade (Adam Pally), the local buffoon cop who moonlights as sheriff when Tom is out of town, truly clues us into the fact that we are watching a film made simple for young audiences, delivering his lines with exaggerated guffaw and slow, directed intention.

As Sonic selflessly risks his life to protect the Master Emerald, it is the people around him he refuses to let get caught in the crosshairs. And while his arch-nemesis Robotnik is a lost cause, he may have time to bring Knuckles into the light. Ultimately, "Sonic 2" benefits from doing more of what the first one did well enough. We aren't venturing very far outside the world Fowler, Casey and Miller created two years ago. In that sense, the film abides by video game world building 101. There are obvious places we can't go. The task is laid out with one central mission, which then sprouts off into smaller ones that must be done in order to reach the end prize. The filmmakers may fool us by dragging Sonic and pals to exotic locations like Siberia, Hawaii and a fungus-centered planet on a mission that is too eccentric to fully care about, but the truth is that our interests lie in these enchanting characters who have won us over for a second time.

"Sonic the Hedgehog 2" is in theaters now.