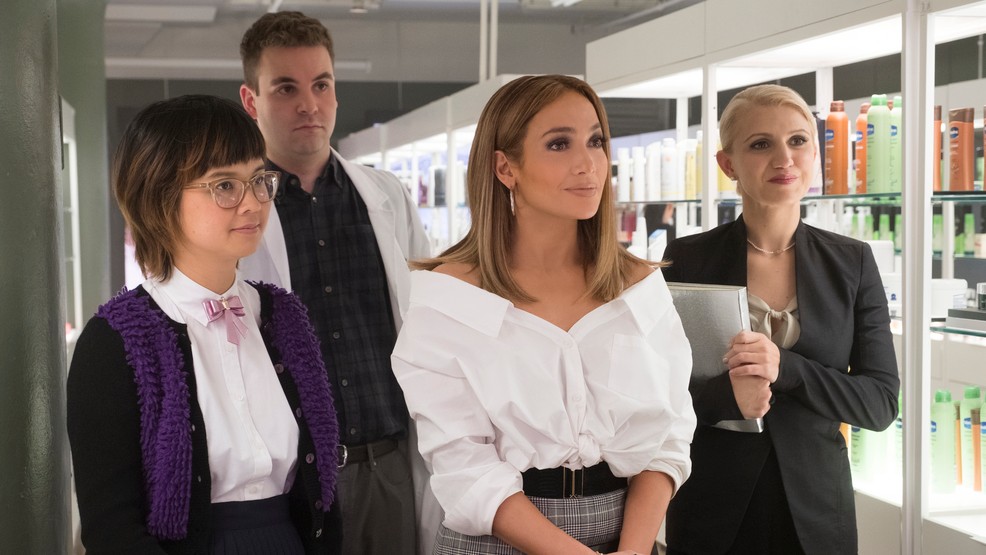 Review: My grandmother is going to love 'Second Act'

I’ll start by saying this: my grandmother is going to love “Second Act”. This is not a dig to the film or my grandmother; it’s pretty much a fact. She is going to love Jennifer Lopez, her forever crush. She’s going to eat up the plot that twists and turns into convenient avenues that lead full-circle by the end. She will most definitely leave the theater beaming from the heartwarming message that acts as an undercurrent throughout the film.

And did I mention Jennifer Lopez? Because that’s really what’s drawing you to the film in the first place too, right? It’s ok. She has a magnetic on-screen presence, and, lucky for us, she’s returning to her roots. It’s been over 17 years since she delighted us in “The Wedding Planner” and “Maid in Manhattan”, and they remain the films, for better of worse, we most associate with Lopez in this genre. Her wide-eyed, bordering-on-naiveté, one-with-the-people schtick speaks to us. This time is no different.

Jenny from the Block is back with “Second Act”, a predictable, sugarcoated comedy that balances being enjoyable and forgettable with pristine dexterity. Lopez stars as Maya, a veteran grocery store worker overlooked for a promotion because she never went to college. As if her birthday prayers have been answered, she lands an interview at one of the top firms in Manhattan and is offered a job as a consultant. When she realizes they were misled about her experience and education, she sticks it out anyways, hoping to prove to the company and to the world that street smarts should count for something in this world.

If the bones of the plot seem even vaguely familiar, it’s because they are. We’ve seen Lopez do the mistaken identity thing before in the aforementioned rom-com “Maid in Manhattan”. And perhaps through comparison is the best way to examine Lopez’s maturing film career: she is no longer the maid and defined by an affluent man, but has transformed into an independent woman hard-set on climbing the corporate ladder.

What the film also accomplishes is both solidifying Lopez’s timeless charm and revealing her aging audience. Though she has a hot, young love interest in Milo Ventimiglia, the focus isn’t on getting her man back or choosing between him and a conveniently-placed new one. Instead the plot builds around Maya’s relationship with her best friend (Leah Remini), her struggle with her past and her efforts to pivot down an entirely different channel in the “second act” of her career. She is going the com without the rom route, and it is completely refreshing.

That being said, it is far from a perfect film. Remini brings her best working class charm, and Vanessa Hudgens as the smart, younger antagonist vying for control over the big project is surprisingly convincing (read: not annoying). But there is something very sterile and washed out about “Second Act”. It’s hard to put a finger on precisely what doesn’t feel believable – apart from the entire premise – because, although I found myself invested in the story and its characters, even laughing at some of the situational humor, I left the theater with the nagging sense that I wouldn’t remember this film from any other by the week’s end.

If movie amnesia isn’t a concern, then perhaps you won’t mind this one. After all, the film as a whole knows what it is and remains within its two very precise parameters: a star vehicle for Lopez and a feel-good film for the whole family to see this holiday season.