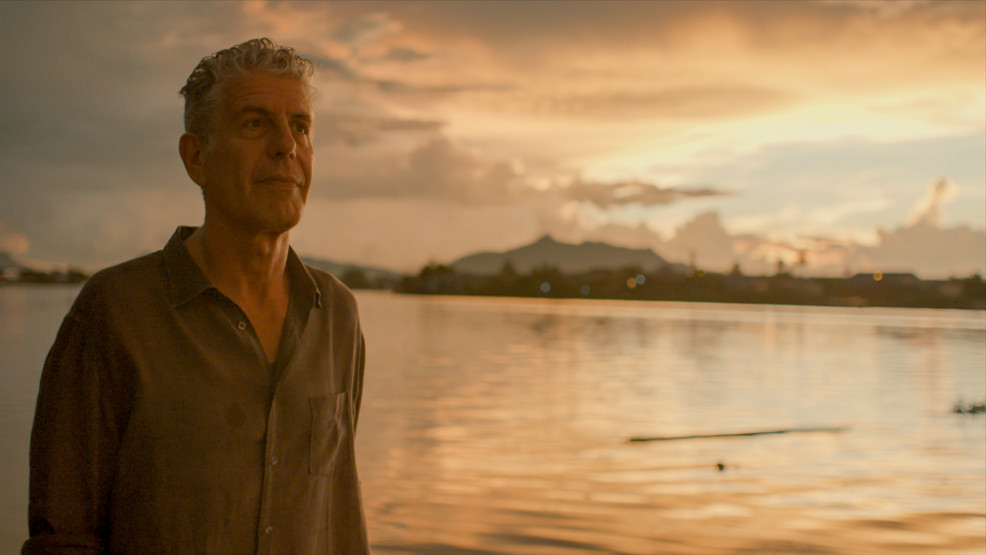 He was an enigma in life, and certainly more so after his death in 2018. Even now, three years later, there is no shortage of public interest surrounding Anthony Bourdain, the chef-turned-writer who found fame with his 2000 memoir, "Kitchen Confidential," which led to critical acclaim and to household notoriety with his travel food docuseries, "Anthony Bourdain: No Reservations" and "Anthony Bourdain: Parts Unknown."

If you've seen the show, you know just how personal it is for him. He narrates every episode with words he wrote himself, infusing them with his feelings on a place which thereby forms a direct and lasting connection with the viewer. "Roadrunner: A Film About Anthony Bourdain" by Morgan Neville, a documentarian who has a long list of titles favoring figures in history and popular culture (most notably is 2018's "Won't You Be My Neighbor?" about Fred Rogers), investigates Bourdain and the twists and turns his life took after skyrocketing to fame. By interviewing many of Bourdain's friends, producers, longtime business partners, television crew and even his wife with whom he shares his only child, Neville attempts to bring the entirety of Tony Bourdain to light — the good, the not-so-good and, most importantly, the human.

After struggling for years as a cook, then a chef in New York City, Bourdain took the industry — and unsuspecting patrons — by surprise with his aforementioned memoir, revealing "trade secrets" to the world at large. (If, for example, you've been told to never buy and eat sushi on a Monday, the story being that fisherman have last cast their nets on Thursday, so the fish you eat on Monday will be four or five days old, then you've already felt Bourdain's hand on food culture). This early side of Bourdain — the younger, less confident, less experienced personality — is crucial to understanding the later Bourdain, one who could sway a viewer to feel one way or another just by speaking his eloquent, raw truth. Morgan introduces each interview and person of interest from Bourdain's life with careful consideration, interweaving their stories and memories of the larger-than-life man with crucial footage from the early days of superstardom.

With a bestseller and public interest on his plate, Bourdain headed a book tour which led to a lecture circuit. Then two producers became interested in creating a travel show with the tall, lean, chain-smoking, quick-witted chef at its center. The rest, as they say, is history. Bourdain went from a life spent predominantly in New England to traveling 250 days of the year, a roaming nomad with a persona to rival the likes of Hunter S. Thompson or Jack Kerouac. He divorced his high school sweetheart and wife of 20 years and escaped the only life he knew, juggling travel, his new profession and his introverted personality. This, according to many of his friends, is the unseen Bourdain, the one who joked about killing himself to lighten the levity he felt for much of his life. His mental health, like most things, waxed and waned as he saw more of the world and the hardships of many global communities.

"How could someone with fame, a lot of money and a killer job do such a thing?"

Morgan spends the film's runtime attempting to dispel the narrative that Bourdain had it so easy just because of the optics of his life. He was a trusted public figure, generally liked if not loved by viewers. He seemed to have "the life," a common outcry by the incredulous public when news of his suicide broke. But Bourdain never quite felt home, and even after he attempted to settle down with a more traditional domestic life, taking on another wife and finally having a child at nearly 50, he couldn't sit still. He maintained a heavy travel schedule which was tenable for a time...but not forever. Morgan and "Roadrunner" do an admirable job of balancing the juxtaposing aspects of his life and the emotions they elicit. The mood is that of sorrowful reminiscing, full of love, some remorse, but mainly appreciation.

"Roadrunner" veers into sensitive territory with his final romantic relationship (for two years, he dated Italian actress and outspoken #MeToo advocate Asia Argento, who was not interviewed for the film). It was, as the film implies — as do those close to Bourdain — an unconventional bordering on toxic one. There was infatuation and infidelity. Bourdain threw himself into political advocacy in support of Argento, making the television rounds decrying the likes of Harvey Weinstein, his girlfriend's alleged abuser, and praising the female empowerment movement. He also set aside his professionalism by allowing Argento to work on his show. It was after they were on the rocks, on an unassuming night after filming the show in France, that Bourdain took his own life. His close friend and fellow chef Éric Ripert found him, and though he contributes to the documentary, he "does not speak" of that particular memory.

In the end, Bourdain didn't leave a note. Toxicology reports found nothing substantial in his system. The enigma in real life was an even bigger conundrum in death. Like Bourdain and his shows which reveled in ambiguity, leaving much up to audiences to determine good from bad and right from wrong, Morgan and his film aren't making a clear statement about motive. To say it was just his flailing relationship with Argento would be giving it too much credit, and those close to him are eager to emphasize that, despite the ending, he was a bright light for many. Like the man himself, the film is neither all-encompassing nor exclusionary. It's multifaceted. The truth is a complex jumble of perspective, distorted by time and many places. Bourdain, who abhorred sentimentalism after death, should, at the very least, be proud of the mark he made, and this film is a testament to it.

"Roadrunner: A Film About Anthony Bourdain" is in theaters now.