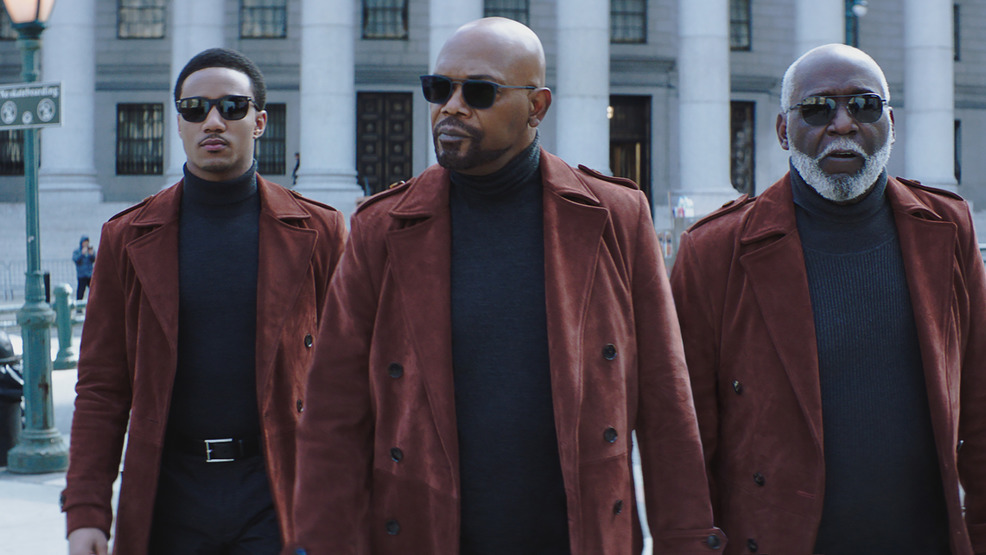 Review: 'Shaft' is a case study of just how wrong filmmakers can get it

It’s been 19 years since John Singleton, the writer-director-producer who passed away in April at just 51, graced us with “Shaft”, a sequel – NOT a remake – to the 1971 blaxploitation action thriller also entitled “Shaft”.

The original "Shaft" ushered in a new era of inclusion for African-Americans in Hollywood. The music by Isaac Hayes won the film an Oscar, and it’s hard to say the word “Shaft” with raising your voice an octave and squinting your face in a way that feels like a natural combination with the sound you’ve made.

Singleton’s “Shaft” was hardly an instant classic, building off its predecessor for name recognition - primarily. Though it told a straightforward story about John Shaft, an NYPD detective disgusted with the system that fails to hold privileged white perpetrators accountable, the film left no indelible mark on audiences. Despite its flaws, of which there are many, the film has several compelling performances from its lead Samuel L. Jackson, its villain Christian Bale, and even a supporting role from Toni Collette. It has grit, and the runtime is, at the end of the day, not a miserable time spent.

What I would have given to have revisited that film instead of the newest sequel. Also not a remake. Also entitled “Shaft”.

John Shaft Jr. (Jesse T. Usher) is the son of John Shaft II (Jackson) and, as it's revealed this time around, the grandson of the original John Shaft (Richard Roundtree). That’s three John Shafts, if I'm losing you. When JJ and his mother (Regina Hall) are nearly killed by his father’s enemies, they pick up and move away from the private eye and his many dangerous indiscretions to a nice suburb where he can grow up like any normal kid whose father gifts him playboys and condoms on his birthdays.

Twenty-five years later, JJ is a straight-laced data analyst at the FBI who rocks bow ties un-ironically and understands how to hail an Uber, two traits that shock and horrify his father when they reunite over a mystery: JJ's best friend, a war veteran active in his Muslim community, is found dead of an apparent overdose. The circumstances seem fishy, and JJ isn’t about to let it go without looking into it.

The trail leads them to a mosque, a money-laundering grocery store front and a rehabilitation center for veterans, with a stop or two at Shaft’s favorite dance club where he can conspire with mob leaders and check in on his side chicks, Baby and Sugar. When it comes time for the big stand-off, the two lesser Shafts enlist the aid and firepower of John Shaft the Elder, a cameo filled with a few one-line zingers and an opportunity for the three Shafts to wear matching turtlenecks and trench coats.

To dissect this film too deeply would give toxic masculinity and blatant homophobia their time in the sun. The film is a case study of just how wrong filmmakers can get it. Written by, shocking, two dudes, Kenya Barris and Alex Barnow, “Shaft” veers towards comedy this time around, sacrificing story, character development and just about everything else that defines a quality movie-going experience in order to propel its nauseatingly numerous jokes about “tapping ass” and what it means to be a man.

Because, you see, JJ isn’t a man. He’s a metrosexual man-boy who doesn’t have game, doesn’t like guns and prefers a career behind a computer instead of one in the line of bullets. As his father takes him under his wing, we learn precisely what defines masculinity, and, when JJ achieves such a feat, only then is he rewarded with solving the crime, getting the girl and ditching his slim fit pants for a gun holster.

It’s sickening, really, because this unavoidable chauvinism defines the film. You can't miss Shaft’s many, many uses of a word that starts with “p” and relates to the female genitalia, and though Hall’s character isn’t a bimbo like the girls at the club, she is, instead, just another nagging woman, another stereotype and simplification for who is supposed to be our strong female lead.

The acting suffers because of the weak script, and what little mystery the film builds is destroyed by the ridiculous machismo of our main character. Perhaps we’re in a time warp and this film was actually supposed to release in 2000. That would make it, not acceptable, but at least comprehendible. Otherwise, you may spend the entire film wondering how it got made at all...and who suckered you into giving it any air to breathe.