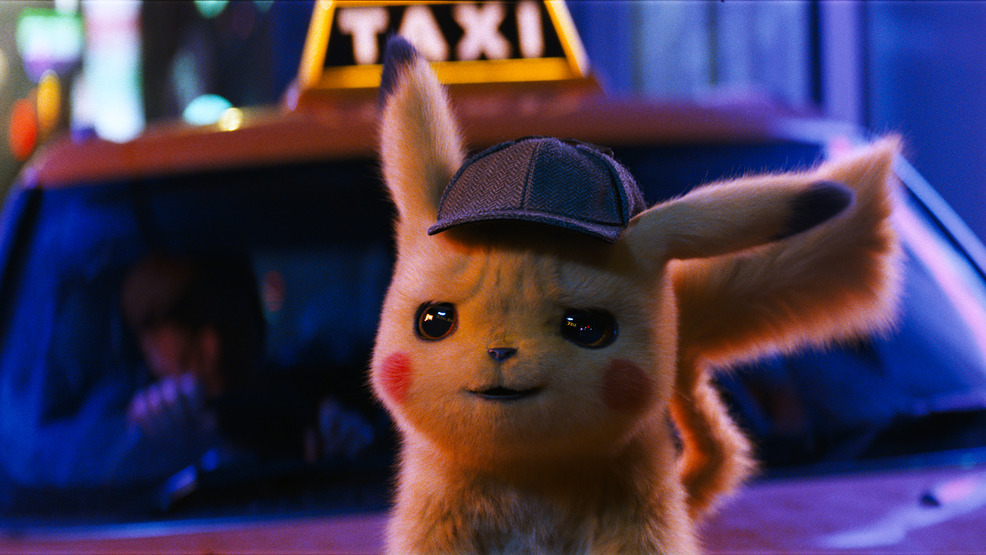 Review: 'Pokémon: Detective Pikachu' has the distinct smell of a cult classic

Like its live action-animation hybrid predecessors, “Pokémon: Detective Pikachu” has the distinct smell of a cult classic. It tries very hard in the ways that count – squeeze as many Pokémon characters on screen as is reasonable within its sub-two hour runtime – and very little in the ways its target audience is sure to forgive – plot, dialogue, world building and the like.

If you do not know what a Pokémon is or where to get one, this silver screen iteration will most assuredly be a strange acid trip that is, if anything else, an excuse to binge on endless refills of popcorn and marvel at the well-executed CGI and Ryan Reynolds doing what Ryan Reynolds does best.

However, if you have any knowledge of the original 1995 property that was first a video game and then spawned the top-selling trading card game, television shows, an anime film series, books, comic books, toys, merchandise, and, most recently, the mobile augmented reality game Pokémon Go, then there is much to appreciate in its first live-action film.

Tim Goodman (Justice Smith), our literally-named protagonist, is an insurance agent and former Pokémon trainer hopeful. He gave up that dream when his mother died and his father moved away to pursue his career. It is his fraught relationship with dear old dad Harry Goodman that forces Tim to Ryme City, the only metropolis that allows and encourages co-habitation and cooperation between humans and Pokémon who would otherwise live in the wild.

Harry, a Ryme City detective, befalls a terrible car accident in questionable-at-best circumstances as he leaves a top secret testing facility. Mewtwo, a lab-made Pokémon, is the hush-hush project that breaks free and curtails the vehicle with his gift of flight and miscellaneous magical powers. Harry is assumed dead.

Tim is left to close out his father’s apartment where he meets Lucy Stevens (Kathryn Newton), an intern flaunting as a reporter at the city’s major broadcast syndicate. She works alongside her Pokémon partner Psyduck, an anxious basket case that explodes when stressed. She believes Harry's disappearance is part of a greater conspiracy. But with her caricaturish delivery and juvenile optimism, she’s more film noir gauche with a flair of insecurity than substantial reliability, and Tim, like the audience, doesn't warm to her raving notions immediately. Newton plays Lucy with such carefree confidence, we quickly forgive that twinge of annoyance we experience from exposure to a bimbo female character in 2019.

While picking through his father's apartment, Tim next meets Pikachu (voiced by Reynolds), a wily, caffeine-addicted wannabe-detective who's lost his memory. To the shock of Tim and Pikachu, they can understand each other, a skill no human and Pokémon have ever acquired. Pikachu, it turns out, was Harry’s partner, a revelation that leads them on a chase to underground, illegal Pokémon battles and back to the scene of the laboratory Pokécrime, culminating in an epic showdown on the streets and in the air over Ryme City to uncover the truth of what happened to Pikachu’s memory and Tim's father.

Kan Watanabe is given a rather pointless role as a lieutenant that puts none of his talent to any use, and Bill Nighy stars as Howard Clifford, the wheelchair-bound, mega-wealthy owner of Lucy’s television station. The script, co-written by director Rob Letterman, is infuriatingly laughable at times in its simplicity. Dialogue rolls off no tongue with natural sincerity, and the characters are half-dimensional from a good angle. It wouldn't work if not for the adorably detailed munchkins that dominate our attention and not only steal, but salvage the show.

"Who Framed Roger Rabbit" did it first and most spectacularly. "Space Jam" did it again, and, despite tepid critical reception, went on to hold a special place in the heart of every 90s kid. "Pokémon: Detective Pikachu" has that same momentum, and this time, the film has science on its side. The CGI creatures are incredibly life-like. The computer artwork is so convincing, it's easy to forget Reynolds did most of his acting from a booth somewhere. Lest we forget, they are the stars that will pull in a box office number of any size. And for fans, they won't disappoint.