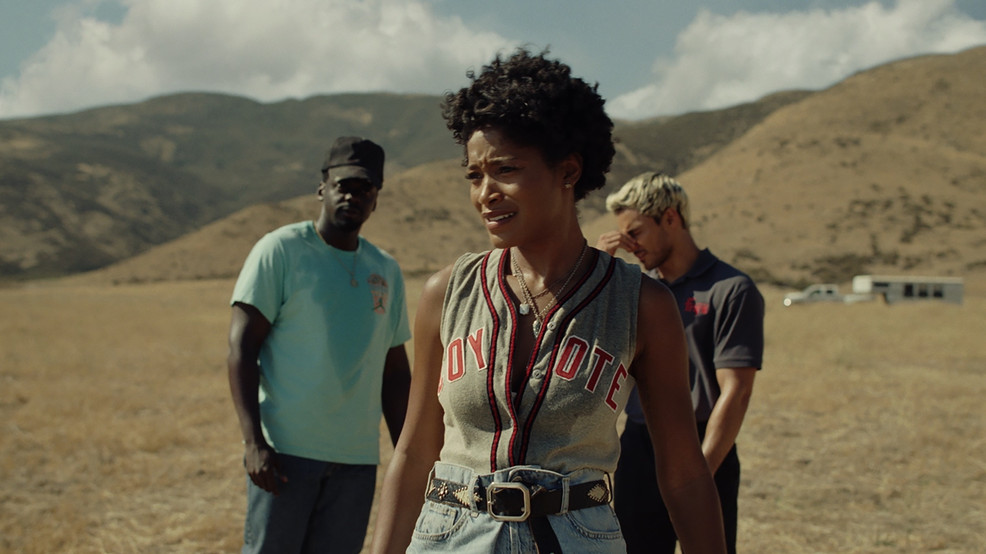 Review: 'Nope' will be an easy yep for horror film fans this summer

Having made a brand for himself with just two films, Jordan Peele is arguably the modern master of horror. His ability to subvert viewers' expectations and interweave subtle, meaningful detail - Easter eggs that often have fans and followers of the director dissecting and reinterpreting his work frame by frame - has gained him a massive cult following. In fact, you can't watch his films without feeling like there is always something lingering beneath the surface of what he puts on the screen, a second message that is often much darker and insidious, if not honest and raw, than the manicured outer layer he commits to screen.

While "Get Out" and "Us" spoke volumes to the state of race relations in America, his third film plays tackle football with a UFO and wins, redefining science fiction horror for a new generation of viewers and bringing back the good ol' monster summer blockbuster. In the same vein of big-budget alien invasion stories like Steven Spielberg's "Close Encounters of the Third Kind," "Nope" is ambitious, walking the fine line that such large-scale sci-fi flicks must straddle in order to appease discerning audiences. It is quiet, sneaky and brooding with the set-up, but once it starts moving, "Nope" turns loud, churning the wheels and flashing the lights as maestro Peele conducts a truly audacious spectacle.

It is precisely America's obsession with spectacles that Peele has said publicly was his focus this time around: how we view them, how we react to them and how diligently and dangerously we are drawn in by them. The exhibition at the heart of "Nope" is twofold: the aforementioned UFO, an alien entity that has settled in a dusty valley of inland California, and an angry primate from 20 years prior which held the nation by the throat with a bloody, near-fatal incident involving a show-chimp in front of a live studio audience. (Possibly the most horrific part of the film is the description of the fictitious "Saturday Night Live" skit mocking the monkey's rampage which, told in flashbacks, is grisly, somber and terrifying in its existential offhandedness.)

Steven Yeun stars as side character Ricky Park, a survivor from that ill-destined sitcom who, despite living with that traumatic memory from set, grows up to run a ridiculous Gold Rush-themed amusement park called Jupiter's Claim. Peele has an incomparable talent for creating characters with depth and distinct voices, even if they aren't in the leading role. Park, a cheesy actor who pivoted into a reality television star and circus ringleader, has his story fully fleshed and surely represents the most attention-hungry of society.

Peele may lay the groundwork with an immaculate script and Hoyte Van Hoytema, one of Christopher Nolan's frequent collaborators, definitely sets out heavy seduction with his eye-catching cinematography, but "Nope" succeeds because of Daniel Kaluuya in an understated performance that both drives the film forward and anchors its otherworldly premise to reality. He is our tepid lead OJ Haywood, a one-note cowboy attempting to keep his family's horse business alive after the untimely death of his father. The Haywoods come from a long line of Hollywood players, descendants to the first person, Black or otherwise, to appear in a moving picture.

The Haywood family has been supplying trained horses for film projects for generations, though CGI and OJ's standoffish personality prove to be hurdles they may not be able to overcome in the 21st century. Luckily, his sister Emerald (Keke Palmer) is all the vivacious energy that OJ lacks. Palmer, an actress with range for days, has the uniquely tricky task of providing the majority of the film's comic relief while also believably living in terror of an extraterrestrial predator, a tightrope she treads handily.

After a series of weird power outages and spooked horses, OJ and Emerald employ the help of Frye's tech support Angel (Brandon Perea) to upgrade their security cameras in hopes of capturing that which is haunting their sleepy gulch town. What was thought to be one of nature's freak phenomena is clearly something much more threatening. In "Nope," like he did with "Get Out," Peele prefers to slow roast his audience by raising the heat under the pot gradually. We are cooked tender by the film's end.

However, the joy of Peele's films is certainly not the ending, but his justification of the means which often veer into sociopolitical fodder injected directly into the veins of his thirsty minions. Yeun's character, a somewhat smarmy, but overall likable guy who blatantly ignores his own personal experiences with wild creatures, drives the writer-director's thesis forward to the film's center: is it human nature or human's evolutionary complacency to ignore life-saving intuition for just one glimpse of the car crash? Is the admission ticket worth the true price we pay to behold the spectacle?

Even OJ and Emerald, who greatly fear their mighty alien opponent, are more interested in getting their "Oprah shot" than protecting their lives by evacuating. Of course, we wouldn't have any horror movies if the characters simply run away when the mood spoils. Perhaps that is why this genre is the most direct path to anatomizing the human psyche. Peele certainly thinks so. Why look up when you can look inward?

"Nope" is in theaters now.