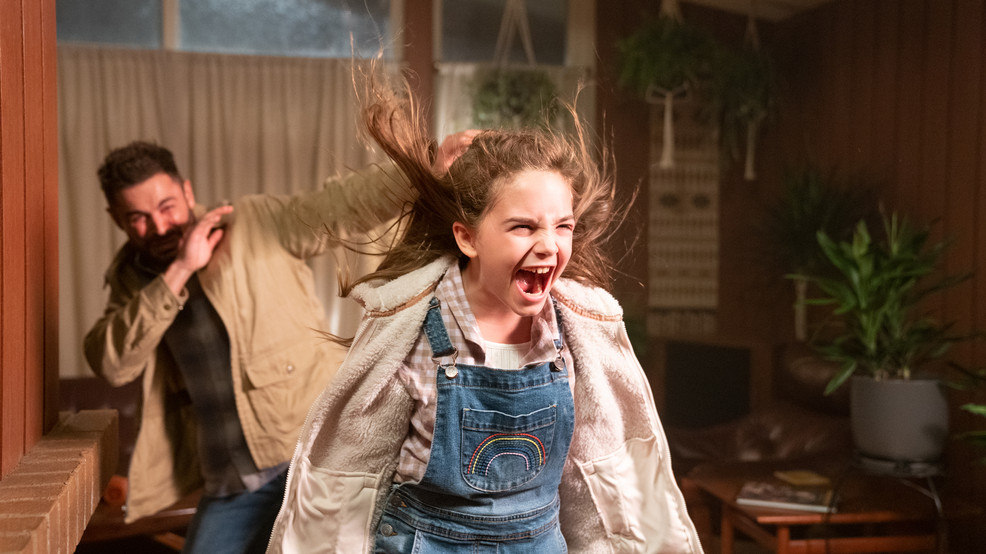 Difficulty in adapting the works of Stephen King has long-plagued filmmakers. The prolific writer often creates characters with extensive backstory and the necessity to develop over the span of hundreds of pages, something a film confined to two hours can't always deliver without sacrificing the meat of the story or the spark of cinema. A prime example of this is "Firestarter," the latest reimagining of a King property. Starring an ill-cast Zac Efron and a wonderfully talented 12-year-old Ryan Kiera Armstrong, the adaptation takes on the science fiction-horror novel originally published in 1980 with tame sensibilities and a mild, though well-placed interest in the characters' emotional resonance. By default, there is simply not enough dynamic tinder - or realistic CGI - to set the film ablaze.

The 1984 "Firestarter," which propelled its 8-year-old star Drew Barrymore to peak child actor fame, had a similarly befuddling time translating the story effectively onto the screen. That film opened with its stars on the run, dodging highway traffic and comically rolling down hillsides to evade capture. This 21st-century retelling chooses instead to first establish our lead characters, allowing us to understand their gifts and organically "warm" up to the "on the lam" action that ensues. Unfortunately, at a lean 94-minute runtime, "Firestarter" doesn't have the time to do both well, and as charismatic as Efron is, this role as a father to a tween, while earnest, feels completely inauthentic. (Could this be the Millennial in me who has a hard time shaking the Disney teen heartthrob persona that Efron once embodied? Possibly.)

Efron's Andy McGee has a strong connection with his family and will stop at nothing to protect them, including using his gift that he calls "The Push." It's the ability to influence people's actions by looking them in the eye and telling them what he would like them to do. It's like mind control, but softer. He makes a small, off-the-books living by offering "life coaching" skills to help people quit smoking or gain confidence. He and his telekinetic wife Vicky (Sydney Lemmon) gained these powers, as well as mild telepathy, after they signed up to be lab rats for an experimental drug, developed and tested by a government agency known as the Shop.

The couple ran away and into hiding when things began to sour with the Shop's high-ranking officials. It is their daughter Charlie (Armstrong) that the villainous entity, dormant for many years until fresh, enthusiastic leadership stepped in, now wants most of all. Born with an amazingly destructive pyrokinetic power, Charlie has the potential, as she nears adulthood and her powers grow, to cause a nuclear explosion on a whim. As a pre-teen, she's begun with small, unintentional blasts, like fireballs in the school bathroom following a bout of peer bullying or accidentally setting her mother's hands on fire.

Screenwriter Scott Teems and director Keith Thomas have the right idea here. After all, King's novels, though labeled "horror" or "science fiction", are actually human dramas at their core. King's talent lies not in concocting the most outrageously terrifying story imaginable, but in humanizing those considered monsters by society's standards. Charlie certainly isn't innocent; despite her cherub face and squeaky adolescent voice, she kills plenty of things this round. Spending time with the McGee family is essential to understanding their connection, and subsequently, the reason behind the decisions they make. Teems even shortens and redevelops the ending of the book to one that puts the power and focus on Charlie so that when she does arrive at the Shop where Andy is being held captive, we fear her strength and understand her invincibility.

To capture the father-daughter duo, the Shop has sent rogue assassin Rainbird (Michael Greyeyes), and though his character is meant to develop a growing attachment to Charlie, it's never quite cleanly established this time on the merry-go-round. He's a lawless hitman without regard for casualties... and without much of a motive, honestly. It's also unclear why, if Charlie is able to rashly and without any trouble set a cat on fire, she is incapable of destroying Rainbird when she has several chances. There are plenty of inconsistencies to nitpick, but that isn't even the problem.

As much fun as B-horror is, "Firestarter" just doesn't offer enough to jumpstart its aging fanbase or create new admirers from young viewers. Even with a mid-tier budget of $12 million, the film lacks the necessary visual effects to draw us in, and despite Armstrong's solid performance, there is no charmed connection between her and the rest of the cast to keep us hooked. Make us laugh, make us cry, make us scared, but "Firestarter" unfortunately doesn't incite - or ignite - much feeling at all.

"Firestarter" is in theaters and streaming on Peacock.