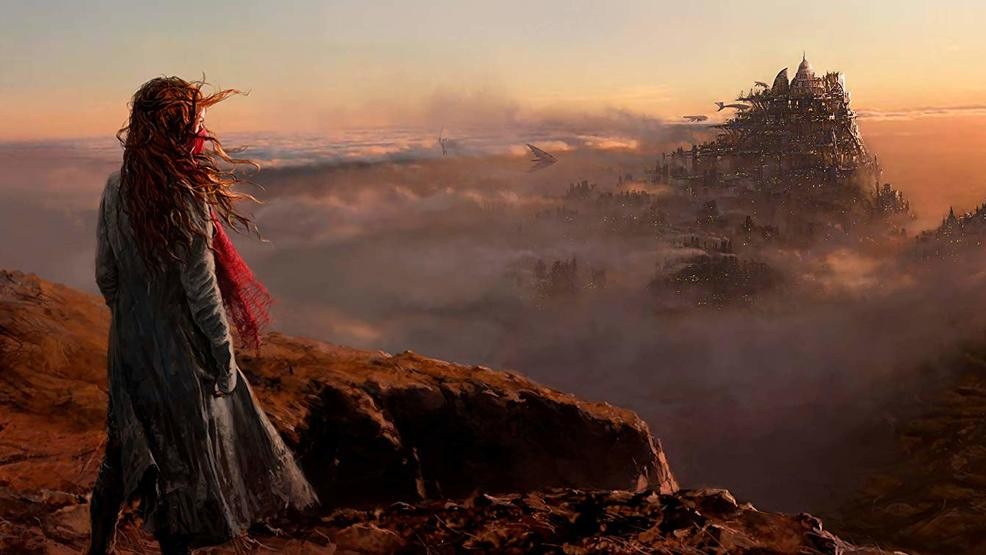 Review: 'Mortal Engines' is a lifeless fantasy epic that is mildly enjoyable at times

There is no leniency for a lackluster plot. Ever.

If a bad film is lucky, it will manage a handful of mediocre reviews, a decent return at the box office and a steadfast retirement into Netflix’s catalog. The problem “Mortal Engines” will face is not that it is “bad” per se. It’s simply not very good, and the parts that aren’t terrible are because you are hopefully seeing it in IMAX, if not on a regular theater screen, and the visuals are enough to keep you mildly entertained.

Co-written and produced by Peter Jackson of “Lord of the Rings” fame, “Mortal Engines” is a lifeless fantasy epic that is mildly enjoyable at times, but suffers from several grave afflictions that ultimately incur steep viewing consequences.

Based on the 2001 series by Philip Reeve, the film is a sweeping, steampunk look at our post-apocalyptic world after a “Sixty Minute War” ravages the earth, forcing the major cities to find a set of wheels – yes, cities become Monster Truck-type monstrosities – and scour the wastelands for resources, undergoing what is coined “Municipal Darwinism”. London is the principal “Traction City”, dominating and ultimately “devouring” smaller traction cities in order to utilize their resources.

Following a high-thrills chase sequence that opens the film, London is undergoing one such feast when a local historian Tom Natsworthy (Robert Sheehan) meets Thaddeus Valentine (Hugo Weaving), a local celebrity who was once a historian as well. Small talk is cut short by a mysterious woman named Hester Shaw (Hera Hilmar) who inexplicably attacks Valentine and narrowly escapes by ejecting herself off the moving city.

Despite his well-meaning intentions, Tom pursues the shadowy girl and inadvertently lifts back the veil on a decades-old secret that makes him a liability and therefore, disposable. Stranded in the harsh tundra, Tom and Hester must work together to reach civilization and stop Valentine’s maniacal plan before the earth is hit with another geo-catastrophic event.

Frequently oscillating in tone and aesthetic between Jim Henson (minus the puppets) and other extreme fantasy world-building films like “John Carter” and “Stardust”, “Mortal Engines” is certainly not hard to look at. Director Christian Rivers, a former storyboard artist and visual effects teammate for most of Peter Jackson’s biggest hits, understands what we want to see and, more importantly, how to translate that onto the screen. The colors pop. The world around us swirls.

Shot on detailed sets, the beauty is surely in the details. Hundreds of perfectly dressed extras flock through several scenes large-scale scenes including the aforementioned chase sequence. The set of London is surprisingly charming and intimate, and it gives us the sense that we really aren’t in Kansas anymore. Not Kansas in the 21st century, at least.

The inventive machines of the future pique our interest, but therein also lies one issue the film struggles to address: the mechanics of the beastly cities are never fully explained or shown in enough detail. It, therefore, doesn’t seem plausible that cities could be made mobile. The plot is immediately built on a shifty, uncertain premise, and we, as the audience, don’t feel secure in the world we are entering. World building in a fantasy film is essential to its success. How can you allow yourself to dream if you know that you’re asleep?

And the characters. They can’t seem to escape the caricature natures written into the script. Hester is a one-note, manic, alt-Disney princess who hides behind a scarf because of a measly scar on her face. Tom is a wide-eyed ingénue with only good intentions and very little self-awareness; he is also supposed to be the love interest, but there isn’t much chemistry flickering between the leads. Valentine is the fiendish villain with a sparkle of menace in his eye and an evil plot that actually, maybe wasn’t thought through all the way.

Sure, the sets are cool. The story rolls hard and fast, racing towards a final battle that you see coming from across the flatlands, but in the end, it feels like a long road trip to nowhere with people you don’t particularly like.