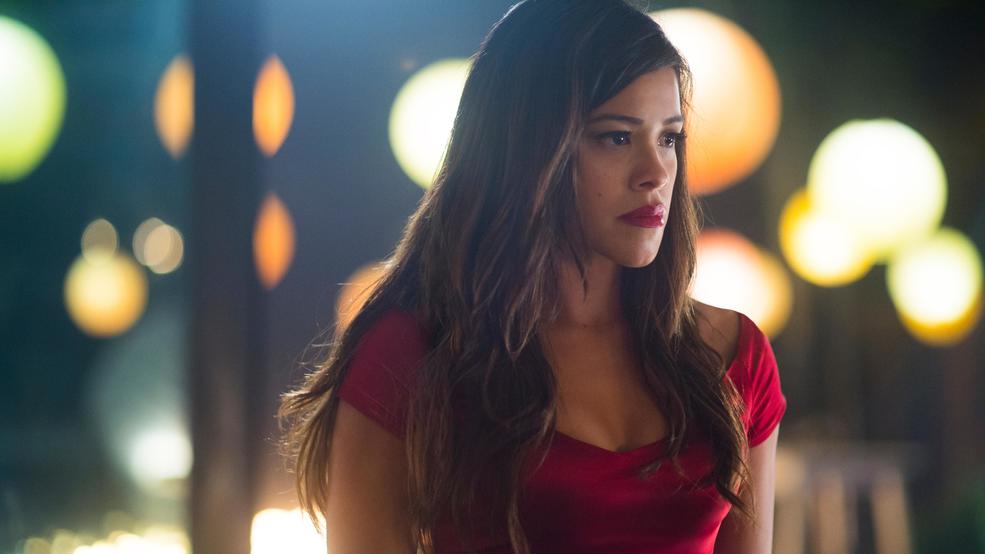 The new film by director Catherine Hardwicke who helped fuel the teen angst genre in the aughts (think "Twilight", "Lords of Dogtown" and "Thirteen") has lofty targets. It places a young woman in an incredibly difficult and dangerous ultimatum: leave her friend to the horrific grips of sex trafficking or help a Mexican drug cartel for her release at the risk of being caught by authorities or, worse, sucked into a life of crime she’ll never be able to escape. It seeks to be equal parts thriller, action and drama, while making a statement about the systemic corruption in law enforcement and also appealing to female viewers with a shaky subplot involving a beauty pageant.

If only, if only. The problem is that ‘Miss Bala’, a remake of the 2011 Mexican film of the same name, tries to do far too many things to succeed at any one of them. Gloria (Gina Rodriguez) is a Los Angeles-based hairdresser. She returns to Tijuana where she lived as a kid in order to help her best friend Suzu (Cristina Rodio) prepare for her shot at the Miss Baja competition.

When they’re caught in the crossfires of a drug cartel’s assassination attempt on Tijuana’s police chief, the women are separated. Suzu is nowhere to be found, and Gloria, in her desperation to retrieve her childhood comrade, places her trust in the wrong people. Lino (Ismael Cruz Cordova), the head of the cartel, takes a quick liking to his sassy and smart captive. As their time together unfolds, Gloria’s willingness to survive will push her past her limitations and unleash a deep power from within.

Despite it’s ridiculous plot and even more unbelievable (in the literal meaning of the word) character dynamics, ‘Miss Bala’ isn’t a terrible time. If you give in to the fact that it’s not going to elicit any sort of profound reaction, you may enjoy yourself throughout to the outlandish, but predictable ending. It moves quickly and doesn’t linger on one scene for very long which, in a terrible film, is a silver lining.

That being said, ‘Miss Bala’ stretches the limits of believability and pulls the viewer in too many directions to make it a productive film-going experience. We’re supposed to believe that Gloria, a seemingly average twenty-something hairdresser with no prior experience handling a gun or dealing with sketchy characters, has the uncanny ability to not just blend into her new reality, but outsmart the highly trained veterans around her.

Then, the film takes it a step further. It positions her as a desirable ally for these ruthless teams. The DEA, the drug cartels, the corrupt Mexican police force. They all vie for the superhero that is Gloria. A hairdresser from California. Hilarious, if only it were also attempting to be a comedy, which it’s certainly not.

The film does have one redeeming quality, and her name is Gina Rodriguez. We’ve seen her in a few action roles like ‘Deepwater Horizon’ and ‘Annihilation’. She has a way on screen that makes even a terrible film at least somewhat palatable. But without much structure or succinctness, palatable is as far as it goes in this case.