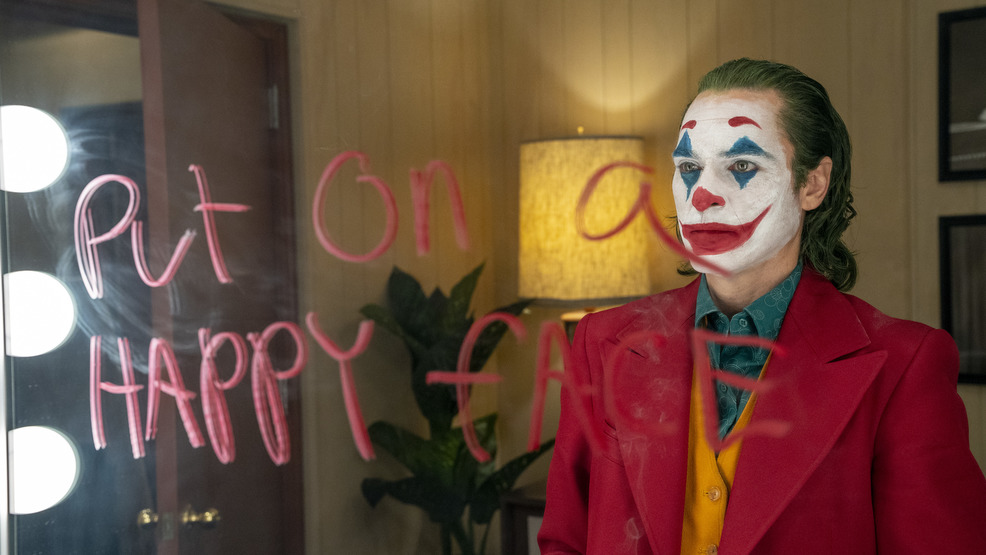 Review: Joaquin Phoenix gives the performance of his career in 'Joker'

When Heath Ledger posthumously took home the Academy Award for Best Supporting Actor at the annual ceremony in 2009, it wasn’t just a pity win. His take as the Joker in Christopher Nolan’s “The Dark Knight” was revolutionary, cementing his place in Hollywood history as the only actor to win an Oscar for acting in a superhero film.

That isn’t to say he was the first person to play the Joker. Who can forget Jack Nicholson and his face prosthetics in Tim Burton’s “Batman”? Or Jared Leto’s “we get it, you’re so method” whack at the iconic green-haired villain in “Suicide Squad”? Even Luke Skywalker himself has lent his voice to an animated iteration.

And while I didn’t think anyone would ever be able to fill the large shoes Ledger left behind, I am happy to report I’m eating those words for breakfast, lunch and dinner for, minimally, the next six months thanks to the newest film in the Batman universe. It tackles the backstory of, not our hero, but his arch-nemesis with the perfect storm: an unflinchingly gritty script, precise production design, a scary vision for the Joker of today and just the right talent to pull it off.

Co-written and directed by Todd Phillips, best known for his buddy comedies “Old School”, “Road Trip” and “The Hangover” series, “Joker” is a tantalizingly dark case study of evil created, not born. A villain formed by society, Joker this time is played by the notoriously shy Joaquin Phoenix, an actor’s actor and scene-stealer who melts into the role of Arthur Fleck, a down-on-his-luck party clown whose verbal ticks and off-kilter sense of humor don’t make him any friends. He supports his bed-ridden mother (Frances Conroy) in a slummy apartment in Gotham’s sketchiest neighborhood by taking odd jobs dressed in full make-up and wig, moonlighting as a wannabe stand-up comedian.

The iconic laugh associated with the perpetually grinning anti-hero is even given some context. It’s not just a device used to instill greater fear of the character; Arthur has a physical disability, a product from an abusive past that causes him to laugh uncontrollably at inappropriate times. The head trauma from his childhood also plays into his inconsistent grip on reality, a dizzying drink of dissociation.

He falls hard for the single mom down the hall (Zazie Beets) and daydreams about what it would be like to be a guest on his favorite late night talk show hosted by the smarmy Franklin Murray (Robert De Niro).

Arthur's life begins to unravel when the world continues to knock him down. He loses his job and gets picked on one too many times, setting off a series of events leading to a cultural revolution threatening to burn Gotham to the ground. At first hesitant to claim his rightful place as the king of mayhem and overseer of the uprising, Arthur is replaced by Joker, a rash, brash, unapologetic killer who is no longer confined by expectations or etiquette.

With a portfolio of films that veer on the side of comedy, Phillips tackles his first true drama with "Joker", and he absolutely nails it. The psychological suspense builds slowly but steadily with a script that balances the two most important aspects in a big screen character study: space in the small moments for a break-out performance and a firm hand with the storyline that flows naturally to the fireworks finale we expect from a "superhero movie".

But this isn't like any other Batman film we've seen and could best be compared to "Logan", the Wolverine send-off that plucked at heartstrings and fully rounded out the character and his journey. In the same way, this film rests solely on Phoenix's shoulders. As the titular character, Arthur/Joker is present in nearly every scene, and his emotional journey is under constant scrutiny. From his mannerisms to his physicality (the actor reportedly lost 52 pounds and developed symptoms of a disorder), Phoenix gives the performance of his career, one already filled with admirable, transformative performances.

But this one is different. This one is his cry for gold. Oscar gold, and the masses will surely be chanting his name and singing his praises on high.