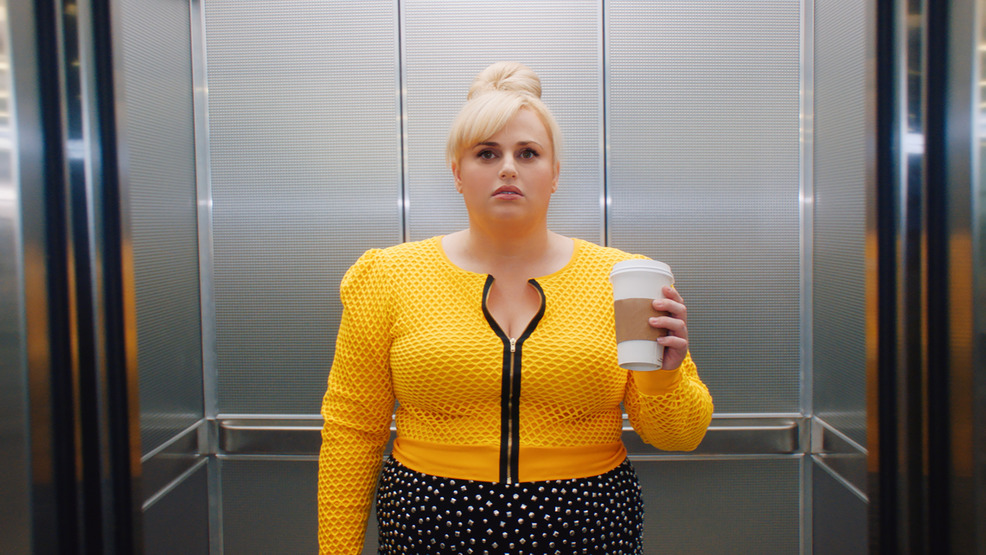 Review: 'Isn't It Romantic' is charming. For the first 20 minutes

Hot off the surprising chemistry they established in “Pitch Perfect” and its sequel, funny gal Rebel Wilson and “Workaholics” alum Adam Devine have paired up for this season’s Valentine’s Day rom-com, “Isn’t It Romantic”. It’s a cute film in theory alone because - though it has a unique plot, a cast of comedic hot commodities, a sexy, shirtless dude, Mrs. Nick Jonas, and an unusual love story - the parts don’t add up, and it falters before flatlining its way to the end credits.

The film hinges on Rebel Wilson’s charisma. The previews and posters feature the plus size comedienne looking confusedly at the camera or lamenting the paradigms of romantic comedy clichés. Wilson, in her own right, has the on-screen persona and one-two-punch delivery to carry the lead. She is surprisingly not the over-the-top character she’s portrayed in her previous hit roles; she replaces the self-deprecating, perpetually ignorant and upbeat character of Fat Amy with cynical, love-avert Natalie, an architect overlooked at the office and jaded in her personal life by the unrealistic expectations instituted by sappy romantic films.

When she’s mugged in New York’s subway and takes an iron-pole hit to head, she awakens in an alternate universe where her life is now every romantic comedy trope under the sun. Meet-cutes abound. New York smells rosy and her once dirty, unimpressive street is now home to cupcake shops and wedding dress boutiques. Her apartment has grown in size and transformed into every girl’s “Home Goals” Pinterest board.

Most auspiciously, the billionaire client her company is wooing (Liam Hemsworth) takes a sudden interest in her, proclaiming her “beguiling” and writing his phone number on the petals of a rose. Natalie, ever the skeptic, isn’t enjoying the attention, but spends every moment trying to escape this unusual sort of hell. Her best friend and coworker Josh (Adam Devine) is the only person who isn’t affected, though his “best friend turned love interest” status becomes quickly apparent when he falls for super model slash yoga ambassador Isabella (Priyanka Chopra).

There’s a musical number or two, lots of Vanessa Carlton music, dancing and plenty of astute quips about the ridiculous nature of the romantic comedy genre. And there is a charming nature to the film, particularly the first twenty minutes. The dialogue is real and garners hands down the most laughs. It sets us up well for Natalie’s unceremonious fall down the rabbit hole into La La Love Land.

But this is where the trouble begins. The plot revolves around the idea that most romantic comedies are monochrome and meaningless and merely a bundle of rain-spattered kisses parading as real-life intimacy and affection. The film does a decent job of abiding by this self-fulfilling prophecy. It checks all the boxes established over the years by the likes of “Pretty Woman” and “Bridget Jones’s Diary”: the superimposition of her thoughts as a spoken narrative, a rich man in a limo sticking his head out the sunroof, her attempt to break up a wedding, etc. In a fit of self-realization, Natalie begs the film to skip through her “trying on outfits” montage sequence, and she discovers this universe is PG-13 when her foul language is censored and, even worse, her love scenes with Australian hunk Hemsworth, are cut straight through to the morning after.

This is all well and good. It shows the film's commitment to the satire it establishes and garners a handful of chuckles, but by glossing and shining and sanitizing most of the film to hyperbolize the plot, the story falls as flat as a love note from Dwight K. Schrute. False...flatter.

It’s a hollow shell of a movie by design, which works in theory but not in execution. Possibly most disappointing of all is that the chemistry once so tangible for Wilson and Devine is gone, breaking the guarantee established early on that at least this film would involve a base level of attraction. Sure, it does have some of that, but it’s not the kind that will bring butterflies to your stomach. The film ends with a last-ditch effort to make a statement about self-love and the art of treating yourself with the respect you deserve, but let’s be honest with ourselves: that isn’t what draws us to the theater on Valentine’s Day. Give us a charming couple meeting at the top of the Empire State Building and call it a day.