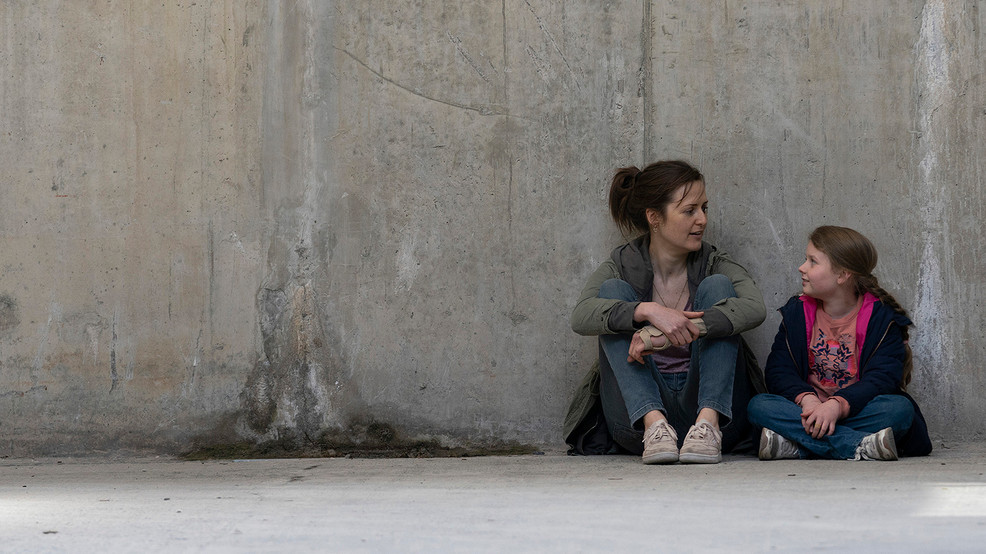 Review: 'Herself' is a sweet drama with an imperfect ending

Try as I might, I can't come up with two films more dissimilar than "Mamma Mia!" and "Herself". The former is a loud, vibrant musical about one woman's search for her father; the latter is a quiet, subdued drama about another woman's battle to escape the father of her children. Their one commonality, however, is Phyllida Lloyd. She began as a theater director, primarily opera, but broke into film with the 2008 adaptation of the ABBA-inspired cult musical, then followed it up by directing Meryl Streep again, this time to an Oscar in "The Iron Lady".

She took some time away from Hollywood, returning to the stage work that gained her an appointment to Commander of the Order of the British Empire (CBE). With her third feature film, Lloyd swaps out the picturesque coast of a Greek island for the quiet streets of Dublin. The shrill ring of ABBA's music is replaced by the screams of a wife and mother, fearing for her life as her husband punches her in the face.

"Herself" feels well-timed, riding off the coattails of the Me Too movement and positioned to garner comparisons to other female empowerment films with single mother leads out this year ("I'm Your Woman"). What is specific to Lloyd's film is the small-townness, but also the universality of her story and its setting. There are issues and protocols that are distinctly Dublin, and the hoops that the family must go through - jumping from hotel to hotel, ostracized from the paying guests by snooty management - are fascinating from an American perspective.

Clare Dunne stars as Sandra, a battered wife who finally finds the courage to leave her abuser. After a particularly traumatic incident, Sandra escapes via social services with her two young daughters (Molly McCann and Ruby Rose O'Hara), struggling to create normalcy for the girls in the midst of such upheaval. As she learns the system, clawing her way through the red tape, Sandra comes to find that getting out of the hotel and into a home is a much harder process than she was expecting.

Sandra's husband Gary (Ian Lloyd Anderson) is a cliche and the film's greatest weakness. His character is simplified to a series of threats and psychological manipulation in order to further the plot and Sandra's plight, though he has no depth beneath his punchy words and bruising punch. There is no attempt to make him a multi-faceted, real-life person. Do men like him exist? Of course. But there is more to that story, and to cast him as the heartless, unfeeling villain in a film otherwise so fully rooted in reality is a short cut.

That being said, "Herself" is a sweet drama with an empowering, feel-good, yet still imperfect ending. Sandra finds a benefactor (Harriet Walter), a disabled widow who used to employ her mother and now allows Sandra to continue to clean her house. Feeble and appreciative of Sandra's kindness, the woman gifts her a portion of her land on which Sandra can build a house for herself. As she starts the process, friends come out of the woodwork, donating their weekends helping her saw and nail a livable structure away, something to call her own.

The moral of the story is that women know how to pull themselves up by their boot straps, jumping into the fire in order to come out more fortified than before. You root for Sandra and feel her heartbreak in her lowest moments. Maybe having the very specific perspective of a Seattleite has made this story seem almost wistful in its optimism. Can it really be this simple? Can the answer to homelessness and escaping the system be to love thy neighbor, give what you don't need and lend a helping hand? If you want to simplify and romanticize the issue, then yes, sure, and "Herself" is the film that leads that charge.

"Herself" is available to stream on Amazon Prime Video.