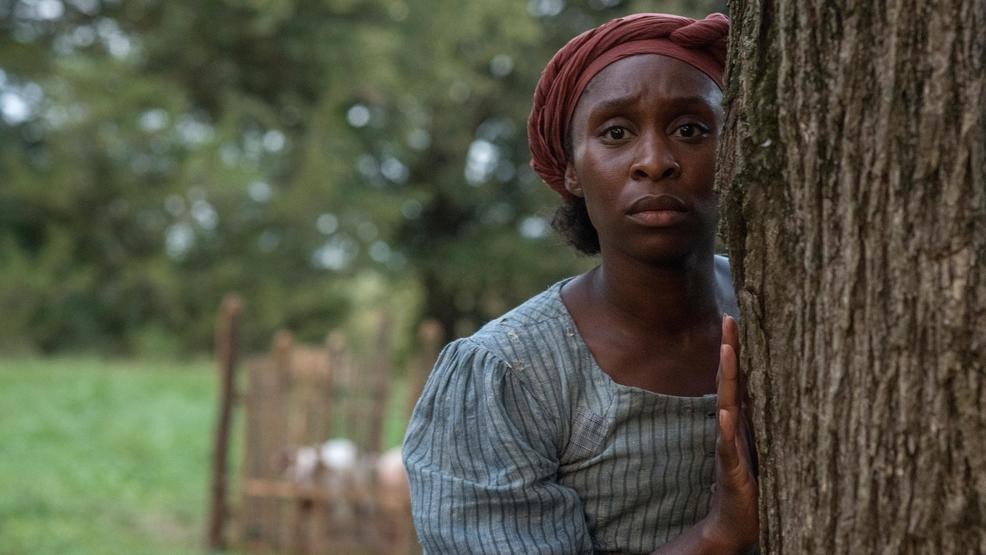 Review: 'Harriet' spends too much time poeticizing a life that needs little dramatization

It may seem unimaginable that among the countless biopics we've been both been touched by and subjected to over the years, Harriet Tubman's hasn't been one of them. She's widely considered a very prominent figure in American abolitionism, the most famous conductor on the Underground Railroad and one of few women to get more than a footnote beside their husband's name in the history books.

As the first stab at bringing the American history hero to life on the big screen, "Harriet" unfortunately doesn't live up to its namesake, taking too few risks to make it memorable and poeticizing a life story that needs little dramatization. Considering the many obstacles Tubman overcame IRL, including the hundreds of miles she traversed to bring some 70 slaves to freedom, it is a disappointing first foray into treatment of the 19th century darling.

Despite all this - and my better judgement - the movie isn't not enjoyable.

That's right, a double negative. Because it's best summation of how "Harriet" makes you feel upon leaving the theater. Technically, you don't like it, but there is something there that hooked you, that left you feeling better upon leaving than when you sat down. It will never be named on lists alongside similar films that invite comparison and have also tackled depictions of slavery in early America like Steven Spielberg's "Amistad" or Steve McQueen's multi-Oscar-winner "12 Years a Slave". But it's a safe first dip into a life that deserves plenty more attention. Perhaps it is the excitement of seeing this long-admired woman finally get her big screen adaptation that makes us a bit more forgiving.

We meet Araminta "Minty" Ross (Cynthia Erivo) as a young girl born a slave on a plantation in Maryland. She's haunted by the sale of her sister many years before (in fact, Tubman had not one, but three sisters sold away), but she has learned how to tolerate her masters, the Brodess family, led by young Gideon (Joe Alwyn) following the death of his father. When it becomes clear that Gideon's softness for Minty is distracting him from his duties as master, the writing is on the walls and Minty runs for it, placing her trust in the local preacher who is unknowingly her first stop on the Underground Railroad.

But it's not just the safe houses and anti-slavery activists that guide her safely north. Minty suffered severe head trauma as a child that knocks her unconscious and gives her vivid dreams, which she interprets as messages from God. These divine revelations allow her to pass the hundred miles to Philadelphia under the noses of cunning slave hunters and a vengeful Gideon who is focused on capturing his once most beloved "property".

Steering clear of the brutally explicit realism prominent in other films that detail life as an American slave, "Harriet" focuses instead on our protagonist's long and arduous journey from south to north and north to south and back and forth. Again. And again. Alwyn as the white slave owner is fierce in his curled upper lip and Southern drawl snarl, but beyond that, any graphic acts on the slaves are implied through glimpses of healed scars on backs and hushed stories whispered in urgent warning. We aren't shown the truly unfathomable reality those enslaved endured; that's not the story "Harriet" is trying to tell. It focuses purely on our subject, unwavering, perhaps to a fault.

Once in Philadelphia, Minty assimilates with the help of a local and completely fictional Marie Buchanon (Janelle Monáe) who was born free and operates a boarding house for those new to life in the north. She also falls into unofficial work with William Still (Leslie Odom Jr.), a local operator for the Underground Railroad. Minty becomes anxious, eventually deciding to return to Maryland to retrieve her husband (Zackary Momoh) and other family and friends she left behind. Having remarried upon her escape and assumed death, her husband sets Minty free from the burden of marriage. She is reborn as Harriet Tubman, granting her the abandonment that spurs her resolve to continue leading slaves to the north over an approximated 13 trips and solidifying her place in history.

Actor-turned-director Kasi Lemmons also co-wrote the script with "Remember the Titans" scribe Gregory Allen Howard, which explains why "Harriet" has that feel-good, underdog motivation. Erivo, who starred in "Widows" and won a Tony for her performance in the Broadway revival of "The Color Purple", is the stand-out here. Her Minty is meek at first, but gains stride and power with every step. Her rebirth as Harriet is visible and visceral, and she carries the film through the bog water and unending forests, a fearless leader we hope to see more of in the future.