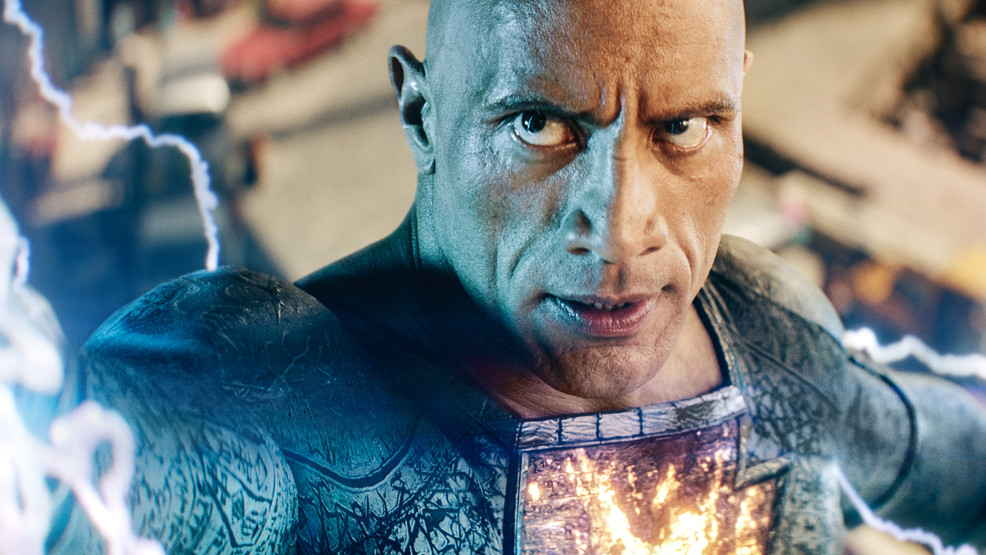 We are a society living under a Rock, as in, former wrestler-turned-actor and entertainer Dwayne "The Rock" Johnson. There are few times when his involvement in a project doesn't guarantee our engagement. With a career in film and television spanning over 20 years, Johnson has built his brand on sarcastic humor, white-toothed charm and ultra-masculine strength. That hard work ethic and powerful fandom of fervent admirers have led to this: Johnson as the titular character in a DC Comics feature film, a sign of prestige, popularity and, above all else, the studio's confidence in his ability to rake in the ticket sales.

The heavy-handed caveat about his lead role in "Black Adam," however, is that Black Adam, a deviant ancient being with untenable superpowers, mega physical strength and the ultimate impenetrability, is also morally corrupt and operates as a rogue champion of his enslaved people in the timeworn city of Kahndaq, a nondescript Middle Eastern metropolis. In layman's terms, Black Adam is the villain, not the hero one may expect. Given our association with Johnson as the perpetual "good guy", it would be much easier to grasp him as a "villain" if he were explicitly bad or troubled. The antihero Venom found surprising cult status among fans who reveled in his charming transgression, despite its subpar storyline and its abominable sequel. In contrast, "Black Adam" never firmly establishes Teth-Adam, his birth name, as anything other than a misunderstood protector and, at worst, a self-consumed alien deity.

Like a genie in a bottle, Black Adam is released from his tomb in a moment of great need. Adrianna (Sarah Shahi), a scholar of ancient mythology, enters an old cave of wonders in search of a mythical crown forged by demons. Her aim is to guard the dangerous relic from Kahndaq's oppressors whose tyrannical control has forced the people of the ancient city to seek any means of liberation. When she's cornered by the gun-wielding military operatives, Adrianna speaks the words - ending in the now famous calling queue "Shazam!" - and demands the city's fallen protector to do his work, namely blow up all the people hounding her and keep her resourceful son Amon (Bodhi Sabongui).

Unlike Robin Williams' ebullient genie, Johnson's Black Adam enters the stage with little fanfare, stamping out the fight without hardly lifting a finger. He's all-powerful and invincible, a doozy of a combination played with monotone stoicism by a normally effusive Johnson. His flat delivery may call to mind another body builder-turned-actor Arnold Schwarzenegger. The difference between Black Adam and The Terminator, however, is that the latter is a robot designed to kill without human ethics getting in the way and the former was a human whose personal backstory (death of his family, political injustice, you know the drill) should give Johnson a much deeper, complex character to dig into.

It is the writing, perhaps, that muddies Black Adam to the point of near obscurity, wiping away any proper establishment of character until all that is left is a meathead magician who can spar with jets of electricity and drop his foes from the middle of the ozone layer. Assigned to contain and detain the antihero is Amanda Waller (Viola Davis) and flying Hawkman (Aldis Hodge), who leads the Justice Society team on a mission doomed from the start. Despite their combined powers - Dr. Fate (Pierce Brosnan), some kind of mystical relative to Dr. Strange; Atom Smasher (Noah Centineo), the new kid with the ability to grow ten times his size; and Cyclone (Quintessa Swindell), a wind witch who can manipulate air into a tornado - Black Adam can flick them away like annoying ants, putting his lack of weakness on repetitive display.

As the film progresses, it becomes painfully clear that there is no epic villain to stretch Black Adam to his breaking point or make him realize that he's actually one of the good guys. Ishmael (Marwan Kenzari), one of Adrianna's collaborators, has ambition for world domination and becomes a fairly generic horned devil king thanks to the plagued crown, forging his reign on the backs of corpses he raises from the dead. Black Adam and the Justice Society must come together to save Kahndaq, even if as a temporary collaboration and not a binding peace treaty.

"Black Adam" certainly isn't meritless. Centineo's character is included purely for comic relief, and even Johnson sneaks in some dry-humored laughs. There are enough different ways Adam pulverizes his adversaries to retain audience attention. For some, a mildly interesting comic book movie may just be enough. But for those hoping that a Dwayne Johnson superhero film will paint the town black, it'll feel a little colorless.

"Black Adam" is in theaters now.