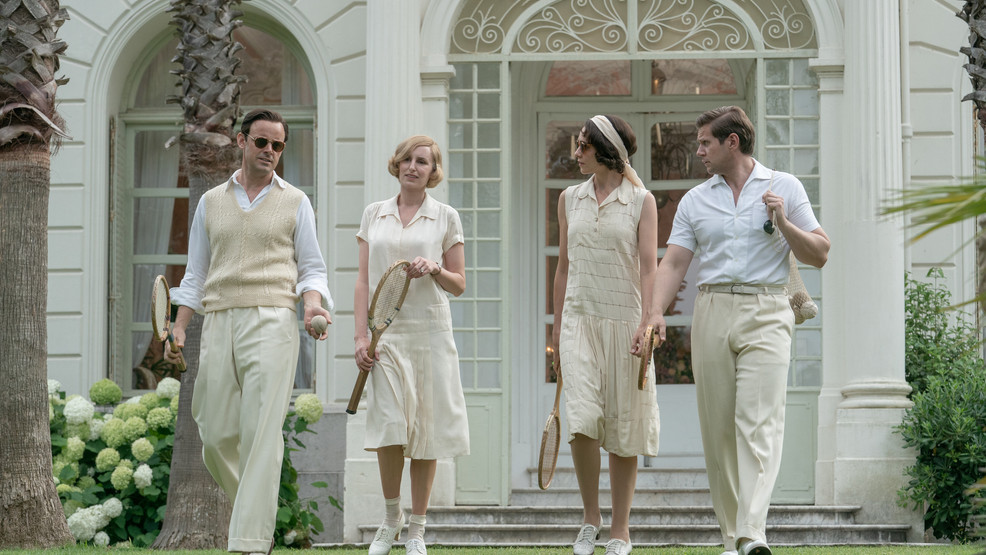 Review: 'Downton Abbey: A New Era' is a satisfying sequel

Continuing with its cinematic turn after a surprisingly well-loved first film, the Crawley family's high-nosed society and their curious, bustling wait staff return in "Downton Abbey: A New Era." Don't let the name fool you: it is a lot of the same old Downton Abbey that legions of fans know and love. But unlike its predecessor, which, for lack of more productive words, was drowning in its own pomp and circumstance to yawn-inducing effect (it centered around preparing the silverware and setting the menu for the King and Queen's visit for Bates's sake!) - this sophomoric entry on the silver screen found that there is indeed life outside the walls of Downton.

Writer Julian Fellowes, who not only created "Downton Abbey" the television show but penned all 52 of its episodes, naturally is back at the helm here, which explains why "A New Era" has the same pacing and scene length as its episodic brethren, a quick-moving deluge of character revelations and set-ups for the greater climax. If you think the comparison to its tv show is an exaggeration, Kevin Doyle, aka Mr. Molesley, even introduces the film out of character with a recap of the previous film. Much happens in "Downton Abbey," as fans well know, and there is no shame here in creating a film that is purely for those who relish in the sizzling, buttoned-up soap opera-ness that has defined this property since it premiered in 2010.

Thankfully, we leave the royals' visit in the last film. It's a new decade, and as the palatial estate still operates as it always has, its body is beginning to show its age. The roof is leaking more than a few pots and pans can cure, and Lady Mary (Michelle Dockery), as the heir and financial overseer to Downton, must make a difficult, bordering on scandalous decision: cash in a nice check from Hollywood director Jack Barber (Hugh Dancy) so Downton can become the next backdrop for his latest silent film featuring big-time motion picture movie stars Myrna Dalgleish (Laura Haddock) and Guy Dexter (Dominic West).

In a twist taken straight from "Singin' in the Rain," Myrna, a doll-like beauty whose exaggerated acting has brought her international celebrity status, speaks with a screeching, irksome accent, a horrifyingly pertinent problem as the world demands fewer silent films and more "talkies." While Mary handles the film crew and joins the picture in an unexpected (but totally predictable) way, Dowager Countess Violet Crawley (Maggie Smith) inherits a villa in the south of France following the death of a French nobleman who was once her acquaintance. Lord and Lady Grantham (Hugh Bonneville, Elizabeth McGovern) along with Lady Edith (Laura Carmichael), her husband Bertie (Harry Hadden-Paton), Tom Branson (Allen Leech), his new wife Lucy (Tuppence Middleton) and mother-in-law (Imelda Staunton) brave the warm weather and ocean air to meet the new Marquis de Montmirail (Jonathan Zaccaï) and his mother (Nathalie Baye) who hold a secret about Lady Violet's past that no one sees coming.

The Downton staff fall into step, ensuring the show goes on and keeping everyone happy and fed. The usual crew has returned: Daisy (Sophie McShera), Mrs. Patmore (Lesley Nicol), Mr. Bates and Anna Bates (Brendan Coyle, Joanne Froggatt), Thomas Barrow (Robert James-Collier), Mr. Carson (Jim Carter) and Mrs. Hughes (Phyllis Logan). Like every "Downton" installation, "A New Era" seamlessly intertwines all of these storylines with humor and high-class sarcasm. Though the new decade brings some risqué choices for the unbending bunch, never are they so removed from the rules and boundaries by which the Downton world lives that it feels inappropriate or, as Lady Violet might say, unbecoming. The new characters who flit through the story are era-appropriate, and their presence, though meant to offer further reflections for our main cast and conflict for the story, also brings surprising levity. Compared to the King and Queen of the previous film, these guest stars are light and breezy visitors we meet with relaxed, open arms.

There is a fine and fitting send-off for one character who shall remain anonymous here, but given her age and disposition, it was well past time to see her reside as a stately portrait, rather than a peanut gallery humorist any longer. Dancy, Haddock and West deliver a trio of engaging performances that bring a bit of 30s jazz and glam to the stodgy estate. But, as always, it is our tremendous ensemble so well adored these past 12 years that gives us reason for and pleasure in returning to Downton.

"Downton Abbey: A New Era" is in theaters now.