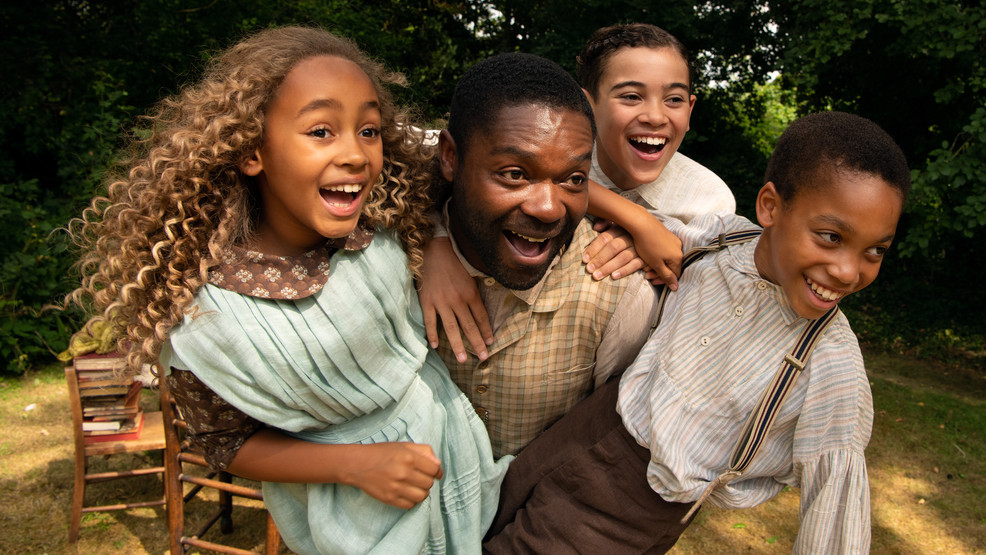 Review: 'Come Away' mixes Peter Pan, Alice in Wonderland and a lot of whimsy

Perhaps I missed something. "Come Away", a sweet, innocuous film that was seemingly written to include as many obvious allusions to children's literature as possible, is marketed as an origin story for two such iconic leads: Peter Pan and Alice of Wonderland fame. Though the film includes plenty of imagery and lore from both classic works ("Peter Pan" by J.M. Barrie and "Alice's Adventures in Wonderland" by Lewis Carroll, respectively), the most conspicuous of them being that the characters are actually named Peter and Alice, there are also too many inconsistencies and parts lost to whimsy that hold the film back from being a true and evident origin story.

Maybe it takes another viewing to fully grasp what writer Marissa Goodhill and director Brenda Chapman had in mind. But it is safe to say that, at first watch, "Come Away" operates in and out of the physical and mystical worlds, oscillating between the two like one might swim in a pool: dipping in tentatively, taking a break, then, by the end, diving headfirst into the deep. This is certainly not the first film to tackle subjects of loss, grief and learning how to deal with the two from an adolescent's perspective. "Pan's Labyrinth" is a prime example, and a personal favorite, of fairy tales reflecting reality and allowing a child the space to understand difficult, often very adult subjects within the context of their fantasy.

In this sense, "Come Away" doesn't quite achieve what it hopes to. Set sometime in late 19th or early 20th century and centered around the Littleton family, the film stars David Oyelowo and Angelina Jolie as Jack and Rose, a married couple living on a lush, green property outside of London. They struggle to maintain their lifestyle of cooks and nannies on his salary as a miniature model ship builder, but what they lack in fortune, they make up for in love. Their children are a rambunctious bunch. David (Reece Yates) is the studious one, accepted to a prestigious school; Peter (Jordan A. Nash) is the adventurous one, always playing in the woods with his imagination and, if he can convince him, his brother; Alice (Keira Chansa) is somewhere in between, eager to join in her brothers' adventures, but also wanting to explore her own make-believe world.

It begins here, during their play hours that we see their imagination take hold. David and Peter prefer to play pirates. They have found an old boat that has washed ashore near their house. Wooden sticks magically become swords made of glittering steel, the sun glinting off them as they throw them around at each other. Alice enjoys the company of her stuffed rabbit and copious amounts of tea parties, much to the delight of her prim and proper aunt (Anna Chancellor), who is scheming to whisk her off to a finishing school and oversee her upbringing as a true lady.

But, similar to her brothers, Alice is a little wild and caught up in her fantastic adventures, like the Tinker's bell her mother has made for her that is said to be a direct line to fairies. It's hard to say what is real and what is the children's imagination, and as the film jumps between the two, we begin to assume a majority of it is just their minds going to these wonderful places and meeting these outlandish people.

When tragedy strikes, the lined is blurred further. Money is tight. Jack isn't making what he needs to provide and to pay off the debts he owes a mysterious CJ, who, we learn, is actually his estranged brother, a mafioso-type who is also caring for their "mad hatter" father. When Jack is maimed in order to settle a score, Peter and Alice venture into London to take the matter into their own hands. They encounter a gang of street boys - "lost boys", if you will - who help them find this CJ character.

CJ, of course, stands for Captain James (Hook, implied), the rapscallion who tricks the children and sends them home with a bag of fake coins. This is the turning point that sends them on their given paths. Peter is resolute: he is going to avenge his father's name and take on CJ by himself. Well, with the help of said lost boys. There's a fight sequence that has one foot in reality and one in this new imaginary realm, transforming CJ's newly butchered hand into a hook, for example.

Following his battle with Hook, Peter never returns home, purportedly spending his days in Neverland fighting injustice and other monsters. He lets his family know he is safe by sneaking into the house to leave them the treasures he accumulates during his escapades and thereby alleviating their financial burden. Alice heads down the rabbit hole... we think. Again, this is a very ambiguous ending. We witnessed Jack and Rose's grief at losing one son, but we seen no such sadness at Peter's disappearance, another problem the film fights throughout: it never fully establishes Jack and Rose as people with a history or as anything other than the threesome's parents.

It is also hard to say if the film is attempting to rewrite the history of these two separate legends or create an entirely new one of its own. It is this ambiguity that makes watching "Come Away" feel like you've entered a dream land where things are purposefully topsy turvy and not everything ties up in a bow. If you don't try to wrap your head around its intentions or the deeper message it may or may not be making, then "Come Away" is an enjoyable, however forgettable, drama about the fragility of childhood, but thinking about it for too long may make you lose track of reality.

"Come Away" is in select theaters and available for premium video on demand (PVOD).