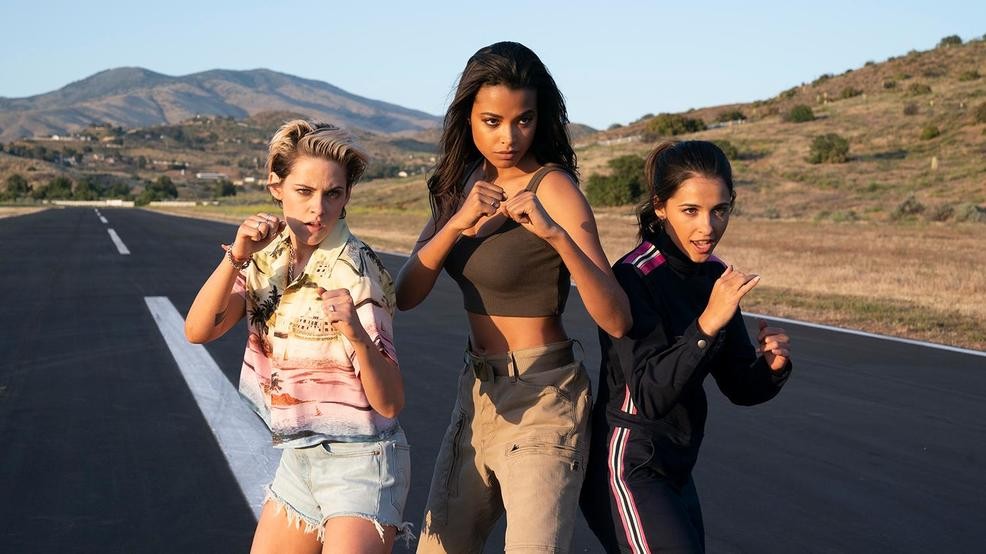 Review: The most fun in 'Charlie's Angels' is, shockingly, Kristen Stewart

Here we go again. Because it seems like Hollywood can't let it rest in peace, "Charlie's Angels" and its plastic feminism are back in theaters, this time with a twist that really isn't all that twisty and a script that leaves a lot to be desired. You've heard of the trio of female spies. The show from the 70s that made Farrah Fawcett a household name. It wasn't particularly pro-women (they wore too many bikinis and evening gowns to ever be taken seriously as actual operatives), but it at least featured three equal leads who weren't male. Now that it's 2019, it is only natural that such an iconic show would be updated for modern audiences; just perhaps they could have made it as smart and interesting as it was focused on its progressive agenda.

The Angels have grown from a small team to an international spy agency tasked with recouping weapons of warfare or sometimes just taking out really smarmy bad guys while wearing a costume, heels or a combination of the two. Sabina (Kristen Stewart) is a talkative, spunky, high energy former troubled youth whose infectious personality dictates she is the face of the operations, earning the trust of their marks. Fellow Angel Jane (Ella Balinska) is the behind-the-scenes assassin who swoops in to disable the roomful of security guards.

Elena (Naomi Scott), a scientist working for mega-millionaire Alexander Brock (Sam Caflin), has discovered a potentially fatal flaw in the product she's developed: the energy cube that can illuminate an entire sky rise without access to the electrical grid can, in the wrong hands, be reprogrammed to silently kill anyone within proximity. The company won't listen to her concerns, and when Elena is targeted by an assassin, Charlie's Angels save her life, though not without losing one of their own, Bosley (Djimon Hounsou).

[Review & (Unpopular Opinion): 'The Irishman' is too long, too contrived, too much Scorsese]

Under their new Bosley (Elizabeth Banks), which is the name given to every handler, the Angels must solve the mystery of the stolen energy cubes and stop them from getting into the wrong hands. The three women karate kick, punch and incapacitate those in their way to stopping evil from lighting up. Proving her worth to the others, Elena may just have what it takes to join the squad of hot female ninja spies and join the sisterhood of traveling badasses.

The first film written by Banks who also directs and starring the most diverse, female-empowered cast ever, "Charlie's Angels" has never felt more vanilla. There is chemistry between our leads, but there is no real commitment to character or story that would otherwise drive the film forward. Surprisingly, we have the most fun with Stewart who, though known for her morose angst and hand-through-hair ambivalence, is refreshing and provides most of the film's comic relief.

Otherwise, the film doesn't have the same campy sass and projecture that its remake predecessor from 2000 graced upon its audience. Nearly 20 years later and, despite updating the property to give it an international feel (we're whisked to Germany via Brazil) and its first female Bosley, the plot is still ridiculous and provides little more than temporary entertainment without the intellectual stimulation. If you're interested in a brainless action-comedy, then "Charlie's Angels" delivers that, but nothing more. And unfortunately, an attempt to do a really cool remake for new audiences may have to wait another two decades.