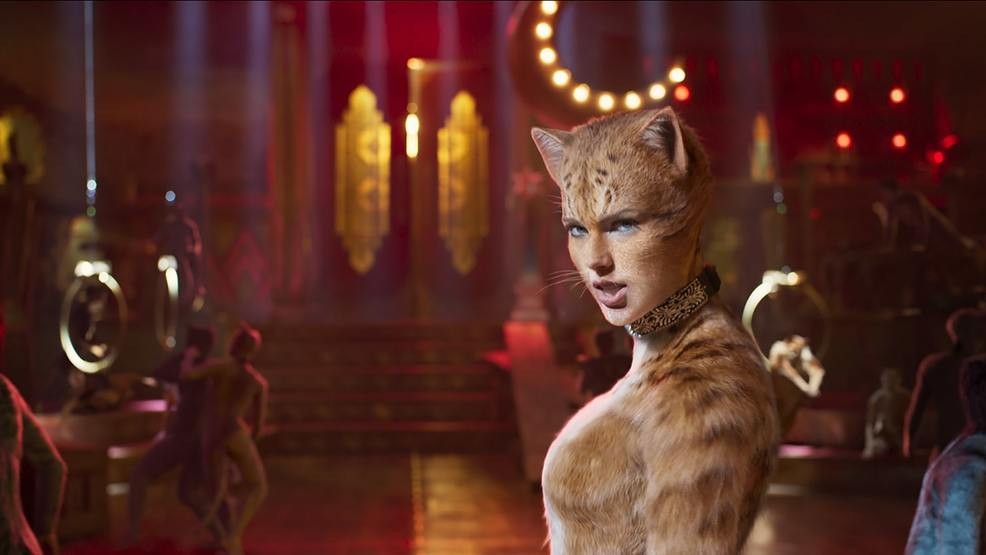 Review: 'Cats' might be the most confusing 110 minutes I've ever spent in a movie theater

In what is possibly the most confusing 110 minutes I've ever spent in a movie theater, "Cats", the 1981 musical by Andrew Lloyd Webber, hits the silver screen with all the glitzy movie star power and CGI fur work the industry has to offer (two factors that don't save this narrative-less adaptation from the inevitable mockery it deserves).

The show, which won a Lawrence Olivier Award and a Tony when it premiered, was a cultural sensation. It was met with mixed critical reception, but theatergoers across multiple generations made it one of the most popular and longest-running musicals of all time. It is that fan base that will have the power to dictate the film's failure or success, because it is they who will surely be flocking to the theater to support what, to one unfamiliar with the source material, seems to be, at best, adults flitting around on screen, singing gibberish words set against a world that is never full developed, starring feline characters without established personalities or endgames.

As an enjoyer of the fine arts and a general taste for theater, I had some expectations that were obviously too high for this quirky, off-beat production. "Cats" is a sung-through musical, meaning there are very few spoken lines, and everything is relayed in song. The production has very little concern for deep character and plot development. Instead, it uses the lead Victoria (Francesca Hayward), a newbie to the crew, and our narrator Munkustrap (Robbie Fairchild) to guide us through homes and back alleys of London where the tribe of Jellicle cats reside. They are preparing for the Jellicle Ball, a competition overseen by their wise leader Old Deuteronomy (Judi Dench) who will choose one winner to be reborn into a new life on the Heaviside Layer.

In immediate succession, cat after cat audition with solo numbers: Jennyanydots (Rebel Wilson) is an overfed, "gumbie" house cat who lounges all day and trains mice and cockroaches at night; Rum Tum Tugger (Jason Derulo) is a sexy, soulful cat with slick moves and a way with the ladies; Bustopher Jones (James Corden) is a plump elitist cat with access to prestigious gentlemen's clubs and an insatiable appetite; Mungojerrie (Danny Collins) and Rumpleteazer (Naoimh Morgan) are two mischievous felines notorious among homeowners for sneaking in, tearing up the place and stealing jewels; Grizabella (Jennifer Hudson) is a shabby cat exiled by the others and left to wander the streets in despair; Gus the Theatre Cat (Ian McKellen) puts on a sweet little number about his prime days as an actor; Shimbleshanks (Steven McRae) is the Railway Cat who tap dances about his very important job ensuring the train runs smoothly; and finally there is Macavity (Idris Elba), the villainous cat who magically kidnaps all Jellicle Ball competitors in order to attain the award himself.

When Old Deuteronomy still refuses to bestow the award upon the mangy outlaw, Macavity takes her too. It is up to "the original conjuring cat" Mr. Mistoffelees (Laurrie Davidson) to harness his powers and bring their fearless elder back. As it turns out, Macavity had underestimated the one cat everyone had also overlooked, and Victoria bridges that gap between the outcasted Grizabella and her former tribe.

The film features professional stage performers and dedicated dancers by trade, like Fairchild who comes from a dance and Broadway background and Hayward who is a principal ballerina at The Royal Ballet. Her talent is undeniable, even through the filter of a lens. The big stars that bless their names at the top of the posters add only familiarity and easy-to-market one sheets. Taylor Swift, for example, wrote and performed the only original song in the film, a short number that doesn't particularly stand out from the others with a dance sequence that feels gratuitous. It is the talent of the lesser-known performers with the credentials to back them up that steals the show.

Which is why this medium is perhaps not the best for a production like "Cats". The famed choreography by Gillian Lynne is often lost on the screen and fades into the background as the camera flits through computer-generated sets and focuses on the twitching of the cats' ears rather than their pointed toes. The tap number performed by McRae, also a professional dancer, stands out amongst the noise, as does the small amount Hayward is permitted to show in a wide, uninterrupted shot. Director Tom Hooper gives Hudson the same moment he gave Anne Hathaway that won her an Oscar in "Les Miserables". She pelts out the musical's most well-known song "Memory" with real heart, though it doesn't have the same effect that Hathaway's performance had, due namely to the aforementioned lack of character development, a fault of the musical, not Hudson.

Everything I just said aside, I can't say some won't like this strange, trippy film, but it doesn't seem to offer much to those who don't have the prior knowledge of what the stage production entailed. I, for one, felt lost, grappling down a sketchy back alley for rhyme, reason and, once the credits rolled, the nearest exit.