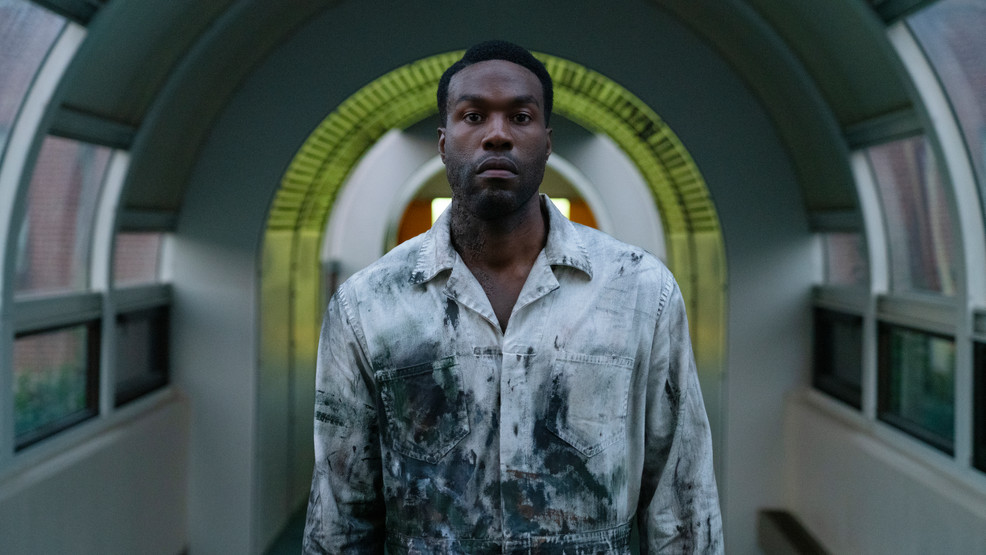 "An entire community starts attributing the daily horrors of their lives to a mythical figure," says Virginia Madsen's character, Helen Lyle, in "Candyman."

The allegory isn't tucked away in subliminal messages — it's at the forefront of the horror film written and directed by Bernard Rose and released in 1992. Lyle is a researcher focusing on urban myths. As she dives deeper into the horrific legend of the eponymous Candyman, the more it seems he is less a figment of collective imaginations and more a physically imposing, irreverently-sexual killer with a particular interest in the young, attractive, white lead who has summoned him.

Problems abound with this film, especially given the horror film tropes that don't always favor minorities — most notably that the characters of color always die in these films — but this is '92 after all. To view a film nearly 30 years old under a modern lens rarely works out well for anyone. The Candyman (played with epic showmanship and flavorful style by Tony Todd) kills plenty of seemingly dispensable Black, low-income characters in his quest to woo-and-terrorize his ultimate prize: a white women who, for her part, fulfills the stereotypical "white savior" role.

This was a rare horror film that featured an African-American as the slasher and has since resonated intimately with the Black community, even if it showcases another white woman as the lead. It's almost as if Rose had the foresight three decades ago to create the perfect property into which Jordan Peele should sink his teeth. Peele, the preeminent voice of Horror Noire, co-writes and produces "Candyman," a self-described "spiritual sequel" that makes several improvements to the original, but loses the sweet balance its predecessor struck between mystery, scare appeal and a villain seeped in bewitching allure.

It's the titular character that is now unrecognizable in this iteration. Todd's enigmatic murderer with an iconic fur coat and a deep, chilling, poetic voice is replaced with a completely new vision: a soulless, undiscerning creature that kills the caller promptly and unceremoniously. He has lost all semblance of humanity.

The original Candyman remains Daniel Robitaille, an artist from the 1890s whose greatest crime was being Black and having an affair with a white aristocratic woman. But over the years, the rage stemming from centuries of a thunderingly unequal system in this country has caused other Black men to succumb to the Candyman's will, molting them into the vindictive, deadly figure to carry on his vendetta.

Directed by Nia DaCosta, "Candyman" ditches the oddly sensual love story of the original — the film implies that Lyle is the reincarnation of Robitaille's Victorian-era lover, and their relationship is shot like vampire and concubine with lighting that accentuates the eyes as they stare, entranced, at one another — for one rooted in the trenches of modern life: struggling artist Anthony McCoy (Yahya Abdul-Mateen II) faces the pressure to paint something fresh for his upcoming exhibition. His art dealer girlfriend Brianna (Teyonah Parris) smooths out his tortured soul rough edges for those around them, like her concerned brother (Nathan Stewart-Jarrett) and her wary business partner (Brian King).

After a chance encounter with a local (Colman Domingo), Tony learns of the Candyman lore and the demon's ominous connection to Cabrini-Green, a former public housing project in Chicago's North Side that was torn down and rebuilt into the luxury apartment complex Tony and Brianna have just moved into (gentrification is an omnipresent motif, though DaCosta is also quick to quip about the upper-class Black couple's own possible role in its perpetuation). Tony has found his muse and focuses his next installation around the saccharinely-named, mythical malefactor and the idiosyncrasies of his distinct urban legend.

This is where the film will lose horror fans, those who enjoy finding the subverted message without sacrificing it for the gore, grime and adrenaline-pumping sequences. The Candyman appears instantly when his name is said five times while looking in a mirror. He is invisible except via reflection. The camera plays an impressive cat-and-mouse game throughout the film, a difficult technique DaCosta commands with ease. Though logistically he is fearsome, the Candyman, who in previous iterations was demented but still charismatic, is now reduced to a trench coat, a hook and a shadow flitting in the background. He is a shell, empty except for his animalistic need to kill.