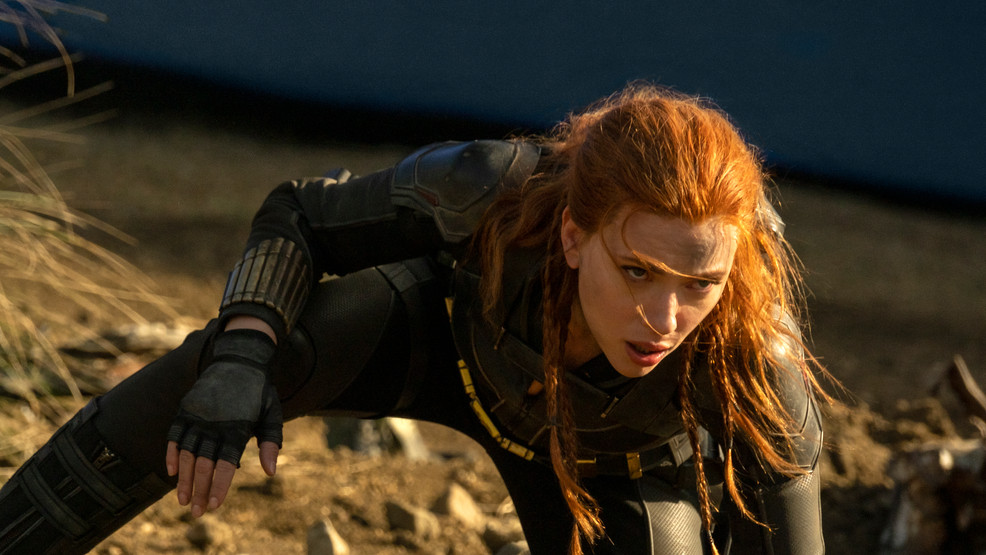 Over a year after it was originally set to release, "Black Widow", the first and only standalone film for Scarlett Johansson's Natasha Romanoff, is finally reaching its loyal fandom. The Marvel Avenger known for her skill, sass and skintight outfits - we live for the many times Johansson has shut down reporters' sexist questions as the only leading female in a cast full of men - Romanoff was due her own feature years ago, though now is perhaps the most appropriate time for the complicated figure to shine: in a post-Me Too era where female action stars are not confined, nor defined, by the skin they show and the men they kiss.

There are still plenty of knives, guns, high-kicks and jumping-off-tall-buildings, but what "Black Widow" aims to do and, ultimately succeeds at doing, is showing fans the soft, sweet, misunderstood side to the hardened former-Soviet spy. This will work for some viewers while others will find it lacking that pure adrenaline superhero pixie dust. Either way, it's a film that feels true to Romanoff, peeling off a few layers of her backstory with humor, grace, surprising vulnerability and sharp-as-nails female leads.

The film opens with a snippet of Romanoff's childhood, a sweet, wholesome few years she spent alongside mother figure Melina (Rachel Weisz), father figure Alexei (David Harbour) and sister Yelena. Unlike many of her contemporaries who received more traditional origin films ("Captain America: The First Avenger", "Iron Man", "Thor"), Romanoff's is primarily set in a very specific spot within the Avengers timeline: after she is on the lam for siding with Steve Rogers in "Avengers: Age of Ultron", but before her sacrifice in "Avengers: Endgame".

After losing touch with her Russian "family" many years ago, she reconnects with a grown Yelena (Florence Pugh) who seeks her help. The Red Room, a top secret training program that castrates young women and turns them into stealth assassins known as Black Widows, is still in operation, despite Romanoff's belief that she had cut the head off the organization by assassinating the sinister man who oversaw it.

Distraught by this news and now an Avenger with the means to make a true difference, Romanoff seeks to reunite, not just the "old team", but her OG team. They must find the new, elusive whereabouts of the Red Room, bypass the seemingly indestructible Taskmaster (a bionic henchmen who reports to the top of the Red Room), and confront the childhood they had hoped to leave behind forever.

"Black Widow" doesn't try to do many things, which may be another reason viewers may find the film lacking. If there is one thing that can be said about films in the Marvel Cinematic Universe (MCU) it is that they travel the galaxy and back, figuratively but also literally. The plots are complicated and intricate; they can fill nearly three hours per film to the brim with relationships, action, suspense and zippy plot development.

Though Johansson has quite the task set out for her in this film - she rides helicopters, fist fights and jumps off buildings like it's as simple as blurting out lines in a Garry Marshall rom com - the film's primary focus is Romanoff and the closure she seeks so fervently. Luckily, Pugh as wise-cracking Yelena who delivers the film's funniest lines with deadpan sincerity elevates Johansson and the film as a whole. Together, the duo brighten the script's straightforward dialogue and maintain our rapt engagement.

Is it a bad film? No. Is it revolutionizing the superhero genre? Also no. There is enough for fans of MCU - especially those interested in Romanoff and her evolution over the past decade - to find quality entertainment with heart. For most others looking to turn on an action flick, boot off their mind and feel the greasy adrenaline run directly from the screen to their chest, then better look at "F9".

"Black Widow" is available simultaneously in theaters and on Disney+ with Premier Access.