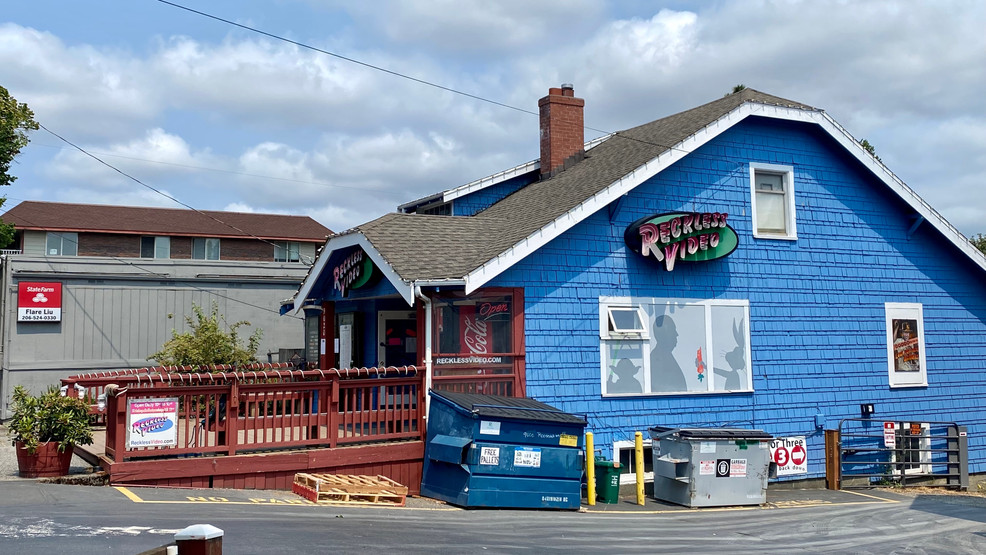 The film gods have reclaimed another angel. Seattle's last family-owned independent video store will be passing through the pearly, cinematic gates at then end of the month. Reckless Video in Maple Leaf opened its doors Thanksgiving 1991, and, four months shy of its 30th anniversary, it will be shutting them for good. In an era with only one Blockbuster left in the world, they've had an admirable run and will leave a deep impact on the area.

"We're an example of what a small business can mean to a neighborhood," said Mike Kelley who founded Reckless Video 30 years ago and has run it ever since. "Kids grew up with Reckless. We were part of people’s adolescence and got them through high school. These were periods of time where movies were a saving grace, and we were a supplier of that."

Reckless Video stopped accepting rentals last month and are holding a liquidation sale now through July 31st, their last day of operation. Stop by to peruse their many titles, and you are sure to find some big deals. "Kid Vids" are just $1 each, for example, while catalogue titles are $3. New releases and Blu-rays are $10, and boxed sets and multi-disc series are available as well.

Kelley describes the decision to close as a culmination of things: the rise in monster streaming sites, changes in how Hollywood releases its titles, and "an entire generation that can't play a DVD if they wanted to". Of course, we'd also prefer not to mention the recent global pandemic which forced the video store to close completely for four months last year. Though it's not all about the money, it stopped making financial sense to stay open when Kelley started dipping into his personal accounts to aid in the store's monthly expenses.

"We could see the storm coming," Kelley said. "We weren’t sure if that was a destiny or a circumstance. Those can be different things. The destiny was that [streaming] was where people started to spend their entertainment dollars... It’s a different value system of how we live. We don’t go home to the VCR. We’re not planning our Friday night around the movie rental."

With this agonizing departure, Scarecrow Video is the last video store left standing here in Seattle. Though Kelley has said that he's "cleansed" and is ready to let go of Reckless' entire catalogue - one by one over the course of this month to film fans who have been flocking the small, unassuming store adjacent to the Ace Hardware Kelley also owns - there is nothing quite like wall-to-wall racks of quality entertainment.

Goodbye, Reckless Video. Seattle is worse off with you gone.