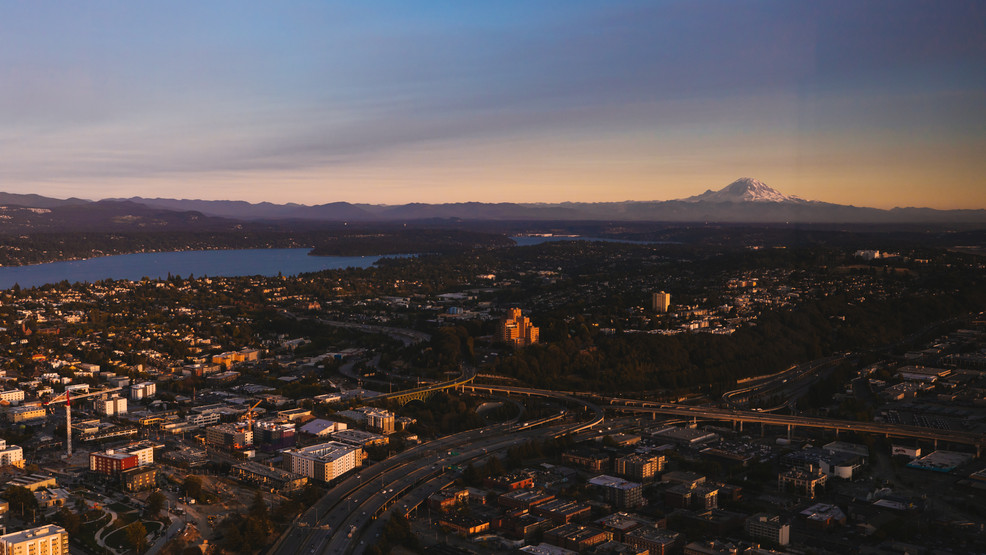 Summer days in Seattle are gorgeous. The kind that make you forget about the frigid cloudiness of other seasons, with locals heading to Gasworks Park, Lake Washington, Pike Place Market, and hiking trails to explore and soak up the splendor of this beautiful region.

But throughout your excursions, have you ever visited the Duwamish Longhouse and Cultural Center in West Seattle? There is no better place to learn about the first people of modern day King County: the Duwamish.

A brief history lesson: European settlers didn’t "discover" America, as you were likely taught in school - Native people lived in what we now call North America long, long before settlers sailed across the Atlantic. For context, stories passed down from generations of Duwamish speak as far back as the last Ice Age.

In 1855, the Duwamish, who share a legacy with the Suquamish Tribe, were the first of many tribes to sign the Treaty of Point Elliott with the United States government. The treaty guaranteed hunting and fishing rights and reserved land to all tribes represented by the signers.

But the U.S. government has not honored the treaty, and now, over 150 years later, the Duwamish Tribe is still not acknowledged by the federal government. This means they don’t have access to funding, services, and other rights that federally-recognized tribes receive.

And yet, there are signs of Native history all around the region: cities and landmarks named in Native languages, land acknowledgements at public events, and recognition of Indigenous Peoples’ Day. At citywide events, you may see Duwamish tribal representatives providing remarks or blessings, as requested by governmental and community leaders.

Despite all that, the colonizing treatment of Native Americans is rife with injustice: forced displacement, reeducation boarding schools, and broken treaties. And it’s not all in the past - just recently, hundreds of unmarked graves have been uncovered at residential boarding schools where Native children were held and indoctrinated after being taken from their families.

If you’re realizing how much you don’t know about the history of the United States, and how that history deeply shapes the present, you may be wondering how you can possibly make any kind of meaningful impact in response to the decades of injustice faced by the original inhabitants of this land.

The first step consists of education.

“Have appreciation for how history is part of where you’re at,” said Patrick Tefft, Board Member of the Duwamish Tribal Services (DTS), who encourages residents to educate themselves. “[Learning] informs your sense of lack of justice, and helps us understand why we need to right some of these wrongs that were created earlier in history.”

DTS has been deep in this work for decades as the nonprofit arm of the Duwamish Tribe, providing educational programming, social services, and cultural revitalization projects. Their purpose is to “promote the social, cultural, and economic survival of the Duwamish Tribe.”

The second and third steps are appreciation and action - now made simpler thanks to an initiative the tribe and volunteer partners launched in October 2017 called Real Rent Duwamish, as well as advocacy efforts for the tribe to receive federal acknowledgement.

The Real Rent campaign was inspired by tribal Chairwoman Cecile Hansen’s frequent musings about how far recurring, individual donations from Seattleites would go towards the work of DTS. It’s a program that provides an avenue for community members to donate directly to DTS (either one-time or on a recurring basis) as a means to stand with the original inhabitants of this region through financial support.

Real Rent Duwamish creates a “sustainable and predictable source of funding” for the tribe, according to Tefft. 100% (minus processing fees) of donations go straight to DTS, and since its inception have contributed to the maintenance and improvement of the Longhouse, direct assistance to tribal members during COVID, and increased staffing and salaries.

“Contributing a little bit materially is a much bigger statement than just acknowledging the land,” said Andrew Grueter, Ecotourism Director for DTS.

Paying Real Rent is a good place to start, but members of the community ask supporters to go further.

"The passive support [financial donations] has been very helpful to fund COVID relief to the tribal members, or to run the longhouse [...] but I wish that all the people who recognize us or even pay Real Rent would also take time to harass the people in charge, like the lawmakers,” said a Duwamish tribal member who wished to remain anonymous. “If thousands of people sent the same letters over and over demanding the Duwamish Tribe be acknowledged, then maybe it would be done sooner and our elders could rest instead of continuing the same fight they have been pushing for decades."

With increased staff capacity as a result of Real Rent donations, DTS has been able to devote more time to local relationships and partnerships, bringing knowledge and experience, and increasing awareness about the tribe. Real Rent donations have also helped fund the new EcoTourism Director position, whose tours highlights the Duwamish River - and how history, ecology, politics and culture intersect and have deeply impacted the river itself. “When the Duwamish were entirely in charge of managing the land, you could drink out of any of the rivers,” said Grueter. “Now, the river is filled with toxic chemicals and pollution.”

Standing with the Duwamish Tribe through financial donations is akin to paying stewards of the land who have taken care of it for generations.

Education. Appreciation. Action. If you want to learn more and get further involved with DTS, Tefft and Grueter have shared the most impactful ways to do so: