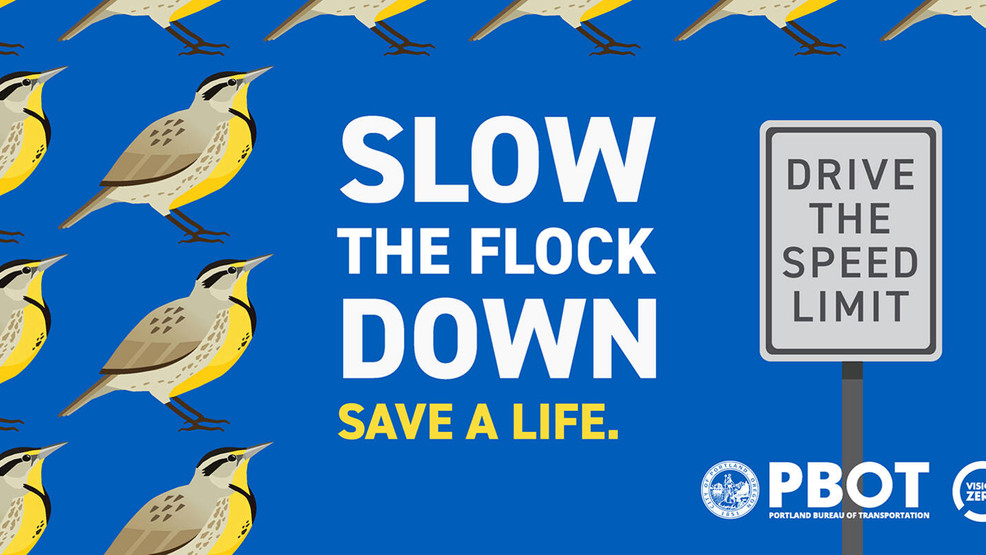 Portland, Seattle want drivers to 'Slow the flock down'

The Pacific Northwest’s largest cities are trying to wing it with a new ad campaign aimed at getting drivers to “slow the flock down!”

PBOT says the “colorful, tongue-in-cheek message” will encourage drivers to stop flying on the freeways and side streets and follow the speed limit.

The campaign also highlights the risk of a deadly pedestrian crash increases with speed.

They also said the campaign’s intent to get drivers to decrease their speed will help both cities move toward their Vision Zero goals.

The bureau will have yard signs available with the messaging on a first-come, first-served basis at the following locations: