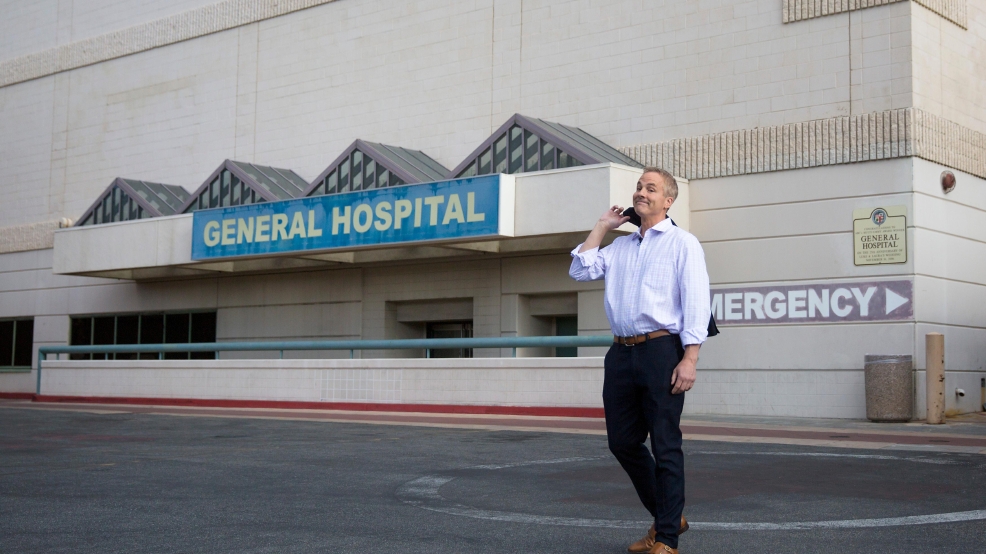 On a recent trip to Los Angeles, we got invited onto the set of the longest-running soap opera in American television history, General Hospital. This week we investigate what makes this 13 Emmy award-winning soap opera so special. Also - Seattle Refined host Gaard Swanson was even written into one of the episodes in a guest appearance. Stay tuned this week for more! (Sy Bean / Seattle Refined)
SEE MORE

Holy drama! We were invited onto the General Hospital set

We don't like fights and drama at Seattle Refined...unless it's coming from our friends at General Hospital, that is! Every week millions of loyal viewers tune in to enjoy the life and death daytime drama in Port Charles.

We love it. So all week long we are bringing you VIP access to the iconic soap thats riveted audiences for more than 50 years. That's right - we headed to the ABC lot in Los Angeles to go behind the scenes - and the trip had more twists and turns than, well, a soap opera!

In case you didn't know, General Hospital is the longest running soap that's still in production.

The drama started back in 1963 and shows no signs of slowing down. And it's not just us who thinks so - GH recently cleaned up at the Daytime Emmy Awards! "Luke and Laura's 1981 Wedding" also remains the most watched episode in soap history at 30 million viewers. Luke and Laura still pop up on the show, along with longtime character Bobbie Spencer, aka Jacklyn Zeman.

"I'm celebrating 40 years on the show!" said Zeman. "That's a long time do anything as a grown up. I've adored every moment of it and it's truly wonderful."

Executive Producer Frank Valentini is the main man on set and he loves his job.

"We have terrific writers, they are bright and come up with really fun stuff," he said. "And then we see what the actors are doing with the material given to them and then we play off of that. We see a connection and that can fuel the writers to just keep going. I mean its tough but so far, we've been managing to do it."

The crazy storylines have kept General Hospital ad the top of the soap pile for decades. It's won the most Emmys for Outstanding Daytime Drama, and actress Laura Wright was also nominated this year for her gut-wrenching performance of a mom losing her son in a fatal car crash.

"Someone asked me, 'What if you weren't nominated?' Cause it was a rough year of a storyline," said Wright. "I thought no matter if I'm nominated or if I win, I wouldn't change the experience and how incredible it was to tell that story."

Refined's General Hospital only gets better. All week we are diving deep into G.H., going behind the scenes on set, talking with the cast and Refined's Gaard Swanson even gets ready for his soap debut!