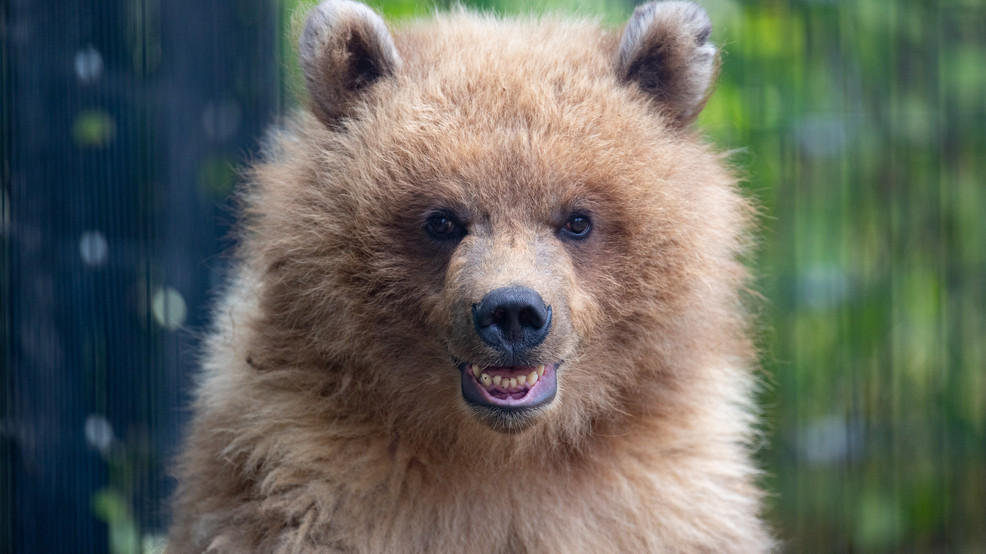 SEATTLE - The Woodland Park Zoo welcomed a new brown bear cub to the zoo this week.

According to the zoo, the 89-pound female cub was found wandering alone on an air force base near Anchorage, Alaska. She arrived at the zoo on Wednesday.

The Alaska Department of Fish and Game says they had received several reports of the lone cub. Biologists with the department tried to find her mother but they weren't able to locate her and the cub is too young to survive on her own. Biologists believe she was born in January of this year.

Officials say the mother could have been hit by a vehicle, killed by another brown bear, or illegally poached. However, they believe she only had one cub.

Using a culvert trap on a trailer bed and Vienna sausages, the biologists were able to capture the cub, who has yet to be named.

“It’s unfortunate when a wild cub loses its mother and becomes an orphan, especially because the cub learns so much about how to be a bear directly from its mother. We are grateful that we are in a position to take in another brown bear at this time and have the expertise and facility to do so,” said Kevin Murphy, interim senior director of Animal Management at Woodland Park Zoo.

Grizzlies are native to the North Cascades. The cub's new home at the zoo will feature enrichment from her natural habitat including a flowing stream, a swimming pool with live fish, plenty of rocks for sunbathing, and tree stumps for scratching. She will also have a cave for winter naps.

The Woodland Park Zoo says the last time it received brown bears was in 1994 when brothers Keema and Denali arrived as 10-month-old cubs from Washington State University Bear Center.

Denali passed away in December 2020 just shy of his 27th birthday due to old age, leaving Keema as the zoo's only grizzly bear. The median life expectancy for male grizzly bears is 21 years in human care and often they often don't live as long in the wild.