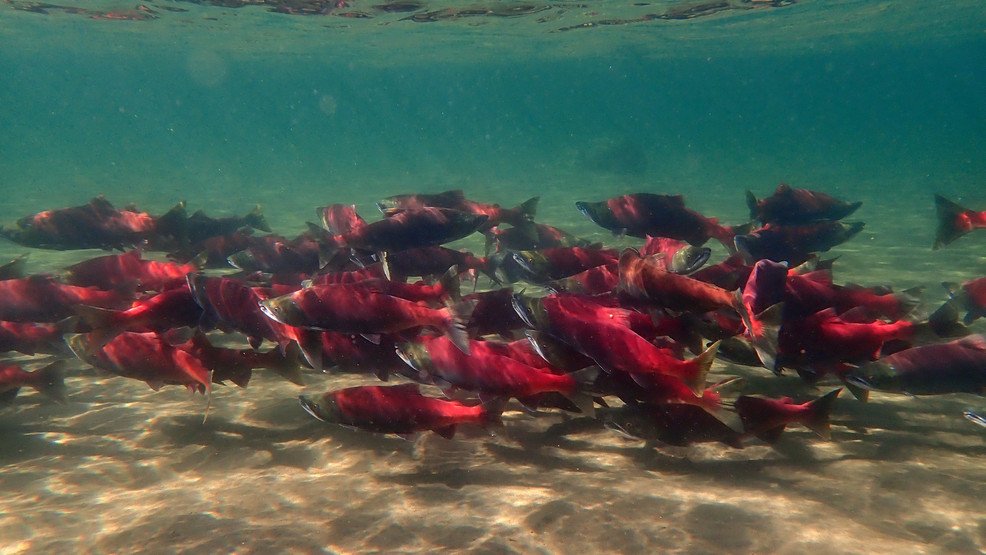 When he was a kid, Organic Valley co-op farmer John VanWieringen used to hear stories from his dad about there being so many salmon in King County's Boise Creek, he could allegedly walk across without getting his feet wet. Yet over the years, that number has drastically dwindled.

Now the body of water is once again the most prolific salmon stream in the region, thanks to the efforts of VanWieringen and his riparian restoration project on this third-generation farm. Boise Creek, a White River tributary, is the only King County stream with a spawning population of spring Chinook salmon.

VanWieringen's efforts were recently acknowledged by King County with the presentation of the Green Globes "Leader in Salmon Recovery" award for his environmental stewardship.

In 1936, VanWieringen's grandfather immigrated from the Netherlands to Oak Harbor. After looking at three different farms, his grandparents landed in Enumclaw — choosing this specific property because of its stream. The property sits on city limits, just a half-mile from downtown. In 1950 his parents bought the land from his grandparents; by 1967, his dad had had enough.

For many years, VanWieringen had nothing to do with the farm. His family had moved off the property when he was eight years old and his parents leased the farm. Yet when he returned from college not yet knowing what he wanted to do, he got a job on a dairy farm. In 1983, the people leasing his family's property were ready to move on, so he took over.

VanWieringen began milking in April 1984, which he then did continuously for 22 years. In 2006, he sold the cows and decided to become certified organic knowing that, if he ever came back to it, it would be through organic farming.

"I had an inkling organic would be the future," he says, "for some, not everyone ... but I knew it was for me."

The timing also felt right; since he wasn’t working the cows back then, he was in no hurry and could wait the three or four years it took to get fully certified. This felt like the perfect opportunity for VanWieringen to “treat the land right” — meaning there would no longer be chemical pesticides, spraying or any other shortcuts.

"If I know I'll leave a better footprint, I’m a happy man,” he says.

When the county approached VanWieringen about some projects on their land and very productive stream, he had a talk with his parents, which he admits “took a little convincing” due to their old-school thinking. He reassured them: “This will be good for the salmon habitat — and good for us as a family."

He made the point to his dad that he had been able to see the salmon; now VanWieringen wants to be able to show that to his own grandchildren one day. When he explained what going organic would entail, his dad simply said, “That’s the way I did it in the 1950s; we just didn’t know it was organic.”

VanWieringen provided land through donation and conservation easements for habitat restoration projects along the creek banks, involving more than 6,500 native trees, shrubs and plants. This helped preserve more than 3,200 feet of stream habitat in perpetuity, dramatically increasing high-quality habitat for the fish. It took the county three or four years to get their farm set up, yet he is thrilled that his father got to see the payoff, at age 96. “He wanted to see the project complete,” he says.

Chemicals from a huge mill in the 70s had killed most of the stream’s salmon. Even after the mill shut down, VanWieringen says, “It took a long time for fish to come back." Over the past decade, however, it’s been hopeful to see more salmon each year. “It’s pretty impressive,” he says, “and it’s only going to get better. It takes time.”

The vegetation regrowth is finally happening, too (even with setbacks like hungry elk). “There are challenges with everything,” he says, adding, “It’s been fun to watch it take hold. It’s in my blood. I’m a farmer; that’s what I do.”

VanWieringen finds it frustrating that people still litter. "If you go up in the hills and hike," he says, "Make sure if you pack something in, you pack it out. It’s all part of it."

"I wish people would become more conscious about how they treat the planet," he continues. "And it doesn’t have to involve grand gestures. If we all do our part consciously, we can leave this place better than we found it."