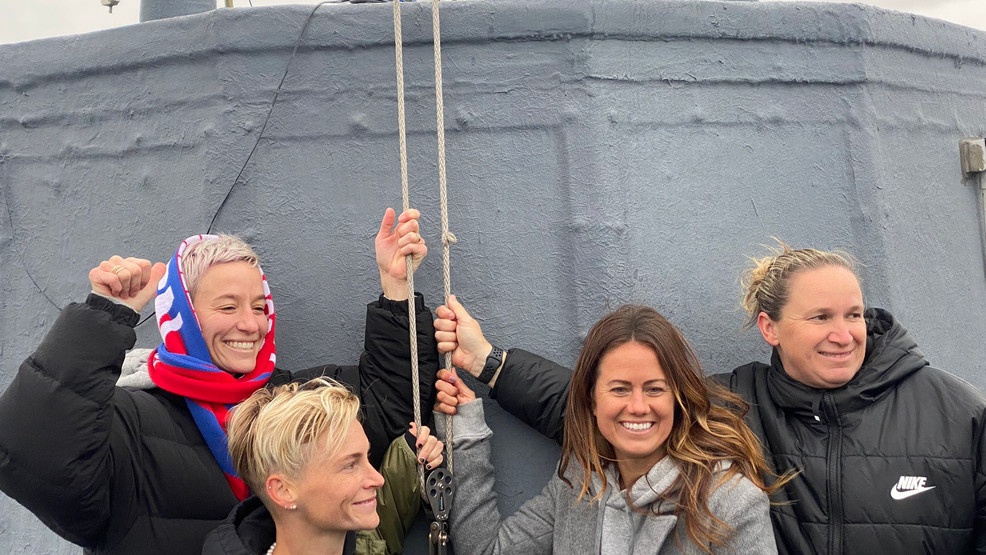 For the first time ever, the OL Reign's flag is raised atop the city's most iconic landmark, the Space Needle.

The raising comes ahead of the club's semifinal match against Kansas City on Sunday at Lumen Field.

“This has been a monumental year for our club in our first season playing at Lumen Field,” OL Reign CEO, Vincent Berthillot said. “We were thrilled to win the NWSL Shield in front of our loyal fans at home, and we can’t wait to host the semifinal this weekend in front of another record crowd.”

Fans are preparing throughout the city, including Flatstick Pub in Pioneer Square where a watch party is planned for game day on Sunday afternoon.

“Definitely watching the Sounders over the years and now we're watching OL Reign at Lumen Field and seeing the fans and getting excited about the team. It's fun to watch the city support them,” said Kristian Lewis, a manager at Flatstick Pub.

The excitement surging through the pub is more special now that Lumen Field became the OL Reign’s new home this season.

“Lumen has just really stepped the game up,” said Michelle Haines, the OL Reign’s vice president of marketing. “I think the fans feel that. The players certainly do and it's just an experience that's unlike any other."

The team has been dominating the league from its previous base in Tacoma and making multiple playoff appearances but the move to Lumen Field only adds to the energy.

Harvey is currently nominated for coach of the year, with her most recent win being last season. She also set the record as the all-time winningest head coach in the NWSL.

Ticket sales have also been on the rise for games. Throughout the 2022 NWSL regular season, the team said game attendance shattered records on three different occasions, and has already exceeded the current record with the number of tickets sold for the first-ever NWSL playoff game at Lumen Field.