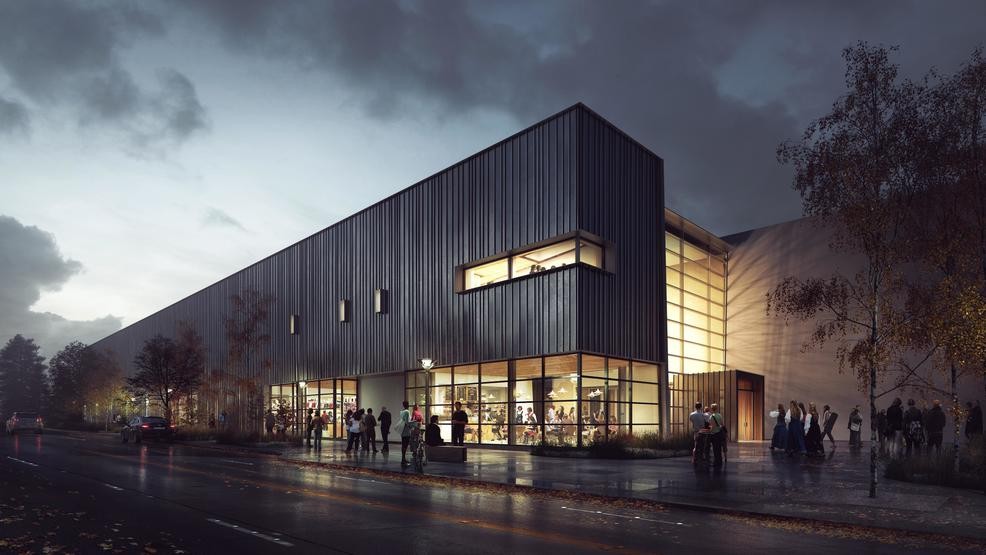 Ballard has been home to a strong Nordic heritage for years with a large population of immigrants from Nordic countries, most especially from Norway.

Many in this neighborhood celebrate their heritage on Syttende Mai, Norwegian Independence Day, with a parade and festival all happening May 17, 2018. So it is fitting that the Nordic Museum, dubbed one of the top new museums to visit in the world recently opened a new location featuring asymmetrical Nordic modern architecture and world-renowned exhibitions.

The Nordic Museum moved from their original home in a 1907 brick schoolhouse on Sunset Hill to a 57,000-square-foot modern building in the core of Ballard while dropping "Heritage" from their name. The old location had occupied the former Webster school building since 1980 where it hosted cultural events and featured exhibits focused on the Nordic region and immigrants.

The new location has been long in the making and was custom-built to showcase all the culture and landscape of the five Nordic countries—Denmark, Finland, Iceland, Norway and Sweden, plus their territories—and the people that came from them. The Nordic Museum is the largest museum in the United Stated dedicated to honoring the legacy of immigrants from Denmark, Finland, Iceland, Norway, and Sweden. The one-mile move took over a decade of planning and a multimillion-dollar capital campaign and globe-spanning creative collaborations to bring this project to life.

“Many years ago there was some discussion about locating this museum in downtown Seattle or South Lake Union,” said CEO Eric Nelson at the museum’s grand opening. “But the museum decided that Ballard was the appropriate place for the Nordic Museum. Our front doors open to shops and restaurants, our back door to the working waterfront. The museum stands at the intersection of history and hipsters.”

Located on Market Street, the new building was designed by Seattle’s Mithun architects in collaboration with renowned Finnish architect Juhani Pallasmaa. The opening hallways feature a soaring central fjord atrium with angular walls that narrow as visitors work their way through the museum. The Nordic Museum’s core exhibition traces 12,000 years of Nordic and Nordic-American history. The exhibition was designed by Ralph Appelbaum Associates, renowned for their work creating the new National Museum of African American History and Culture, the Newseum, and the US Holocaust Memorial Museum in Washington DC.