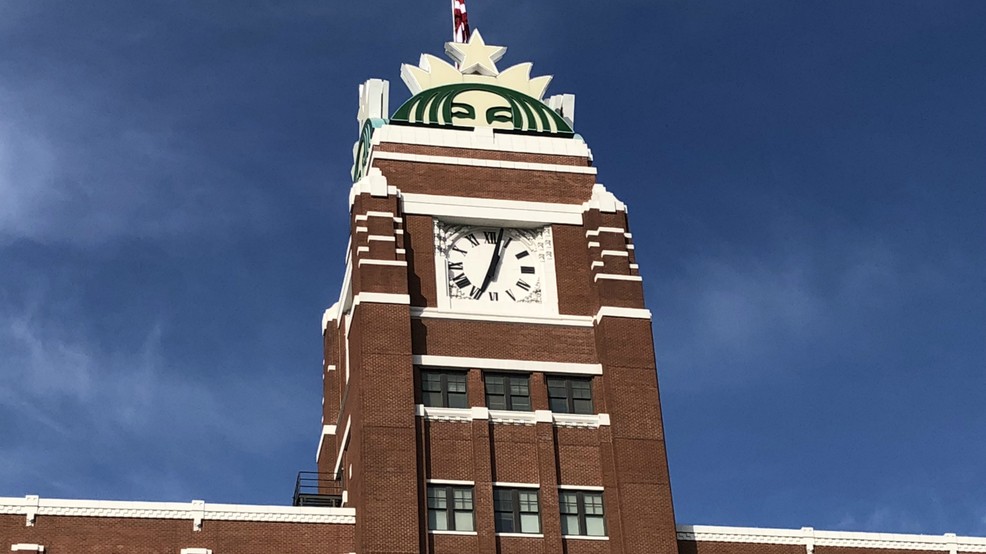 Seattle wouldn’t be what it is without its beautiful and unique skyline. From the sleek and elegant to the weird and whacky, you can find just about every type of building in the city. Narrowing them down is hard, but here are nine that really stand out.

While no one knows for certain which building is the oldest in Seattle, most experts give the Ward House the title for now. It is an example of the urbane Victorian style known as Italianate. The house was set for demolition in the mid-1980’s to make room for the Washington State Convention and Trade Center which thankfully was moved. Then in 1986, the building went through a complete restoration. Today, the house is home to Tola Capital.

Formerly named the Bank of America Tower and later Columbia Seafirst Center, this skyscraper was wasn’t just the tallest building in Seattle, but the whole West Coast until 2017 when it was surpassed by buildings built in Los Angeles and San Francisco. It however still has the tallest public viewing area west of the Mississippi. Originally, the building was meant to stand 1,006 feet tall, but the Federal Aviation Administration would not allow it being that it was so close to Sea-Tac Airport. The Columbia center features a base covered with Rosa Purino Camelian granite and the structure includes three geometric concave facades.

Built for the 1962 World’s Fair, the Space Needle’s futuristic design was “inspired by the idea that the fair needed a structure to symbolize humanity’s Space Age aspirations.” The Needle was built to withstand winds of up to 200 mph and earthquakes of up to 9.0 magnitude. The most recognizable building in Seattle recently had a major face lift removing the metal fencing around the observation level replacing it with floor to ceiling glass. The “skyrisers” are glass benches that sit next to the glass walls to give guest an “I’m sitting on a cloud” type of feeling. There is also The Loupe, the world’s first and only rotating glass floor to give guests a whole new kind of view. Whew!

Originally named the Experience Music Project, MoPOP was founded by Microsoft co-founder Paul Allen. The colorful building is hard to photograph as it looks different from every angle one views it from street level. One of its unique features is that the Seattle Monorail runs through it. The building features a mix of materials and colors including a lot of silver and “shimmering purple haze.” The building has its share of fans and haters alike. Some have compared Gehry’s design to that of a smashed electric guitar.

The Amazon Spheres consists of three giant “bubble” conservatories made from over 2,600 pentagonal hexeconthedron glass panels. The largest dome holds 3,225 of space and together they hold over 40,000 plants. 25,000 of those plants are featured in the space’s four-story tall “living wall.” You’ll also find waterfalls, trails, bridges, meeting spaces, retail spaces and one big “bird nest.” Built mainly for the employees of Amazon Seattle, the general public can view inside by booking a free tour of the company’s headquarters.

The Most Questionable: Epicenter Apartments

Love them or hate them, the Epicenter Apartments located in the “center of the universe” aka Fremont, certainly raise a few eyebrows. While some appreciate its artistic designs, others like weurbanist.com consider it one of “15 of the world’s most hideous buildings.” While the building itself is rather “normal-looking” (except for the crooked patios) what makes this build stand out is it bright colors and twenty-one welded and polished steel designs created by artist Mark Stevens. The building even features a few cut-out spaces where smaller sculptures live.

The Most Whimsical: Hat ‘n’ Boots

Originally built for Buford Seal’s “Premium Tex” gas station, which was to be part of themed shopping center called Frontier Village, the “hat ‘n’ boots” buildings now stand tall in Georgetown’s Oxbow Park. The “hat” once housed the gas station’s office while the “boots” were the restrooms (the smaller boot was the “ladies room” natch). When the gas closed in 1988, the wardrobe sat in disrepair for years before being moved to the park in 2005.

The Most Commercial: Starbucks Center

Built by the Union Pacific Railroad, this building was used as a success attempt to bring Sears, Roebuck and Co. to the city of Seattle. For years, it used to fulfill the Sear Catalog orders in the Western United States and Sears opened a retail store at the site in 1925. Sears’ catalog business closed in 1990 and the building was sold (but the retail store continued until 2014) and the building was called SoDo Center for a short time. In 1997, Starbucks (already a tenant in the building since 1993) moved their headquarters to the building and bought the naming rights making it Starbucks Center and christened it with a large copy of the company mermaid logo.

In 2005, the Seattle Central Library building won a national award from the American Institute of Architects as one of its favorite 150 structures in the United States. In a way, the building was built inside out. The architects decided to let the functions that happened inside the library dictate how it would look on the outside. The end result is a far cry from the very first downtown library that was built in 1906. Koolhaas describes the building as “large but not monumental.” You wouldn’t think so, but the aluminum mesh in between the glass grid actually reduces heat and glare in the interior of the building while the steel glass grid gives the building strength against earthquakes.