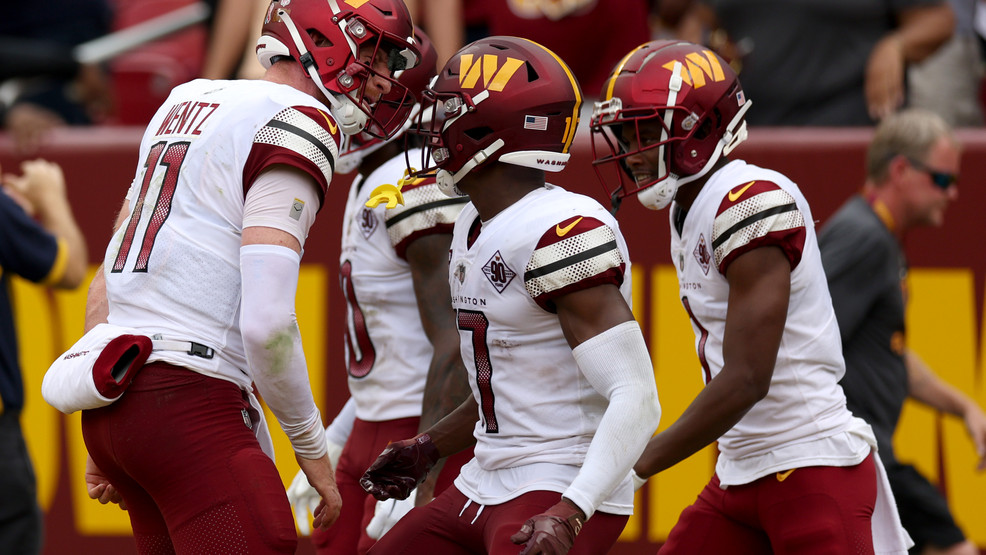 LANDOVER, MARYLAND - SEPTEMBER 11: Quarterback Carson Wentz #11 of the Washington Commanders celebrates with wide receiver Terry McLaurin #17 after the pair connected for a touchdown pass against the Jacksonville Jaguars at FedExField on September 11, 2022 in Landover, Maryland. (Photo by Rob Carr/Getty Images)
SEE MORE

The state of Washington has one NFL team, the Seattle Seahawks.

But another NFL team apparently likes to pretend it is based here, or at least forgot during an advertising meeting.

According to multiple tweets from the first weekend of the NFL season, the Washington Commanders are that team.

The tweets, first put up by NBC Sports reporter Pete Hailey, show an officially licensed Commanders' mug with a state outline. The problem? The Commanders are based out of Washington D.C. - not Washington State.

Another NFL reporter, Nicki Jhabvala, tweeted out the mugs were sold by the official team truck. However, they were removed at one point.

This is not the first, nor likely the last, time someone has mistaken the Commanders franchise as being from Washington state. But it's also a head-scratcher as to how it happened with officially licensed products.

There has been no published response from the franchise out of D.C. but they apparently sent Hailey a mug a few days later, per his Twitter account.