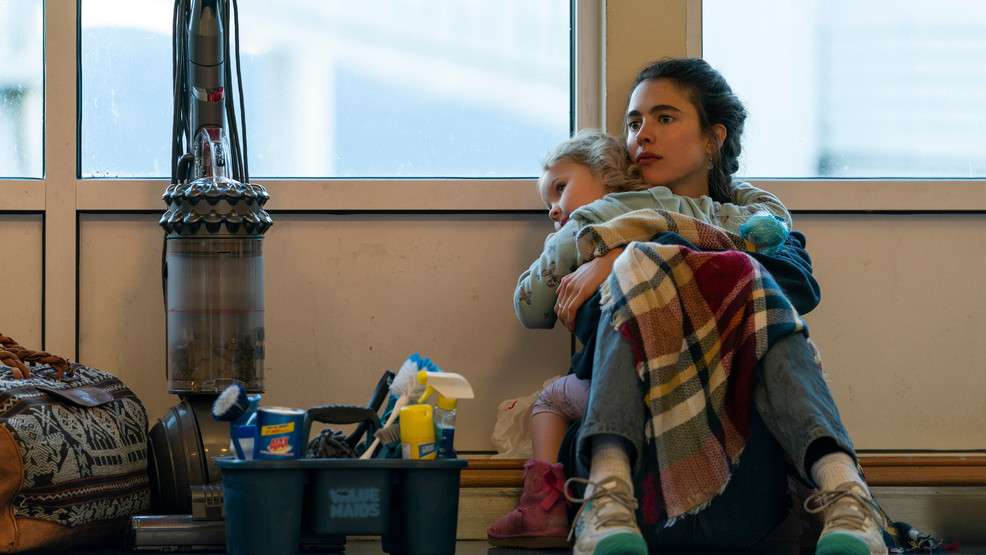 "Maid" on Netflix has become a mainstay on the top ten list since it arrived in early October, and it takes place right here in Washington.

The show follows a struggling single mother, working as a maid for the rich. It’s based on the real life memoir by Stephanie Land, who fell into poverty after fleeing an abusive relationship while living with her kid in Port Townsend.

Land says it was emotional to see her life story play out on screen, but says it was necessary to be shared, especially for those who may be going through similar situations.

"When I was a single mom and when I couldn't sleep, I would google things that were happening in my life. I just wanted to know I wasn't alone," Land says. "I just wanted to know there was one other person going through the same thing I was, and I could never find it, in any form of media. So I just set out to do that."

Land told me that she was judged by many for her circumstance. She says she wanted to tell her story to change the stigma surrounding homeless single mothers and those in need of government assistance.

"I think its very true that America has a cast system. And that we put a lot of value on the situation that you were born into, and the situation you arrive in in your adult life, but we don't think about how the bootstrap myth is no longer possible," Land said.

Despite her struggles while living here in Washington, she says she enjoyed our states beauty. Deception Pass and Anacortes were her and her child’s favorite places.