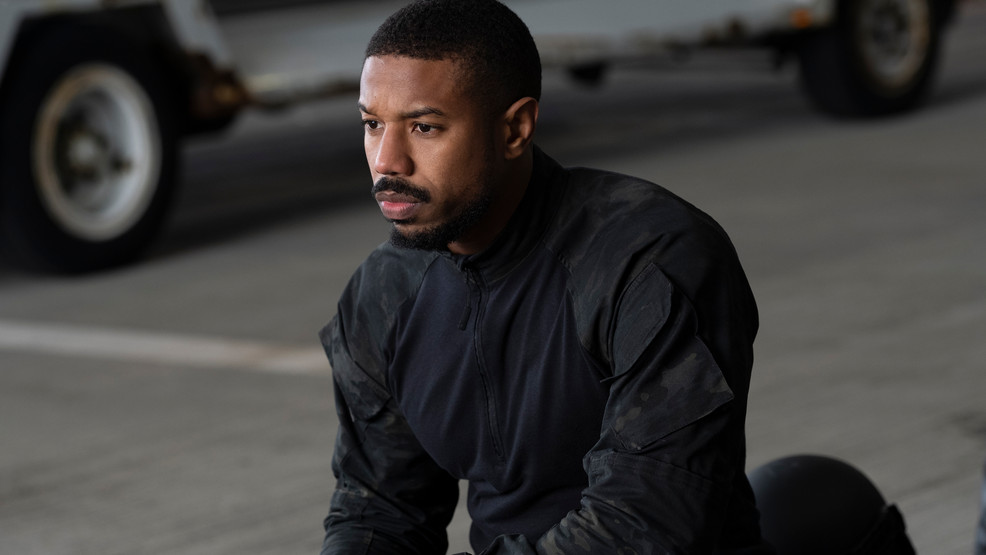 Review: 'Without Remorse' shines because of Michael B. Jordan

There is a formula when it comes to political thrillers, and Tom Clancy proved early on that he was the insurance agent-turned-novelist who defined and helped create the genre. His best-selling novels were adapted into popular, commercially successful films ("The Hunt for Red October", "Patriot Games", "Clear and Present Danger", "The Sum of All Fears"), and his two most famous leading men - Jack Ryan and John Clark - have been portrayed by the who's who of Hollywood. Even decades after his most well-known character was first introduced to readers, the newest iteration ("Tom Clancy's Jack Ryan") has two seasons with a third in the works at Amazon Prime.

In "Tom Clancy's Without Remorse", the first film in a two-picture package also at Amazon, John Clark is brought to life in an origin story that paints by the numbers, but ultimately pops off the screen only because of the skill, charisma and irresistible screen presence of Michael B. Jordan. Star power is usually important for these high octane flicks - what is "Indiana Jones" without Harrison Ford - but it isn't always as simple as having an attractive, talented face to keep complicated political action films from face-planting.

"Without Remorse" isn't a particularly labyrinthine story. John Kelly, Clark's real name before he had to change it to avoid fulfilling a murder conviction, is a Navy SEAL with the instincts and response time of a bobcat. His no-nonsense approach puts him at constant odds with CIA hotshot Robert Ritter (Jamie Bell) who is immediately our prime suspect for doing bad things...and we really can't get more specific than that because, if we're being honest, we just don't understand what about Ritter's actions are getting Clark's panties in such a twist. Ritter isn't clear with the team about a mission's specifics, and his bedside manner lacks tact and taste. At least, Clark has a comrade and confidante in his superior officer Karen Greer (Jodie Turner-Smith).

*A woman has yet to join the Navy SEALS, let alone hold a higher title, but we commend the film for not only hypothesizing the possibility/inevitably, and for giving us a strong, unemotional powerhouse so deftly portraying by Turner-Smith.

Following a seemingly routine mission, members of Clark's team are picked off one by one. Though the others are murdered in clean, quick manners, Clark's assassination is planned for the dead of night in his multi-story suburban home. The job is botched, and his pregnant wife Pam (Lauren London) is the unintended victim. Clark kills all but one of the intruders, and he survives with serious wounds. Like the origin of most super heroes, Clark's evolution from a by-the-books operative to a revenge hound thirsty for blood is almost immediate.

There are some predictable turns and daring skirmishes that follow, but even those feel strategic, like they were conceived separately as visually nifty sequences sure to leave an imprint on audiences and tied together with a flimsy string of Clark's decisions and emotions. A means to an adventure, not an end. We jump from killing a Russian bigwig who reveals the name of Pam's surviving killer to the assumption he's in Russia which leads Clark, Greer and crew to fly under the guise of a passenger jet where they plan to skydive to their destination. But wait! The Russians have found them out! So the plane goes down and Clark proves that his ability to hold his breath is better than Aquaman's.

Sarcasm aside, it isn't that we don't enjoy extending our disbelief; the action can be quite fun. No, the issue is that we see the con coming. The curtain is drawn back, and the Great and Powerful Oz is nothing more than the revival of a property with commercial appeal (and potential tie-ins with concurrent television programming on the same streaming site), an attractive, skilled lead and a faulty script plagued by the nearly 30 years it spent in development hell. It's a fine first installment for those with undiscerning eyes and zero expectations at being wowed by the ingenuity of the film's premise.

"Without Remorse" is available on Amazon Prime.