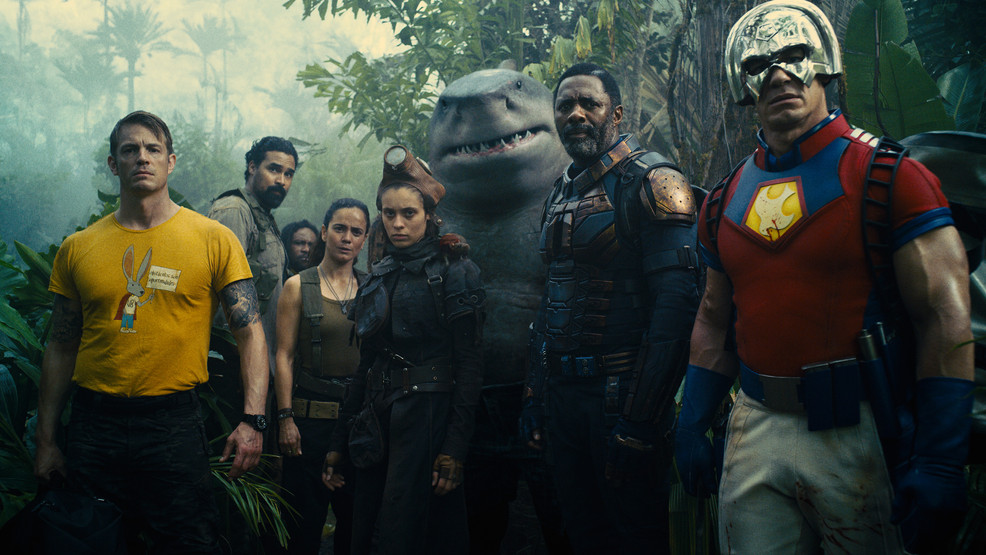 Review: In 'The Suicide Squad,' pandemonium has never felt so good

It became readily apparent with 2005's "Batman Begins" and its subsequent game-changing sequels that the only person I wanted to see behind a superhero franchise was ultra-genius mastermind Christopher Nolan. Now, with the release of "The Suicide Squad", an irreverent comic book adaptation that features all the rejected and defective toys from the Island of Misfit Subvillains, the only one worthy of bringing these alternative, often waggishly ridiculous characters to life is writer-director-fanboy auteur James Gunn.

This shouldn't be much of a surprise. After all, Gunn's first feature was "Super", a dark superhero satire which he followed a few years later with "Guardians of the Galaxy", the 2014 smash hit about a ragtag gang comprised of intergalactic marauders who saved the universe. Its soundtrack went Platinum and featured an array of catchy, chart-topping songs predominantly from decades past. Music as a cinematic tool allowed Gunn to punch up the laughs with zippy, sardonic juxtaposition, a style preference that hasn't grown old for the director. In fact, he's perfected the technique, and much of "The Suicide Squad" jumps from song to song in insular segments that tie together well enough.

But this is more than just a story about unlikely heroes rising to the occasion set to your parents mixed tapes. We've seen that done before with the similarly named "Suicide Squad" a.k.a. the laughing stock of the DC universe. That was under different management and even some of the main roles starred different actors (Will Smith, unsurprisingly, cut his losses and did not reprise his role).