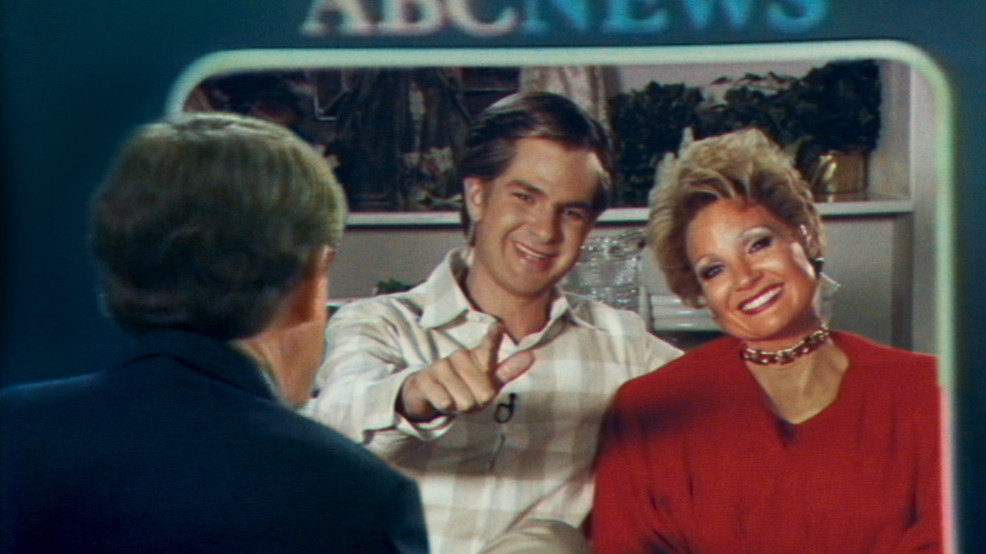 Review: 'The Eyes of Tammy Faye'

There has hardly been a greater and more proverbial fall from grace than that of Jim and Tammy Faye Bakker. Two of the most televised evangelical preachers-turned-money-hounds, the Bakkers were the pinnacle of greedy entrepreneurs that so defined the opulence of the 1980s. They learned quickly how to take advantage of God-fearing Americans the country over by reaching them directly through the growing medium of live television.

Based on the 2000 documentary of the same name, "The Eyes of Tammy Faye" operates as a straightforward, paint-by-numbers biopic that is not attempting to go any deeper than the layer of cosmetics on every face in this film. Tammy Faye (Jessica Chastain) was brought up in rural Minnesota, the oldest of eight children. A product of her mother's previous marriage and eventual divorce, Tammy was a stain on the family name until she found acceptance in the church early on, putting on a show as proof of her devotion to God.

While enrolled at North Central Bible College in Minneapolis, she meets Jim Bakker (Andrew Garfield), and once they are together, their rise to fame and fortune is seemingly meteoric. They find their adoring public with the inventive puppet show that airs on the Christian Broadcasting Network. With it, they become household names and go on to found "The 700 Club," in which they starred as the series' first hosts, following it up with "The PTL Club," a talk show-esque television program that spewed Christian values while poaching money from unsuspecting viewers.

The duo hit a few roadblocks, and their critics were often the other powerful figures within the televangelical community: media mogul Pat Robertson (Gabriel Olds) and conservative activist Jerry Falwell (a completely unrecognizable Vincent D'Onofrio). Once the money train starts, it doesn't stop for quite some time. The pair preach their way into hundreds of millions of dollars meant to go towards their ministry and an elaborate religious-themed amusement park, but that is secretly funneled into their lavish lifestyles: houses on the water, fur coats and private jets.

All things, even for the rich and fabulous, must come to an end. Jim Bakker's philandering ways, namely affairs with multiple male and female staff members as well as accusations of sexual assault, become the catalyst for investigations and eventually lead to his conviction on 24 counts of fraud and conspiracy. For her part, Tammy Faye has an affair with a music producer that further contributes to the breakdown of their relationship. The primary allegation the film makes about Tammy Faye, however, is that she was a victim of Jim Bakker as much as the thousands of followers who were financially swindled.

This is perhaps where the film does it wrong. Given an opportunity to dive deeper into these two incredible, cartoonish, but completely real personalities, the film squanders it on pure optics. Both Garfield and Chastain look the parts, donning pounds of prosthetics (the Tammy Faye cheeks alone must have weighed ten pounds on Chastain's slender face) that give them bonus credentials. Their performances will surely push for award contention in a few months, and the script by Abe Sylvia allots plenty of Kodak moments to splice into a riveting highlights reel.

But a handful of hearty monologues, a mastery of the iconic chuckle and showcasing a character's Pompadourean hairstyles like conveyer belt sushi does not the biopic make. The film scratches only the surface of who Tammy Faye was. She was a pioneer for women in many ways, being one of the only females that the misogynistic evangelical elite allowed to join their broadcast ranks. She advocated for LGTBQ+ rights and voices, becoming something of a gay icon. She renounced the judgment and condemnation that her Christian contemporaries placed on "alternative lifestyles" and was surprisingly accessible and open-minded.

These are wonderful things, but this is also the woman who was embroiled in one of the biggest scandals of that decade. She profited from the stolen funds but then claimed ignorance when the charges fell. There is complexity to Tammy Faye the film doesn't dare explore. The dichotomy of her character is undeniable that she is both a tough woman and a fragile flower, but what is the truth, and what is sheer convenience or born from necessity. There is more behind her thick mascara and tattoo lipliner, but we focus too much on the fake exterior that surrounds her eyes and not nearly enough inward to the soul of who Tammy Faye was.

"The Eyes of Tammy Faye" is in theaters now.