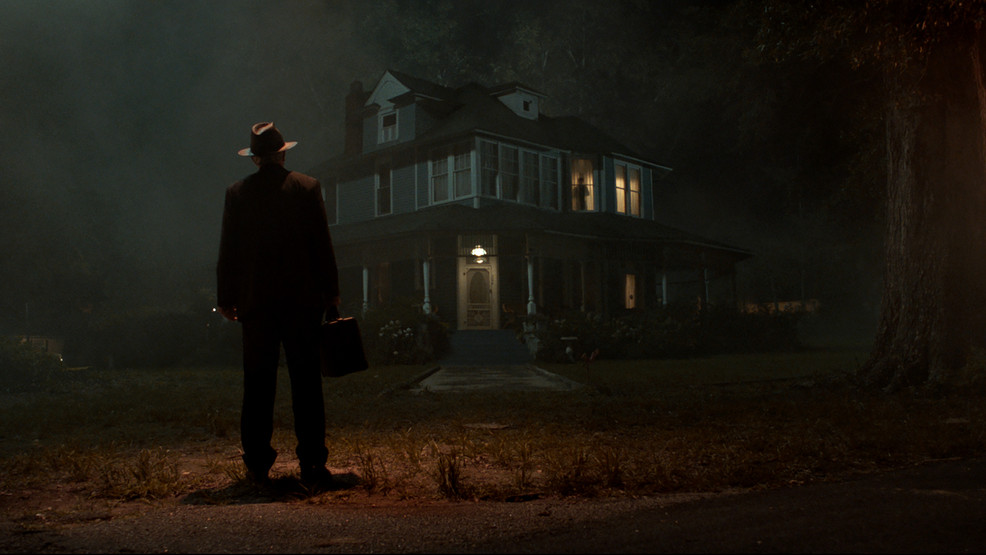 Review: 'The Conjuring: The Devil Made Me Do It' will surely cause a rift amongst fans

The newest installment into the billion-dollar "Conjuring" franchise is surely going to cause a rift among its fans. What started with 2013's "The Conjuring", a movie that revitalized the supernatural haunting subgenre and inspired eight films of similar content - possessed dolls, demonic nuns, true-life poltergeist cases - continues with "The Conjuring: The Devil Made Me Do It", another story pulled from the files of real demonologists Ed and Lorraine Warren about a murder trial that captivated the nation with the catchy, now-iconic defense: "the devil made me do it". It was the first case in the U.S. to feature a defendant claiming demonic possession as proof of innocence.

Opening with a traditional exorcism - even camera angles and mood-setting alludes to the father of all exorcist movies - the film leads Ed (Patrick Wilson) and Lorraine (Vera Farmiga) down a path they haven't taken in prior movies. If you're looking for the franchise's tradition of focusing on a haunted house or person, usually a child, with religious iconography sprinkled throughout and funny games that allow the spirits to spook their prey, then you are not prepared for the roller coaster that ensues.

There is a haunting, of sorts, but this time it is Arne Johnson (Ruairi O'Connor) at its center. He inherits a curse from his girlfriend's brother David Glatzel (Julian Hilliard), the focus of the aforementioned exorcism. The hand-me-down curse causes Arne, in a haze of confusion and delirium, to murder his landlord. Eager to prove his innocence and track down the cause of his unholy haunting, Arne and the Glatzel family hire the Warrens to find not only their supernatural foe, but also enough proof to convince the jury to clear him of all wrongdoing.

Detective hats on firmly, Ed and Lorraine discover an ominous totem left at the Glatzel's house that has summoned the curse. This leads the Warren's on a wild goose chase in search of answers, linking it to other cases in the area of otherwise normal people moving far outside their character with unexplained murderous rampages.

The parts of the film's plot are interesting pieces, fashioned together into a hodgepodge journey that is both an entertaining mystery and an underdeveloped literal witch hunt. The villain, a broadly-named, staunchly-styled woman known as The Occultist (Eugenie Bondurant) is terrifying in her omniscient capabilities, but also several steps removed from the audience. We are given nothing about her past until the final reveal and less than nothing about her motivations, except, of course, that the devil made her do it, too.

The first in the core trilogy with "Conjuring" in the title not to be directed by James Wan and written by Chad and Carey Hayes, "The Devil Made Me Do It" is a culmination of different horror genre parts. What begins as a film about an exorcism pivots into a tentative courtroom drama that then morphs into a wild goose chase of a veiled villain who casts dramatic spells from her dank lair covered in stereotypical wax candles and sinister symbols. Like its predecessor ("The Conjuring 2"), this film also puts Ed's life on the line, creating a familiar, overdone plot detail wherein Lorraine, the clairvoyant half of the power couple, is responsible for steering her husband clear of his own demise.

We do get more on Ed and Lorraine's sweet, symbiotic (others might call tyrannically codependent) relationship built upon the steady foundation of previous films. It is a highlight this go-around. However, the antidote they concoct to purportedly defeat The Occulist - "love conquers all" - is a bit too saccharine to swallow, and the serendipitous nature with which they solve the mystery is too lucky, too unbelievable to digest.

For some, this follow-the-clues premise with many winding conclusions and incredible finds may be exactly the turn they need these films to take in order to grow and expand the "Conjuring" universe from haunting-centric stories to ones more complex. For others, like myself, "The Devil Made Me Do It" is exactly the kind of excuse we expect to hear from a property that takes every truism in the genre, throws them against the wall and uses whatever sticks.

"The Conjuring: The Devil Made Me Do It" is simultaneously in theaters and streaming on HBO Max.