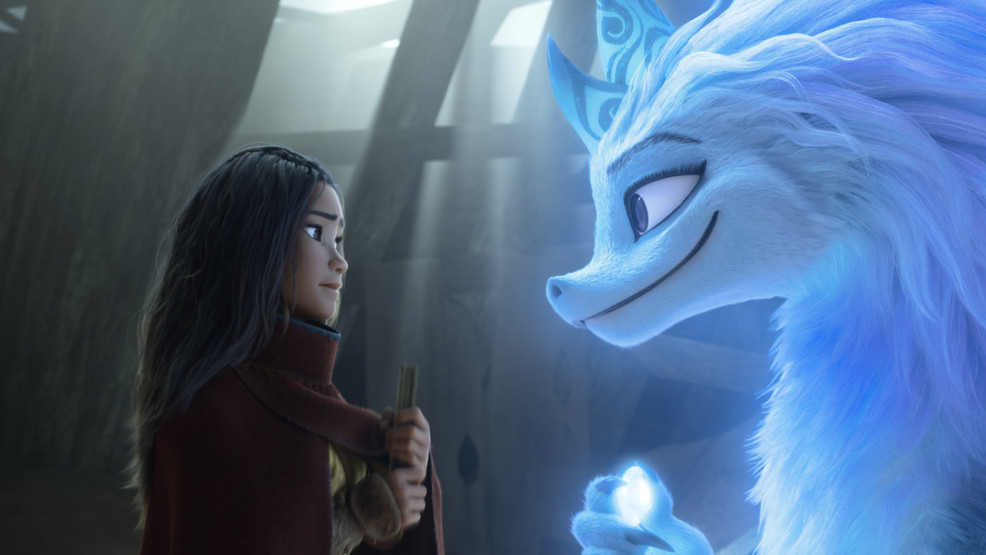 Review: The liveliness & energy of 'Raya and the Last Dragon' are undeniable

The world has spoken, and Disney has listened. The latest admission into the Disney vault is "Raya and the Last Dragon", a female-led, swashbuckling action-adventure set in a fictional Southeast Asian land, featuring an all-star cast of Asian voiceover actors. Riding the coattails of Disney-Pixar's latest film "Soul", which saw the animation studio's first African-American lead in a feature film, "Raya" uses the formula that Disney has mastered over the years, but brings an added layer of diversity and innovation that is not only refreshing for a company as old and profitable as the mouse ears, but is essential for progress.

For one, there are few female leads, animated or otherwise, like Raya. Unlike princess protagonists of Disney yesteryear, she has no interest in a prince to save the day. She doesn't even have a slight romantic subplot to subliminally let young audiences know that she can only be successful if she defeats the villain and gets the guy (ahem, "Mulan", ahem). In fact, don't even call her a princess; Raya (Kelly Marie Tran) is a warrior. Five hundred years ago, her homeland, Kumandra, was invaded by the Druun, fast-moving purple blobs of an unknown malleable substance that could turn anything in their path to stone. Dragons, once common to the land, were all but extinct. It was the joint power, love and ultimate sacrifice of the few remaining dragons that allowed one in their number, Sisu (Awkwafina), to expel the Druun entirely.

Saved from the mysterious, magical apparitions and left with the Dragon Gem, Kumandra is now torn apart by civil unrest. What was once unified is now many nation-states, each named for various parts of the dragon (Heart, Talon, Spine, etc). Raya along with her father Chief Benja (Daniel Dae Kim) guard the Dragon Gem in Heart, a luscious land imagined with intricate details and imagery taken from the scouting trips that the filmmaker's made to Southeast Asia.

Like most of Disney's films, there is a loud underlying message they often like to beat you over the head with. In "Raya", it is that without trusting others, you can't accomplish anything. As such, things in Kumandra are separate and not equal. In an attempt to make a peace offering and unify the lands, the chief brings the other leaders together. However, where there is no trust, there can be no compromise, and instead, Raya leads Namaari (Gemma Chan), a princess from Fang, right to the Dragon Gem's hiding place. The stone breaks into several pieces, ushering back the Druun which now roam the land, slowly turning the entire Kumandra population to stone.

Raya is independent and strong-willed, taking the challenge of rectifying her mistake. There may be a lot of story and many emotions for young children to fully grasp, but that is why the film feels so well-rounded and why we identify with Raya so easily. Six years later, she finally finds a way to bring Sisu back. Awkwafina as the goofy water dragon quickly becomes a major highlight of the film and is reminiscent of past established comedians who have lent their voices to now-iconic animated roles (Robin Williams as the Genie in "Aladdin" and Eddie Murphy as Mushu in "Mulan" come to mind). Like the greats before her, Awkwafina throws her body into her voiceover acting, so much so that when Sisu finds a temporary human form, all we see is the comedienne, from her physical features to her mannerisms.

The work isn't done, however, and Raya and Sisu must retrieve the other pieces of the Dragon Gem. Along the way, they make friends in the various lands - an orphaned boy named Boun (Izaac Wong) with a boat, a penchant for cooking and suave moves, a baby with a taste for the con and three monkeys as her accomplice, and Tong (Benedict Wong), the last of his clan - proving that trusting others is the only way to get anything done.

The setting of the film is obviously drawn from real places with ornate, but still very true-to-real-life enhancements that only Disney knows how to accomplish. There is a mystical floating market with houses and trading posts lit by lantern, almost straight out of a James Bond movie. Booby-trapped caves and desert landscape give warm-and-fuzzier "Mad Max" dystopian vibes. Raya, hat brim covering her face, rides through the tundra on her oversized pill bug Tuk Tuk, a constant companion that, like with most Disney films, softens the story for children and provides some comedic relief. Sisu is also a source of levity and acts as the film's moral compass.

In short, "Raya and the Last Dragon" works so well because of its success in the world-building department. The settings, the characters and the journey never feel inauthentic. We are transported on a quest of mythical proportions, one that moves quickly, but still allows us plenty of moments to soak in the message and appreciate the details. The performances, albeit voiceovers, instill the animation with a liveliness and energy that are undeniable, and the message about trusting people with whom you think you have nothing in common could not be a more pertinent lesson to teach audience members...of all ages.

"Raya and the Last Dragon" is available on Disney+ with Premier Access.