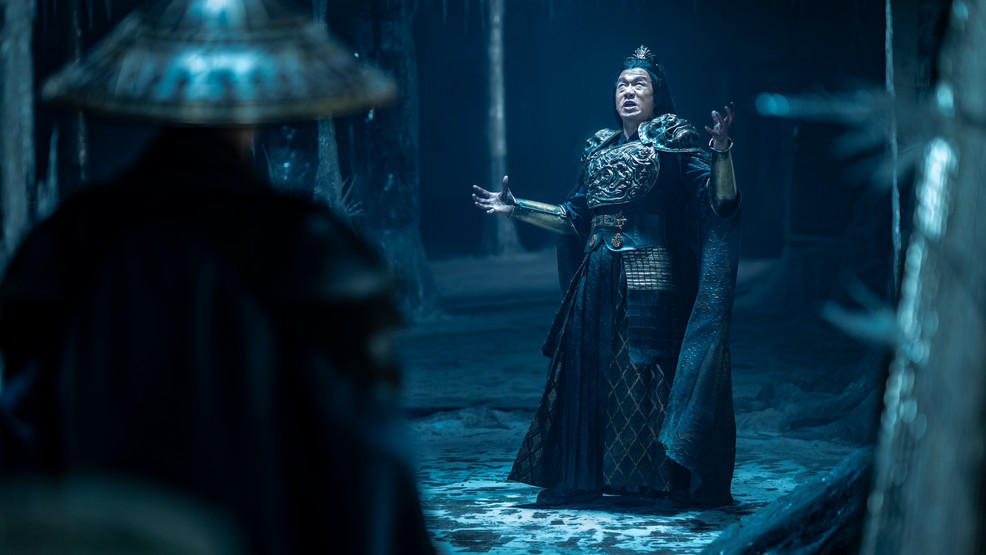 If you don't know much (or anything) about Mortal Kombat, the 90s media franchise centered around a series of video games, then you certainly aren't alone. I knew virtually nothing about it before taking on this review which makes for a very difficult time when it comes to critiquing the resurrection of a property as convoluted as this one. The main issue is that there is so much history to "Mortal Kombat" - worlds and characters, various iterations including a card game and comic books as well as storylines that span decades across these mediums and even popular catch phrases only true fans would be able to identify - that starting with the newest film, "Mortal Kombat", is like joining a marathon on mile 25. I've missed all the hills and valleys and have far less understanding of the process than those who've been wearing in these characters since 1992.

But similar to any films derived from dense source material, there really shouldn't be a requirement on the moviegoer to backlog the minutiae of history in order to appreciate or understand the work itself, and it is to the credit of "Mortal Kombat" that it never feels exclusive to insiders. Taking the time to properly introduce each character and give the Mortal Kombat universe some history and context, this film with first-time director Simon McQuoid at the helm has two objectives: to appease long-time Mortal Kombat followers with a number of Easter eggs, and to open up the world for all to feel welcome.

Fans of laughably-terrible-turned-cult classic films may have seen the original "Mortal Kombat" from 1995 that first introduced many of us to the tournament of martial artists. (Who could forget the ridiculous and problematic whitewashed casting of Christopher Lambert as Lord Raiden?) However, that and its sequel ("Mortal Kombat: Annihilation") closed the cinematic chapter for over twenty years by producing a lackluster introduction to the property with underdeveloped characters and comical action sequences. It is with great relief that this new whack at it is, at the very least, attempting to give Mortal Kombat a fighting chance at longevity by skipping the tournament this round and simply allowing its well-known characters to introduce themselves and breathe some life into their legend.

We first learn of the ancient rivalry between two fighters when we witness Sub-Zero (Joe Taslim) murder Scorpion (Hiroyuki Sanada) and his family in their own home, leaving just the baby alive hidden below the floor boards. She is rescued by Lord Raiden (Tadanobu Asano), the eternal God of Thunder, a protector of the Earthrealm and one of the original seven playable characters in the game. Scorpion's bloodline lives on, and centuries later, it is one such descendent, Cole Young, an MMA fighter with a family of his own, who discovers the truth about a mark he's had since birth: he has been chosen by destiny and his DNA as a kombatant to safeguard Earthrealm which has been at odds with Outworld for centuries.

Outworld consists of gruesome fighters including Sub-Zero and led by Shang Tsung (Chin Han). Though they have been the main victors in battle recently, they fear a prophecy that predicts a hero will emerge to unite Earthrealm and give it the upper hand. Though they are not supposed to fight except in the official tournament, Shang Tsung doesn't give a flying high kick, sending his minions to kill the designated defenders of Earthrealm before they even understand the power of their Dragon markings and can reach their full potential.

In the generalized, predictable, easy consuming way of the better video game or comic book adaptations, "Mortal Kombat" is enjoyable enough. Unlike its predecessor, the film focuses on the graphic authenticity of the fights, as well as the richness of its high concept characters. In particular, the explicitly vivid imagery of the mythical warriors (Sub-Zero, Scorpion, Shang Tsung, Lord Raiden, etc) elevate the film to at least a well-made action romp.

The intricacies of the film's plot are hardly clean, but that is the fault of the franchise itself. Looking too closely at the details muddies up the fun to be had by simply enjoying its absurdity. Filmmakers this round have taken what was developed in previous iterations and double down, and it is the film's enthusiasm and confidence that allow the audience to believe even the silliest of subplots.

There is plenty of fighting - in fact, possibly too much fighting and, at times, fighting for reasons unknown - but that is a blessed change from the talk-heavy, action-light first adaptation. The human characters (Sonya Blade, Jax and Kano, namely) often feel like military Barbies that dress as you'd expect and spew cliche banter. But this is still within reason for the kind of film "Mortal Kombat" ultimately is. If you aren't prepared for light eye rolling and regularly questioning "Why would they do that?", then you won't get to succumb to the raucously silly, easily forgettable, highly consumable fun that has potential to be.

"Mortal Kombat" is in theaters and streaming on HBO Max.