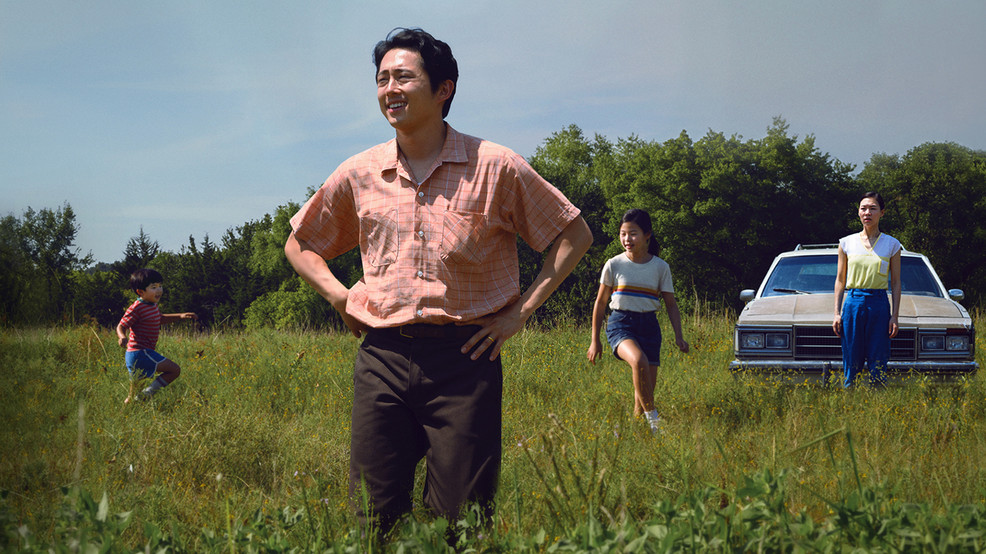 Review: 'Minari' is a sweet, melancholy look at the immigrant experience

As we spent the better part of last year reflecting and reevaluating what it means to be "American", there is perhaps no better time for a mess of films that detail the seemingly endless number of varying American experiences. "Minari" by writer-director Lee Isaac Chung is the tenderest of such colloquial exposés, a simultaneously sweet and melancholy look at the immigrant experience, based off that of Chung's family, who immigrated to America from Korea and settled in rural Arkansas where, like the film's characters, the real-life counterparts bought a defunct farm.

Jacob (Steven Yeun), the family patriarch, is fearlessly optimistic, so assured in his ability to succeed that he is willing to put his family's happiness and comfort on hold in order to kickstart his dreams of running a lucrative farming business. He has moved his wife Monica (Han Ye-ri) and two children Anne (Noel Kate Cho) and David (Alan Kim) to the middle of a foreign country. They first find work at a chicken factory, identifying the sex of the chicks. The females are kept to lay eggs and produce viable breast meat; the males are discarded, a kind word for "thrown in an oven". It is an ugly business that has no place in their lives except as a check each month, and, though it may be a fascinating job worth a deeper dive (note to self: research consciously farmed chicken), this isn't a political film.

There is surely a correlation that Chung would like viewers to make with the act of sorting the small, helpless chicks and the precarious nature of diaspora. The thin veil between living and being killed is something completely out of their control, both the chick's and the immigrant's. How they are born, male or female, dictates what happens to them. Similarly, society and human life is so much of who you are, where you were born and to whom you belong. Things beyond your control, some call destiny or fate, determine where you will go in life. And this is particularly true for immigrants in a country that, though touting the "American dream", makes it exponentially harder for newcomers to succeed.

While Jacob works tirelessly, with the help of the town outcast Paul (Will Patton), to set up his crops and establish an irrigation system that will keep his plants alive, our attention is on Monica who is wary of Jacob's grand plan. Her skepticism is a blow to their relationship and to his confidence, though they have no real choice but to push through it. Feelings are a luxury they can't afford quite yet. Monica distracts herself with the arrival of her mother Soonja (Yoon Yuh-jung), who moves from Korea with a few bags of clothing and some much appreciated delicacies from their homeland. David, expecting a certain type of grandmother to arrive, is shocked by the elderly woman he meets instead.

Yuh-jung is divine in a role that requires the most innate level of authenticity from its player. She is surprisingly funny - her timing is precise and unexpected - yet the film also necessitates something else from the actress. Soonja is whimsical, but well-worn, and her situation fluctuates between comedy and drama quickly, forcing Yuh-jung to master both faces. She laughs inappropriately and delights in the strange things, yet we are thrown into shock when things take a nosedive. David, born in America, is at first disgusted with this woman who is nothing like he thinks she should be. Their friendship finds a groove that warms up the narrative; it is their relationship that drives the film.

Jacob and Monica have lost their path towards the dreams they once fought so hard to secure. She wants what's best for her family in the here and now which means keeping them together and focusing on their collective happiness. He is swept up in the possibilities of what hard work, and consequently, neglecting your family, can bring. The fruit of his labor is both tangible (and literal) and still out of reach. The conflict in "Minari" between the two cultures - the one they were born into that stressed the family unit versus the one into which they are now trying to assimilate which requires more work, more time, more money, more more more - results in a beautiful representation of immigrant life. The convergence of these differing people and ideologies - the vibrant, wide-eyed youth alongside the jaded adults, the new plants Jacob must learn to farm set against the wild "minari", or Korean watercress, that Soonja finds growing in a creek - is what makes the film fresh, vibrant and real.

"Minari" is in theaters and available for online virtual screenings today.